A violent drunk stopped rail traffic after a vicious bashing of a truckie at a petrol station that could have proved explosive, a court has heard.

A fuel delivery truck driver has been left traumatised, bloodied and permanently scarred following a vicious late-night bashing that could have had explosive consequences.

Maxwell Jade Dunn, 23, of Manly West was supported by family at his Wynnum Magistrates Court appearance on Friday.

Dunn pleaded guilty to a swath of offences.

A charge of grievous bodily harm was reduced to assault occasioning bodily harm.

On July 16 at around 11.45pm services at Wynnum Central Station had to be suspended for 15 minutes after a grossly intoxicated Dunn caused a disturbance by climbing onto the railway structure.

When police arrived they received reports of Dunn’s bloody chaos committed earlier on the night.

The court heard Dunn had earlier approached a truckie refuelling a Seven-11 service station in Wynnum and kicked at the refuelling equipment within a clearly marked exclusion zone.

When the truck driver warned him of the extreme danger present, Dunne punched the man repeatedly in the face.

Photos tendered to the court showed his injuries which included two cut eyebrows and a broken nose.

According to police, the “traumatised” victim required five stitches, surgery and will carry a permanent scar.

Magistrate Zachary Sarra noted had a spark caught flame while Dunn was kicking the refuelling equipment it could have resulted in large scale destruction. 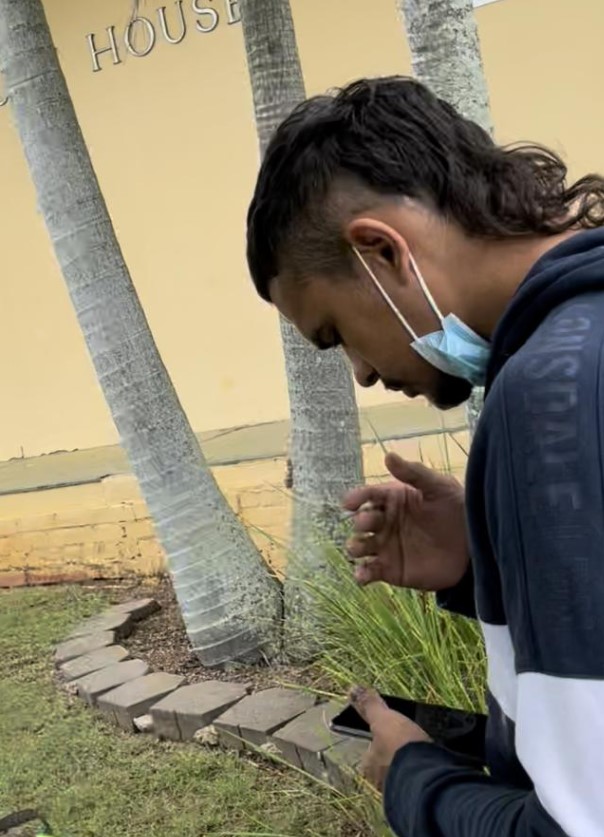 On September 16 police arrived at a Manly West disturbance to find a heavily intoxicated Dunn yelling, screaming and asking for help.

While transported to hospital by police the defendant spat repeatedly in the vehicle and bashed his own head bloody.

His belligerence continued once at hospital where he frightened elderly patients while yelling obscenities.

He committed his second serious assault when, upon police placing handcuffs on him for his offensive behaviour, he headbutted an officer.

The court heard his violent offending was made worse for targeting victims from whom he had received assistance.

It came on the back of a criminal history that included a previous offence of serious assault committed in 2015 and multiple sentences of probation.

Defence solicitor Lyle Parker said his client’s major downfall was alcohol consumption which regularly led to blackouts and a loss of memory of his violent offending.

Dunn was described by supporting family members as an otherwise kind person and talented footy player brought down by alcohol abuse.

Mr Sarra noted Dunn came from a family of hardworking shift workers whom he had shamed with his disgusting behaviour.

Mr Sarra noted further that claiming a lack of memory of one’s ill deeds was the coward’s way out and showed CCTV images of Dunn walking around shirtless like an “idiot”.

“Amnesia is the refuge of scoundrels,” Mr Sarra said.

He was further sentenced to 12 months’ probation, fined $500 for breaching his bail and ordered to pay his service station assault victim $600 in compensation.