Wessel Petroleum has been a fixture in the Australian petroleum industry since its inception in 1947 and 75 years later remains family owned and operated with a third generation of Wessel at the helm.  The longevity of the dynasty is put down to hard work, understanding communities and customers, and a willingness to push past the comfortable and plan for the future.  This founding ACAPMA member is the focus of this weeks Member Highlight.

Arriving at one of the brand new Wessel Petroleum sites, with its expansive canopy and standout carwash, it is easy to assume that this slick site is part of the corporate stable, but it is, like so many of the sites across Australia, a family run site and represents a journey of three generations and 75 years.

When Wessel Petroleum started in 1947 by Henry Wessel, it was a dedicated fuel distribution business servicing South East Central Queensland communities.  After 45 years of operation, the CEO position was passed to the second generation in 1992 when Paul Wessel took the helm.

After 27 years that saw Wessel Petroleum move away from the distribution side and to focus on the fuel retail side of the business, seeing expansion up and down the Queensland coast and into the central spaces, Paul retired in 2019 passing the CEO role to his son, and the third generation of Wessel in that role, Kurt Wessel.

Far from inheriting a role Kurt came to the CEO position after a long and detailed apprenticeship in the business.  Kurt learnt the family business from the ground up and from all angles, taking his first role in 1999 as a kitchen hand before moving through all other roles in the business, including fuel tanker driver, transport depot assistant, console operator, site manager, area manager and retail manager before assuming the CEO role.

“The business has grown to 20 sites and almost 300 staff.  There are of cause challenges that come with that level of expansion, but the business has grown slowly and steadily and has invested heavily in ensuring that our processes and admin systems are suitable to support us now and as we grow into the future.  We want to be able to focus on delivering the best business results and the best service to our communities, not on constantly patching and upgrading systems, so we design and build our internal systems to be future proof” explains Kurt.

This future focus is reflected in more than the business systems.  After taking the reigns from the (semi) retired Paul, Kurt built on the businesses retail expansion and refurbishment with a focus on food, coffee and the future.

“Our refurb program for the network is detailed and long term in focus.  We have taken the time to ensure that where we are doing upgrades or refurbs that we are building in space and connections for future fuels like electric charge bays and infrastructure” added Kurt.

“We will deliver for our customers and communities what they need, food, fuel, car and pet wash, whatever the community needs we are committed to delivering it now and being ready to deliver in the future.  Where the community may not yet be ready for electric vehicles but we are doing a refurb we are working with our builders to ensure the pre work is done so we can get connections done simply and easily when the community is ready” continued Kurt.

In 2019 as a new CEO Kurt led Wessel Petroleum into uncharted areas, taking on the businesses first greenfields sites…two of them…at the same time.

“It was a massive challenge and a massive learning curve, but it is one of the business successes that I am most proud of to date.  I knew it would be hard work, but it was madness for a few months there.  Doing two at once, first time out of the gate was a lot.  We pulled it off, but there were more than a few tired people in the businesses before we cut ribbons” explains Kurt.

My advice to anyone taking that big step to building your first site from scratch is this, don’t do two at once, and get really good partners.  We partnered with consultants who did all the DA approvals, worked with council and helped negotiate the building contracts.  We could not have done it without them” adds Kurt.

“Personally I learnt new levels of time management and prioritisation, as well as just really hands on understanding of the building and fit out processes that has been very valuable” explains Kurt.

“The other big lesson for us was to plan for changes.  A plan is just a plan, you need to be able to change things on the fly and to have builders and funds to do that” continues Kurt.

“One of the opportunities that the greenfield sites offered was to move into the car-wash space, which has been very exciting.  We have two Blitz Car Spa & Dog Wash locations that are an interesting addition to our offering and are really delivering well and I’m keen to explore expansion where it makes sence” explains Kurt.

The new sites are not the only change, Kurt overseen an expansion and refurb that has included a refocus on food and coffee – with some sites seeing a tripling of sales following refurbishment.

“As challenging as the greenfield sites were we learnt so much, it is notable how much it has helped the business and the skills that we now have.  Even for our refurb program, we now look at plans and changes after doing the new sites and we can quickly interpret the plans and direct the builders much better.  It was hard work, but well worth it, and the sites are really amazing” adds Kurt.

“There is a big focus in our industry on food, and I agree there needs to be a fresh and engaging offer instore.  I am a big believer in delivering hot, fresh food that the customer wants.  It has to look good, has to look appetising, and then it has to be as good as it looks.  Anytime you introduce a new food line or a new store you have to go through an adjustment period working out what it is that the customers actually want, not what they say they want, but what they actually want.  Often people will say they want healthy salads, but it is the fresh hot box that sell.  So you have to deliver great food that customers actually want and be prepared to give new things a go, there will be waste in the initial stages, and that is ok, as long as you are watching what the customers want, and are adjusting your offer to that” explains Kurt. 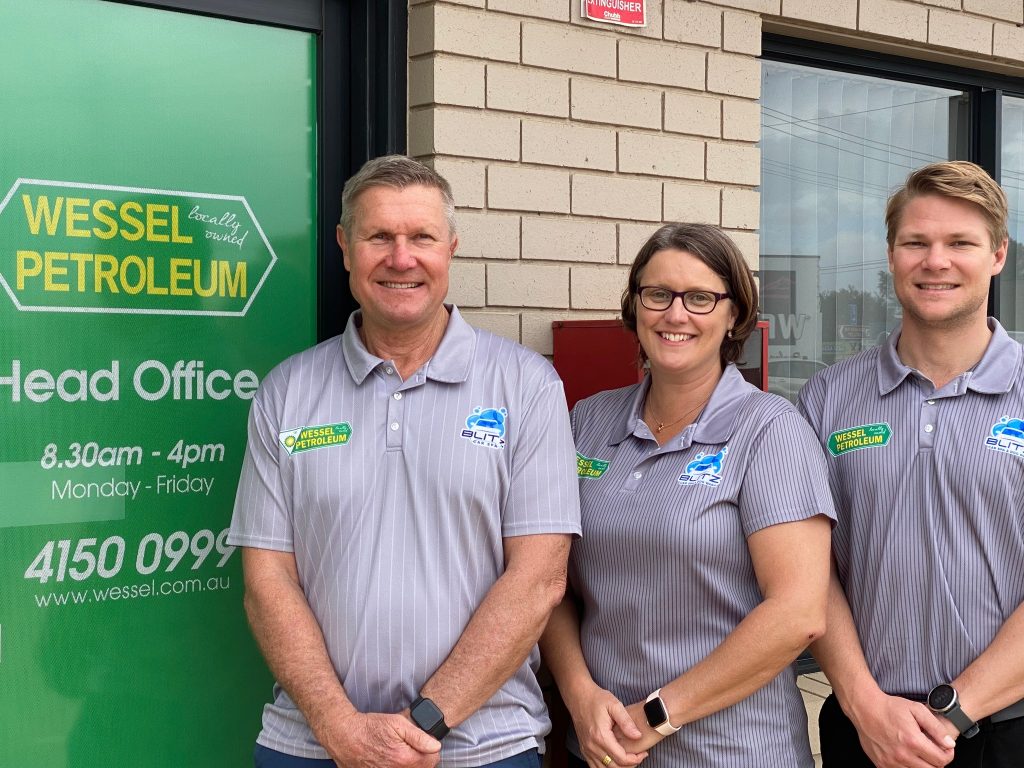 “There is an element of introducing the community to new things, or a new way of doing things, but you have to respect what the community you are part of wants.  We are part of our communities in more ways than selling food and fuel, and the community is not shy in engaging with us on what they like and don’t like through those forums” adds Kurt.

Wessel Petroleum has long supported many community charities and sporting groups across many areas and sports, but the surf boat club at Bundaberg has a special place in the business, being a passion of both Paul and Kurt, who have both had some considerable race and club success.  This support includes the operation of the Bundaberg Surf Cup.

Wessel Petroleum is a third generation family business that is growing and moving with the times, but with a clear focus on long term stability and community engagement.  Congratulations on 75 years and may the success continue for many more.