Lithium miners Sayona Mining and Lake Resources have gone from penny stocks to being valued at more than $1bn in the space of a year as the world transitions to electric vehicles.

That’s the message from lithium miners Brisbane-based Sayona Mining and Lake Resources, who joined the “big league” this week when they officially entered the S&P/ASX300 index.

Being part of the top 300 ASX companies is a big jump in status for both companies, which have climbed from being virtual minnows barely a year ago to now each being worth more than $1 billion in market value.

Institutional investors that previously might have thumbed their noses at such juniors will now be forced to acquire shares in the stocks, giving added support to their recent market gains.

And wiith the global electric vehicle revolution fueled by lithium powered batteries picking up speed, investors are betting there is little sign of a slowdown anytime soon for both firms.

For Sayona founders and former Ipswich coal miners Brett Lynch, James Brown, Allan Buckler and Dan O’Neill the entry into the benchmark is justification of their bet to back the company more than a decade ago.

The gains also reflect efforts to engage with a range of investors and other parties, including another Brisbane success story, Novonix, with its proven battery testing. Novonix has verified the commerciality of Lake’s lithium convincing investors that its product was worth backing.

Sayona’s current market cap approx of $1.5 billion comes after its share price shot up from 1 cent in January 2021 to 21 cents on Thursday.

Lake’s current market cap $2.2 billion is based on a share price of $1.78 reached at Thursday’s close from a mere 8 cents in January last year. Watch this space! 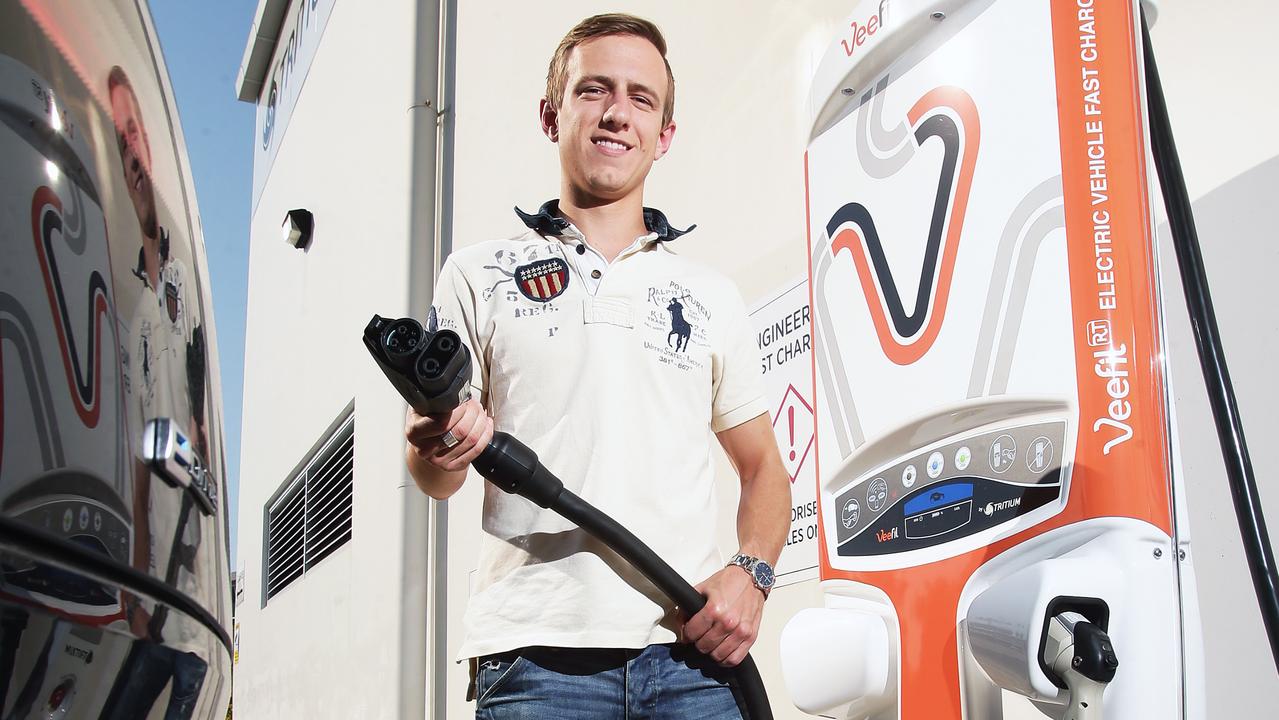 Chris Hewitt at Tritium in Murarrie.