Drivers are frustrated as fuel costs skyrocket to $2.20 per litre in several Melbourne suburbs. And experts have warned it’s not the end of the price hike.

Drivers are frustrated and worried amid an “unbelievable” hike in petrol prices, but experts warn of more volatility to come as long as the war in Ukraine continues.

The price of unleaded petrol has crept above $2.20 per litre in some parts of Melbourne, with the northern suburbs and bayside area among the worst affected.

Oil market experts say there could still be worse to come for drivers, as other oil producing nations come under pressure to meet the loss in supply caused by global sanctions on Russian exports.

A worst-case scenario could see petrol prices rocket to as much as $3 per litre later in the year, said Australasian Convenience and Petroleum Marketers Association chief executive Mark McKenzie.

Mr McKenzie said prices would rely on whether the member nations of the international petroleum-exporting cartel, OPEC, lift their production in response to the conflict in Ukraine.

Saudi Arabia, Iran, Iraq, Nigeria and Venezuela are among the 13 countries in the organisation. 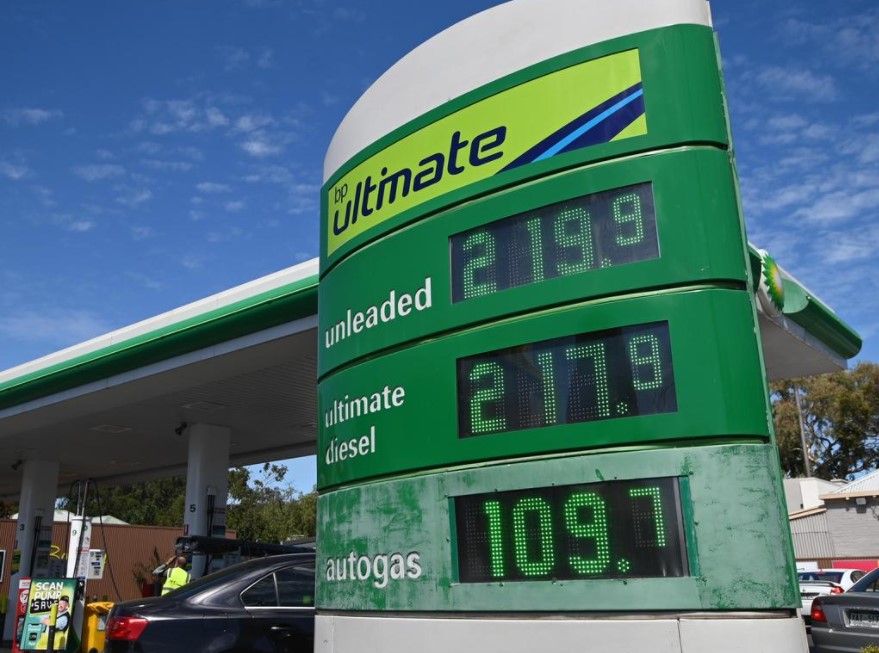 “If the war continues for a significant period of time – and the OPEC producers do not step off the reserve bench and increase production – that’s when the most extreme predictions will come home to roost,” he said.

“Australia and 30 other economies including the US and UK have banded together to say ‘if you don’t come off the bench, we’ll use our strategic reserves and we won’t buy your oil at all’, which has put them under pressure to lift.”

Mr McKenzie said volatility in the petroleum market was at a level not seen since the 1979 energy crisis, when the Iranian Revolution interrupted Middle Eastern oil exports.

“Oil prices are going to bounce around like a yoyo. Already in the last 48 hours, the global oil price has dropped by 12 per cent – that’s the biggest fall in two and a half years,” he said.

“In the next 24-hour period the price rose by five per cent … these swings are not at all typical.”

Logistics and removal business owner James Ojelana said the impact of high prices on his company had been “incredible and unbelievable”.

“There is no way we will be okay if petrol prices stay this way for the next few months,” Mr Ojelana said.

“I hope the government can do something about it as quickly as possible, because it’s going to wreck small businesses.”

It comes after Energy Minister Angus Taylor on Wednesday ruled out a cut to the fuel excise, which is taxed at 44 cents per litre.

“We see the pain people are feeling at the pump,” Mr Taylor said.

“The excise is used to fund road spending … and we want to keep that road building going on.”

The RACV is encouraging drivers to use its online fuel tracker to avoid paying the top price in their local area.

“Given the rise in the price of unleaded petrol, RACV is reminding motorists that it’s not uncommon for retailers in the same area to sell fuel at different prices,” spokesman Andrew Scannell said.

“All motorists have to do is simply enter the suburb in which they’re planning to buy fuel, as well as what type of fuel they are buying and the RACV Fuel Tracker does the rest.

“With some quick research, you can save money at the bowser.”

Extracted in full from: Petrol prices Melbourne: Fuel costs could soar to $3 per litre in Victoria | Herald Sun