Buying contaminated fuel from a suburban service station is a rare event, but two cases have come to light on different sides of Brisbane during the floods.

David Fife’s son Leo filled up at the Shell-run NightOwl, on Green Camp Road in Wakerley, on February 26.

When Leo tried to drive off, his Mazda MX-5 would not oblige.

“He tried to start it and it didn’t start,” Mr Fife said.

“He called me and I went to have a look and thought, ‘This is really weird.’

“I looked at the fuel pump, disconnected it, and all this water came out.” 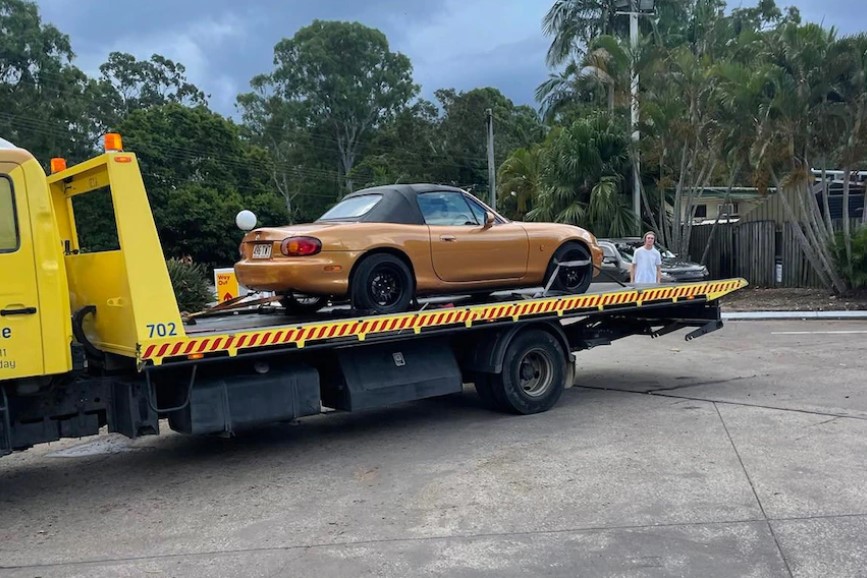 Mr Fife, a former aircraft maintenance engineer, said although the Mazda was an older model, it was a “very reliable car”.

After some difficulties, the service station employee managed to provide Mr Fife with a receipt and he called the RACQ.

The car was towed to Redlands Mazda Capalaba where the mechanic remarked that it was “the worst case of contamination” they had seen.

“There was 12 litres of water in 38 litres of fuel and it was just muddy, turbid water,” Mr Fife said.

Mr Fife said he contacted Shell to ask for compensation for the fuel and the estimated $6,000 it would cost to repair his son’s car and was told to get in touch with its parent company, Viva Energy Australia.

The issue is yet to be resolved. 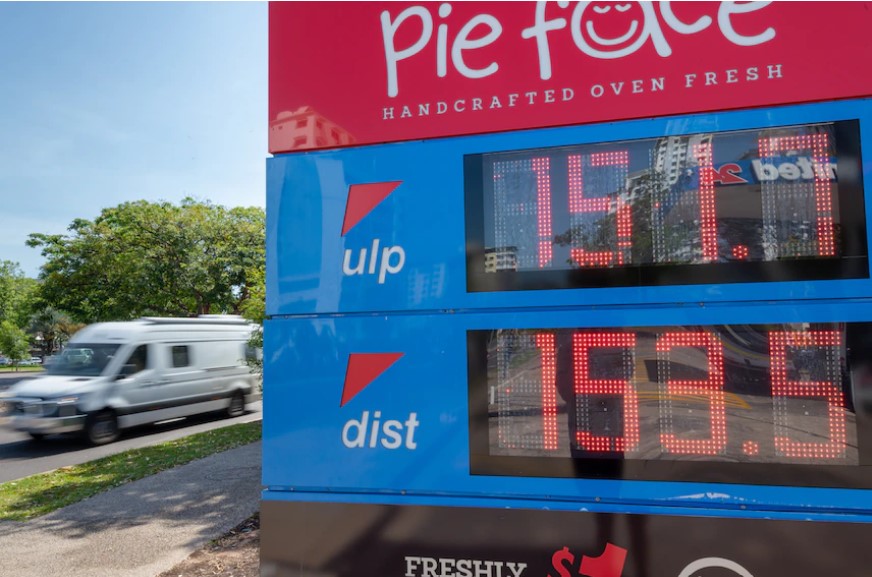 Ms Sverdloff says she is waiting to hear how much it will cost to fix her car.(ABC News: Che Chorley)

Across the city, another case

North of Wakerley on the next day, Alana Sverdloff filled up her two-year-old Mitsubish ASX at United Petroleum Bald Hills, but only got two kilometres before the car stopped.

She broke down next to rising floodwaters, but luckily some passers-by pushed her car out of danger.

She rang the RACQ and was told rain might have entered the service station’s tanks and contaminated the fuel.

Ms Sverdloss said she did not have a quote yet and was waiting to hear back from her insurance company.

“I’ve been speaking to people who have had this happen and it’s very costly,” she said.

“I’m also without a car for the foreseeable future.

“I have an 18-month-old son and I walk him to my mum’s house, take her car to take him to daycare, and then return home to work.

“I’m working from home now, but when trains open I will start commuting and that will make things more difficult.”

Ms Sverdloss said she rang the fuel station staff were unhelpful when she rang to let them know what had happened.

“My husband went to get receipt a couple of hours later and they were still selling fuel,” she said.

“He told them they should be ashamed of themselves.

“At first they also said they wouldn’t give him a receipt.

“But he said, ‘If you don’t give me a receipt I’m calling the police’ — and eventually they did.”

No record of complaints over ‘rare’ event

United Petroleum chief executive David Szymczak said the company did not have a record of any complaints about water contamination from the Bald Hills service station.

But he wanted to follow up on any complaints and said the matter could be investigated with enough information.

Mr Szymczak said a United Petroleum service station was submerged by floodwater at Lismore and it was possible fuel at that site would have to be inspected.

But he said water contaminating fuel was rare.

RACQ’s principal technical researcher Andrew Kirk agreed and said he was not aware of any recent cases in Brisbane.

“Contaminated fuel is rare and fuel sites are designed to cope with heavy rain and flash flooding, with strict environmental and safety regulations in place to ensure fuel does not escape from the site or that water doesn’t enter underground fuel tanks,” he said.

“If a motorist suspects they have filled up with contaminated fuel, they should pull over where it is safe to do so and call RACQ Roadside Assistance.

Mr Kirk said fuel companies were liable for any damage to a vehicle if they sold contaminated fuel.

If the fuel company fails to take responsibility, motorists can lodge complaints with the Queensland Office of Fair Trading.

They can also make a complaint to the Commonwealth National Measurement Institute, in addition to trade measurements, it is responsible for fuel quality issues.

Extracted in full from: Reports of contaminated fuel in Brisbane as city deals with flood disaster – ABC News