The ‘quiet’ heroes of the latest flood disaster

The recent (and in some cases current) flood emergency in SE Queensland and the Northern Rivers region of NSW has left many of us simply lost for words. Words such as ‘unprecedented’ and ‘once-in a lifetime’ flood events simply don’t ‘cut it’ when it comes to understanding the level of devastation that has been inflicted on the communities in these regions, particularly the people of Lismore.

When natural disasters of this magnitude strike, it is impossible for those of us living outside the disaster area to comprehend the dramatic impact that these events have on the physical infrastructure damage and the harm done to the psyche of those living in the affected areas. Suffice to say, these latest floods will likely change the life perspective of many people living in these communities forever.

Just like other businesses, service stations have been hit hard by floodwaters – particularly in Lismore. As this story goes to print, fuel distributors and fuel retailers are working together to reinstate fuel services to affected communities as quickly as possible.

“In Lismore and parts of SE Queensland, however, the near-term solutions are likely to be temporary given the extreme damage that has been caused by fast moving waters – and flood levels peaking just below the canopies of individual service stations”, said ACAPMA CEO Mark McKenzie. 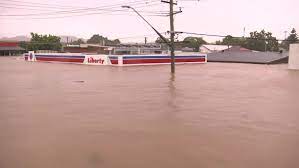 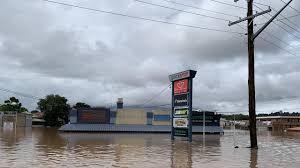 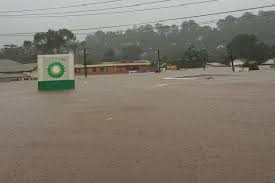 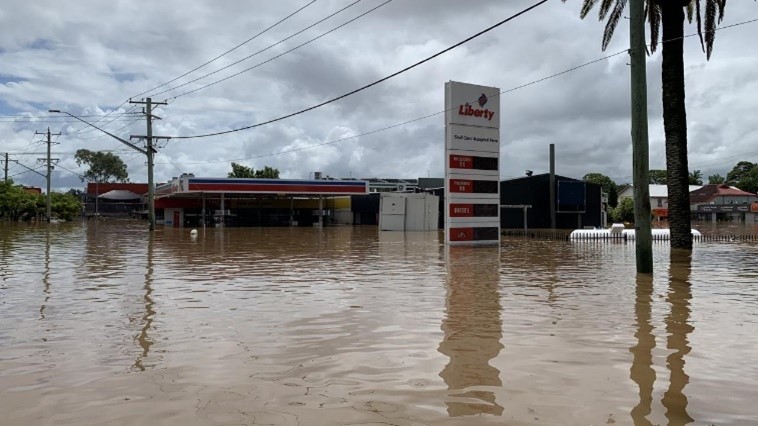 Many NSW and QLD service stations did not escape the devastation

In the aftermath of these disasters, it is right and proper to honour those working on the emergency frontline who put their lives on pause – and often on the line – to rescue those in their local communities. But it is also worth noting that there are many unsung local heroes who work behind the scenes to support the community, often performing good deeds that go largely unnoticed.

These local heroes take many forms. They include the CWA and Lions Club volunteers who establish temporary food halls to feed the weary ‘Mud Army’. Then there is the not-so-local Sikh volunteers who saw there was limited food supplies in the Lismore area and, in response, packed up their vans and drove 34 hours from Melbourne to provide free food to the community. Also included are ordinary residents performing extraordinary acts to rescue their neighbours, pets and livestock from rising flood waters.

Local community businesses have also played a role in ensuring that vital services continue to be provided to residents and emergency responders during the emergency and subsequent clean-up. As the waters subside, some of those stories have caught the attention of ACAPMA.

“The local service station is often the ‘last to close and the first to reopen’ when local communities experience natural disasters”, said Mark

Stories are emerging of ‘quiet’ acts performed by local fuel businesses to support their communities through the crisis. Likely only a small proportion of the assistance provided, they are performed without fuss or ceremony and are rarely shared with anyone outside of the local community.

“But with this being another major disaster period in the wake of the bushfires of Christmas 2019, the Canberra Ice Storm of early 2020 and two years of pandemic operation, we thought it was time to shine a light on a small sample of the stories coming out of the flood affected communities at present”, said Mark.

These stories were collected by ACAPMA’s Executive Manager (Employment and Training), Elisha Radwanowski, who has been liaising with ACAPMA members in respect of flood issues in recent days.

“The first concern of our members has been to make sure their staff and families are safe and once this has been achieved, many turn their attention to getting the fuel flowing again – and doing whatever they can to support first responders (SES, emergency service and the Australian Defence Force) and the members of their local community”, said Elisha

“I took one call from a member who wanted help putting together a letter for two staff members going ‘above and beyond’ in the flood at Logan Village in QLD’, said Elisha

The two staff members were cut off by flooding and unable to return home. They were also unable to be relieved by other staff (as these staff members could not get to the site) and so they devised a work and sleep roster between themselves to ensure that the servo continued to service the community through the crisis – as they were one of the only businesses still open.

“These staff, whose own homes and families were greatly impacted by the floods, were sleeping on the floor at the site just so their community could get access to fuel for the boats being used to aid others as well as pick up food and coffee”, marvels Elisha. 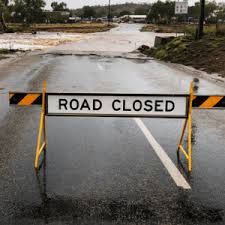 “What is amazing, is that these staff members saw this as a ‘natural response’ – a perspective that is repeated by those sharing other equally phenomenal stories of turning the lights back on – or even keeping them on – during this most recent disaster”, Elisha said.

As the waters rose in Caboolture in Queensland, an AMPOL service station in the area became more than a mere place to stop and get fuel – it became home for over 200 travellers stranded as the A1 was closed. 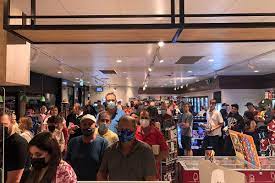 Amp0l Caboolture is a great example of how servos quietly go about supporting their local communities when they are on their knees.

But emerging stories of support are not limited to those in the affected areas, with stories of local fuel and other businesses in neighbouring communities supporting flood affected communities too.

“Brent and Donna Matthews run the Shell Currumbin site on the QLD/NSW border. While neither of them like being in the spotlight, their story caught our attention in recent days”, said Elisha.

Currumbin was thankfully unaffected, despite being close to the river, but it became apparent quickly that Murwillumbah, just up the river, had been completely cut off in terms of food, water, and fuel supplies. The local SES rallied a flotilla of volunteer boats and filled them with supplies, ready to head upriver to help the Murwillumbah community. The group needed fuel and so their last stop was to the Shell Currumbin to buy some jerry cans.

Unaware of the mission, Brent noted the odd jerry can purchasing behaviour and asked what it was all about. After being told what was happening, Brent and his staff collected his entire stock of jerry cans, filled them up and put them in the hands of the overwhelmed volunteers” continued Elisha.

When the Murwillumbah SES heard about the gesture, they were very grateful. Their thanks was relayed back to Brent, together with an explanation of why the fuel was needed – it was required to power the diesel generators for the local hospital given that the electricity had gone down.

“Having exhausted his stock of jerry cans, Brent called his local Repco and sourced another 28 x 5L and 19 x 20L jerry cans, filled the lot with diesel and then drove them to the muster area himself”, said Elisha. 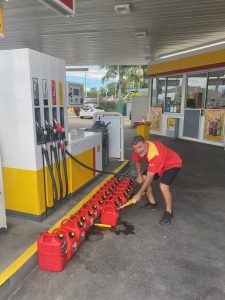 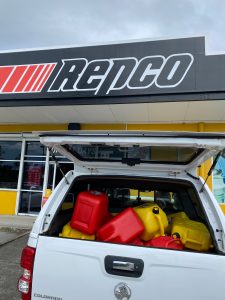 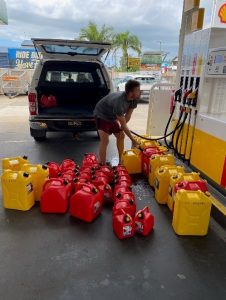 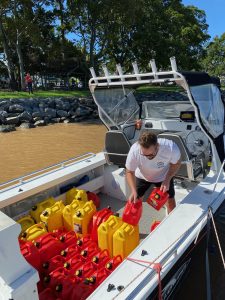 There are many other stories that businesses have asked us not to share. They include a large national retailer sending substantial volumes of food and drink supplies to flood affected residents and a small fuel retail business just north of Ballina that worked with its fuel distributor to get fuel flowing again – less than 24 hours after the site had been flooded.

There will likely be many more similar stories to come about businesses in our industry supporting their local community through the crisis – and that is to take nothing away from the amazing actions of SES and emergency services personnel who put their lives on the line to rescue people and animals from rushing floodwaters.

“What is surprising, however, is how matter-of-fact these business owners are about their extraordinary stories of assistance – they just see it as just doing what anyone else would do in the same circumstance”, said Mark.

“But, in an industry where we are often misunderstood about the role we play in supporting communities, these stories about actions of businesses within our industry are inspiring’, added Mark.

“We salute all of them – the big, the medium, the small, fuel retailers and fuel distributors alike”, concluded Mark.