Treasurer Josh Frydenberg has green-lit a temporary cut to fuel excise to deliver families cost-of-living relief in the budget.

Treasurer Josh Frydenberg has green-lit a temporary cut to fuel excise to deliver families cost-of-living relief in the budget as New Zealand announces a 25 cents a litre cut for three months.

The Treasurer refused to confirm or deny the measure on Sunday but has dropped one of the biggest hints to date he supports the measures.

News.com.au understands that temporary fuel excise relief is locked and loaded in Tuesday’s budget. New Zealand has recently slashed fuel excise by 25 cents a litre for three months delivering savings of up to $17 for a 60-litre tank.

The temporary cut to the 44-cent fuel excise will deliver immediate relief to motorists before the election, but the Treasurer has ruled out a freeze on automatic indexation.

Mr Frydenberg said any changes would be “temporary” and “targeted” to address cost-of-living pressure now by limiting the cut to a specified time frame.

For example, if the Morrison government was to cut the 44-cents-a-litre tax by 10 cents on budget night, such a cut would deliver a $6 saving to motorists at the bowser when they fill up a tank.

“Fuel prices have skyrocketed and of course for many families this is not a choice,” Mr Frydenberg told ABC TV on Sunday. 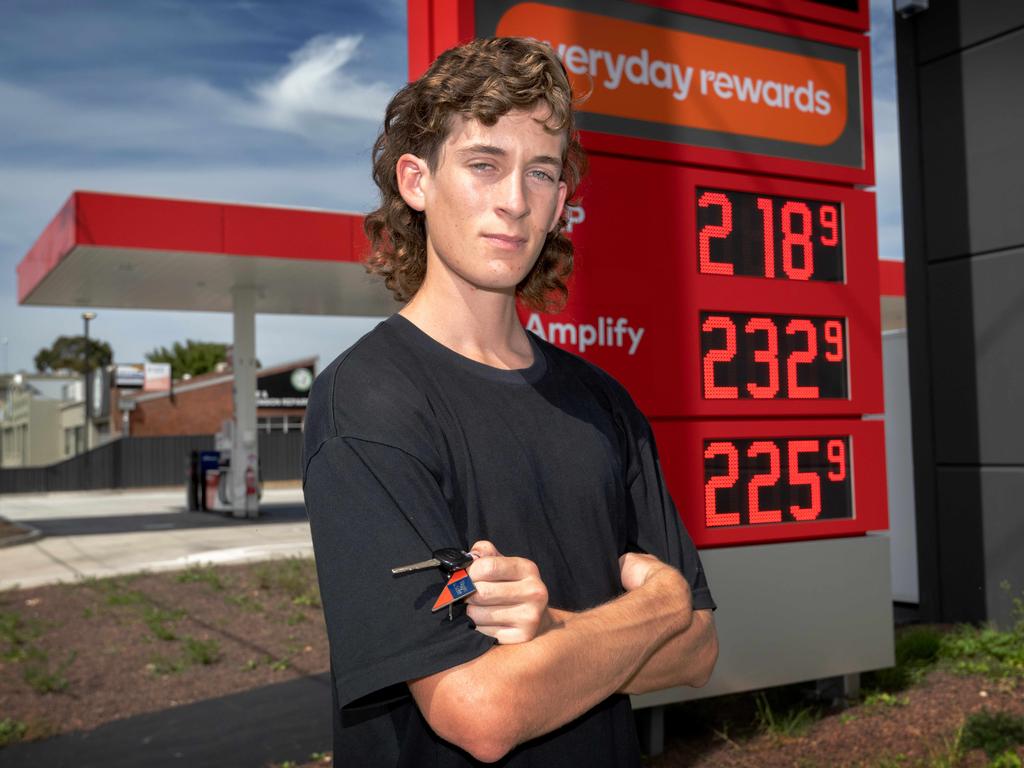 Labor will back fuel excise relief

Pending the detail, Dr Chalmers said the opposition would back a temporary cut to fuel excise.

“The expectation I think is … we’re talking about some kind of temporary cut to fuel excise and we are unlikely to stand in the way of that.” 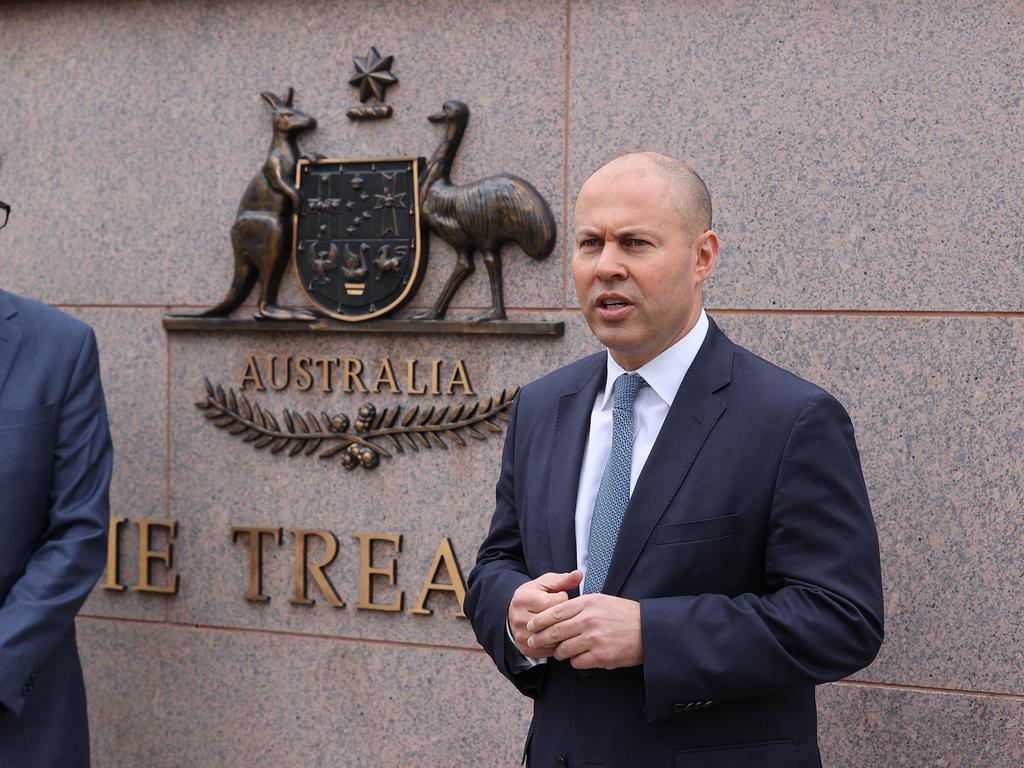 In an exclusive interview with news.com.au last week, Mr Frydenberg officially ruled out a freeze to the automatic indexation of the fuel excise that comes into force in August, arguing that approach would not deliver substantial cost-of-living relief for families.

In 2001 when petrol neared $1 a litre ahead of the federal election, John Howard famously scrapped the indexation of the fuel excise, a move championed by then Nationals leader John Anderson.

However, he left the door open to a temporary cut to the fuel excise as petrol prices hit $2.20 a litre or more across the country.

“The main thing I would say is what we will do will be temporary and it will be targeted and that’s all I can say,” Mr Frydenberg told news.com.au

“A change in the fuel excise does affect people who purchase fuel.”

Asked about the option of a freeze on the automatic fuel excise that comes into force in August, the Treasurer told news.com.au that option would not deliver significant relief.

“That doesn’t make a significant change in price. That’s obviously what John Howard did, he froze excise,” Mr Frydenberg said.

“Like I said, that doesn’t make a significant change.” 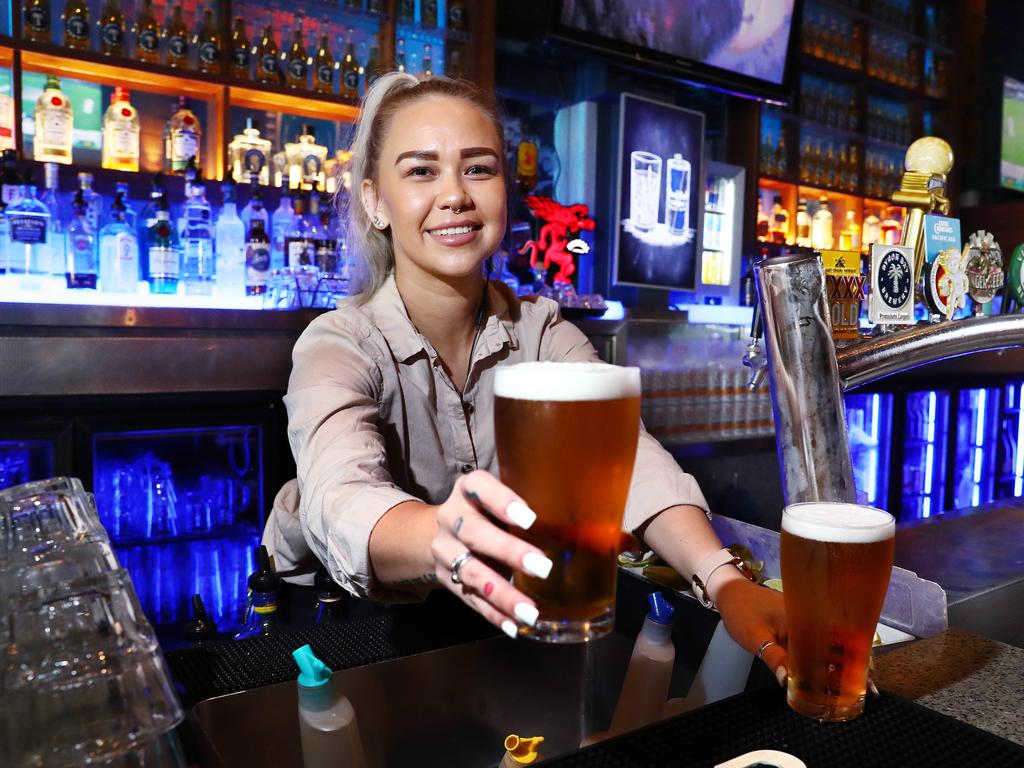 The cost of living is increasing, including beer prices. Picture: Brendan Radke

The Treasurer is also planning to rollout one-off cash bonuses of $250 in the federal budget next week to help with cost-of-living pressures.

News.com.au has confirmed that Services Australia is putting in place systems to pay the money within weeks as Prime Minister Scott Morrison prepares to call an election.

The one-off cash bonus will not be paid to parents on family payments but will be provided to other low income families that rely on income support including aged pensioners.

Government pensions and allowances are the most common main source of income for millions of retirees in Australia. It’s not clear if the payment will be delivered to anyone on part-pension or only those who qualify for a full pension.

Treasurer Josh Frydenberg said cost-of-living relief was his top priority and the assistance would be targeted at low-income earners.

“I understand that prices have been going up. And my focus right now is to address those cost-of-living pressures,” he said.