London: Mining magnate Andrew Forrest is pitching himself as the antidote for Europe’s Russian gas addiction, striking a $50 billion deal with German energy giant E.ON to produce up to five million tonnes of green hydrogen by 2030.

The billionaire announced the latest Future Fortescue Industries contract in Berlin on Wednesday morning Australia-time, which will help to decarbonise thousands of medium-sized enterprises in Germany, the Netherlands and other cities where E.ON distributes energy to more than 50 million customers. 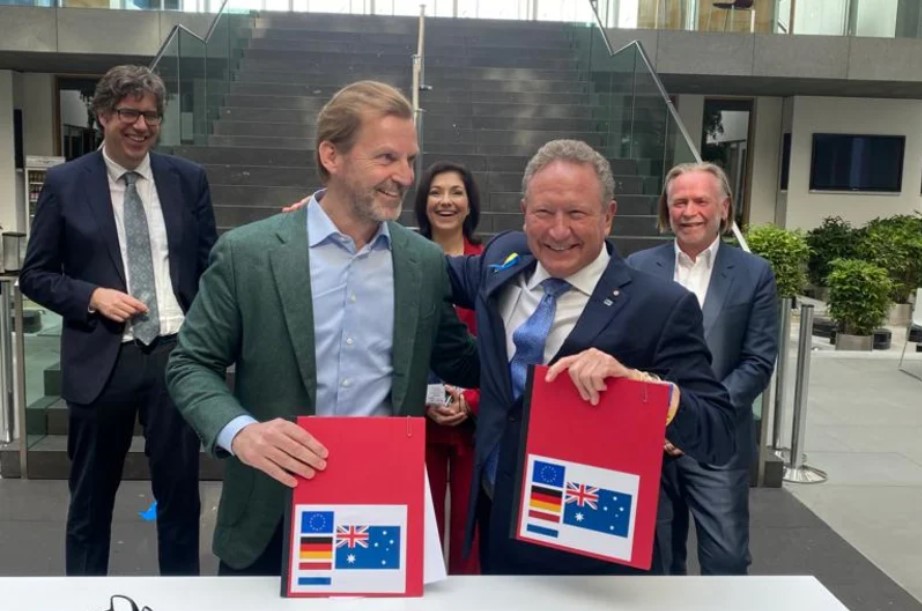 European nations, which currently imports about a third of its natural gas from Russia, are facing calls to drastically reduce their dependence on Moscow’s energy exports in response to its invasion of Ukraine, which has brought about mass death, destruction and displacement.

Germany, in particular, has faced fierce criticism from Ukrainian President Volodymyr Zelensky for being the world’s largest importer of Russian gas. German Chancellor Olaf Scholz has vowed to become independent of Russian supplies by 2024, but last week warned doing it too fast would mean plunging all of Europe into recession.

The goal is to produce hydrogen in Australia using wind and solar power and begin shipping it to Europe to be distributed through E.ON’s pipelines. Deliveries would begin in 2024 and build up to a volume of five million tons of hydrogen a year by 2030 – equal to about a third of the energy Germany imports from Russia.

Green hydrogen is produced using electricity from renewable energy but is not yet a commercially viable alternative to natural gas. It is regarded as the only long-term prospect to achieve global climate targets, however it remains considerably more expensive to produce than brown or blue hydrogen, which is made with fossil fuels. It is also highly flammable, which creates major logistical and infrastructure challenges to its transportation. 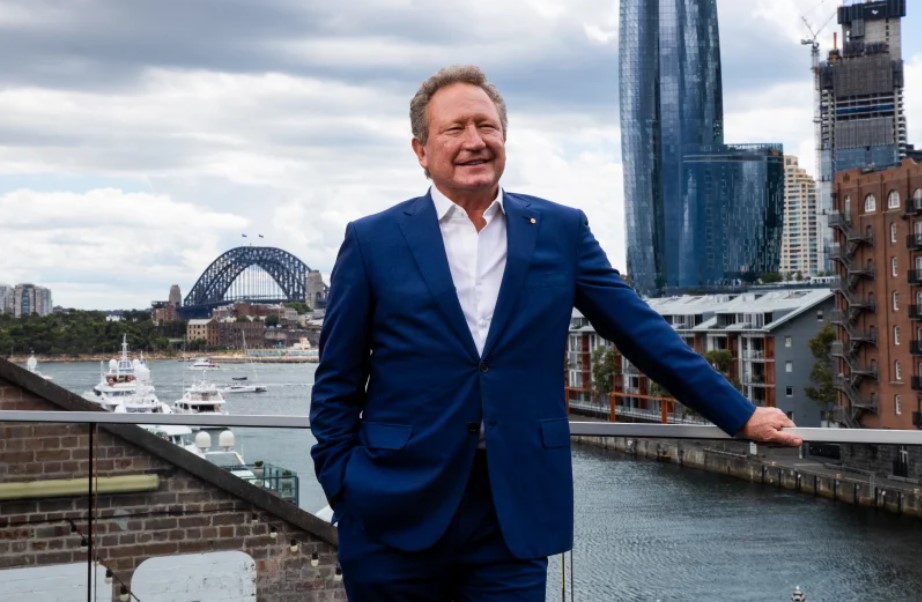 Under the deal the fuel would initially be shipped as liquid ammonia, which is easier to store and transport, before being converted to hydrogen once it reaches European industrial zones, Forrest, the former chief executive of Fortescue Metals, said.

The E.ON deal would deliver one third of Forrest’s ambitious plans to produce 15 million tonnes of green hydrogen within eight years.

“This is a cohesive and urgently needed part of the green industrial revolution underway here in Europe,” Forrest said.

“When the tanks rolled over the border… everything changed. You have to forgive those leaders who jumped to a fossil fuel solution, but in the end they have empowered Putin.”

“What we need to do is replace Putin, and green hydrogen is the Putin solution for Europe.”

The Australian and German governments entered a Hydrogen Accord last year, pledged taxpayer’s money towards a series of new projects to accelerate the development of industry in the hope of creating new economic opportunities and jobs while reducing emissions.

Europe has targeted hydrogen as a potential source of power to run factories in the future. Forrest’s company announced a research and development agreement with aviation giant Airbus earlier this month to test hydrogen fuel cells as a potential way to power airplanes.

Habeck, a Greens MP in the newly established coalition government, recently labelled Germany’s massive consumption of Russian energy a “geopolitical mistake”, and warned Europe’s biggest economy that it needed to find energy security or it would become “a pawn” in Russia’s game.

He said the race for large-scale production and transportation of green hydrogen had taken off.

“The agreement between E.ON and FFI is a major step forward and puts them in a pole position for the delivery of green hydrogen to German industry.”

Environment groups have praised Forrest’s efforts in agreeing to billions of dollars of green hydrogen supply deals, however critics have questioned how realistic they are when he is yet to start commercial production of the zero-emission fuel. Forrest expects the company to produce its first green hydrogen in Tasmania by 2024.

Birnbaum said agreement was building for a “hydrogen bridge” from Australia to Germany and the Netherlands, to driving forward the green energy transition.

“Renewable GH2 is a key element to achieving this task, while at the same time contributing to a secure and affordable future energy supply.”

Extracted in full from: ‘Twiggy’ Forrest bills himself as Europe’s ‘Putin solution’ in $50b hydrogen deal (brisbanetimes.com.au)