Australia now has a ‘serious national security problem’ with fuel supply, as report warns we only have 68 days of reserves

Australia now has a “serious national security problem” when it comes to fuel supply — with a report revealing we would have just 68 days of fuel reserves to keep us going in the event of an international crisis.

The conflict in Ukraine this year has cast an unsettling light on fuel security around the world — with nations like Germany being forced to go cold turkey on their supplies from Russia.

The situation was already precarious for Australia, but now new research by The Australia Institute has revealed we have only increased our reliance on imported transport fuels in recent years.

Now, it says Australia is reliant on imports for around 91 per cent of its fuel consumption — meaning the big oil producing nations, quite literally, have us over a barrel.

Just 68 days of fuel in the tank

Worryingly, the report states that Australia only has 68 days of liquid fuel to keep us going if we’re cut off — despite International Energy Agency (IEA) guidelines requiring us to hold 90 net import days worth.

However, the average daily consumption over the last year means current stocks are expected to last just 32 days.

“The Australian Government tries to bolster this by including some 21 days of fuel in transit to Australia or on-board ships docked in foreign ports – the majority of which are foreign vessels,” the report states.

“There is no guarantee that this fuel would reach Australia in the event of a crisis.”

f Australia needed to access US-based fuel reserves, the fuel would take around three weeks to get to Australia, the report states. 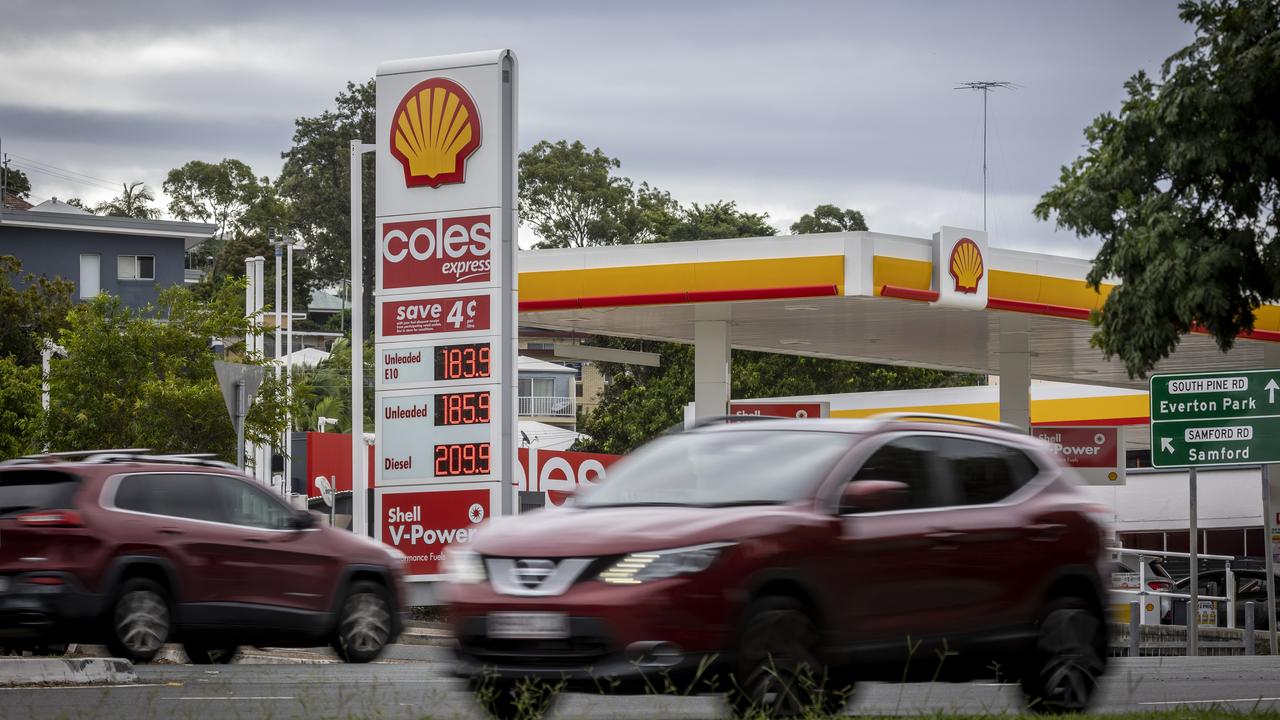 Australians have already had a taste of what geo-politics means at the pump this year. Picture: NewsWire / Sarah Marshall

“In the event of a global emergency, there is no guarantee that the oil that Australia has been promised access to in the US would be practically accessible from across the Pacific or otherwise,” said researchers.

Richie Merzian, Climate & Energy Director at The Australia Institute, said these figures should give all Australians cause for concern — particularly with what has been happening in Europe this year.

“Australia has a national security problem when it comes to transport fuels. It’s worrying that Australia is almost entirely reliant on foreign oil for fuel consumption leaving it ill-prepared to deal with international disruptions,” he said.

“It should concern every Australian that 91 per cent of Australia’s fuel – like petrol and diesel – is linked to imports and most of that is used for transportation.”

The report argues that Australia has ignored warnings on fuel security over the years and has only increased its reliance on imports since the federal government released its dire interim Liquid Fuel Security Report in early 2019.

The researchers said Australia’s transport fuels are highly vulnerable to international prices and supply chains and yet solutions, particularly the electrification of transportation, have been ignored. 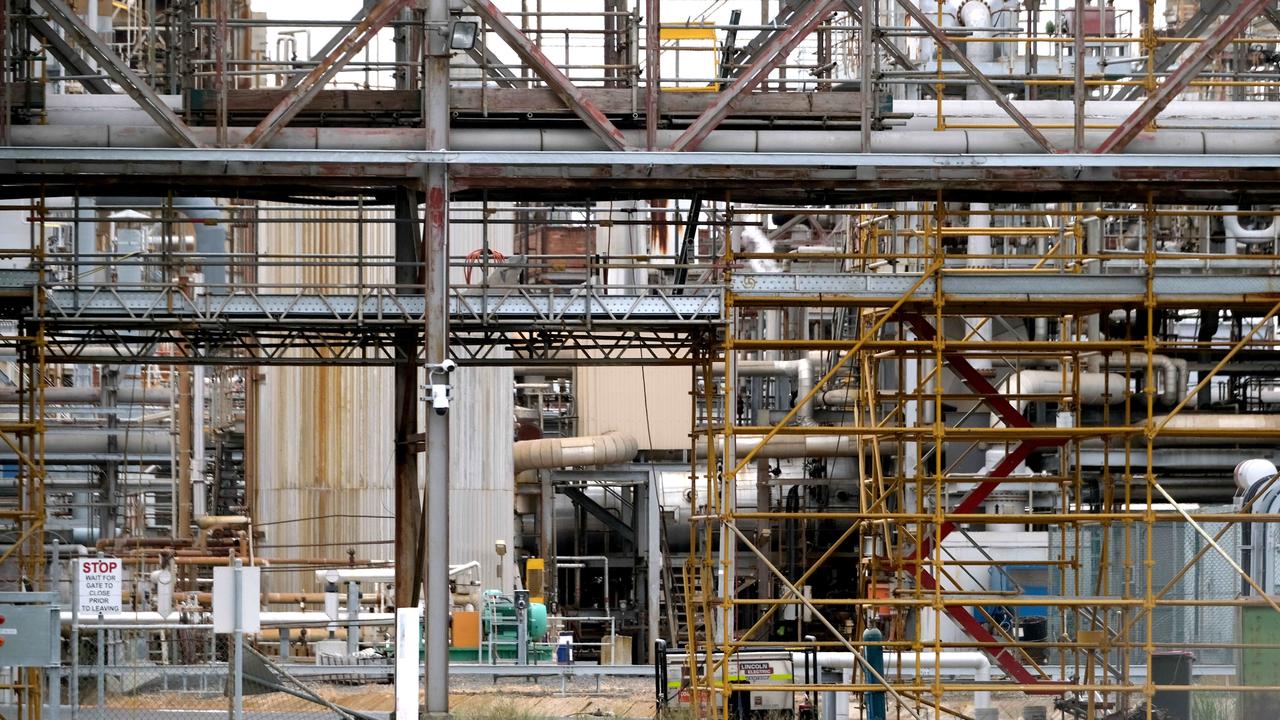 “Our strategic fuel supply is particularly vulnerable as our two remaining refineries are set up to produce largely petrol rather than aviation fuel and diesel,” the report states.

The report shows that Australia is particularly vulnerable because of where we are buying our fuel from and the current geopolitical tensions raging around the world.

Australia is heavily reliant on imports of liquid fuel (both crude oil that needs refining and refined products) from the Middle East and Asia that transit through potential maritime chokepoints and conflict zones, such as the Persian Gulf and the Straits of Malacca.

Now that war is raging in Europe again, the researchers say Western Europe’s (particularly Germany’s) reliance on Russian oil, gas and coal have dramatically highlighted the linking of economic security and international security. 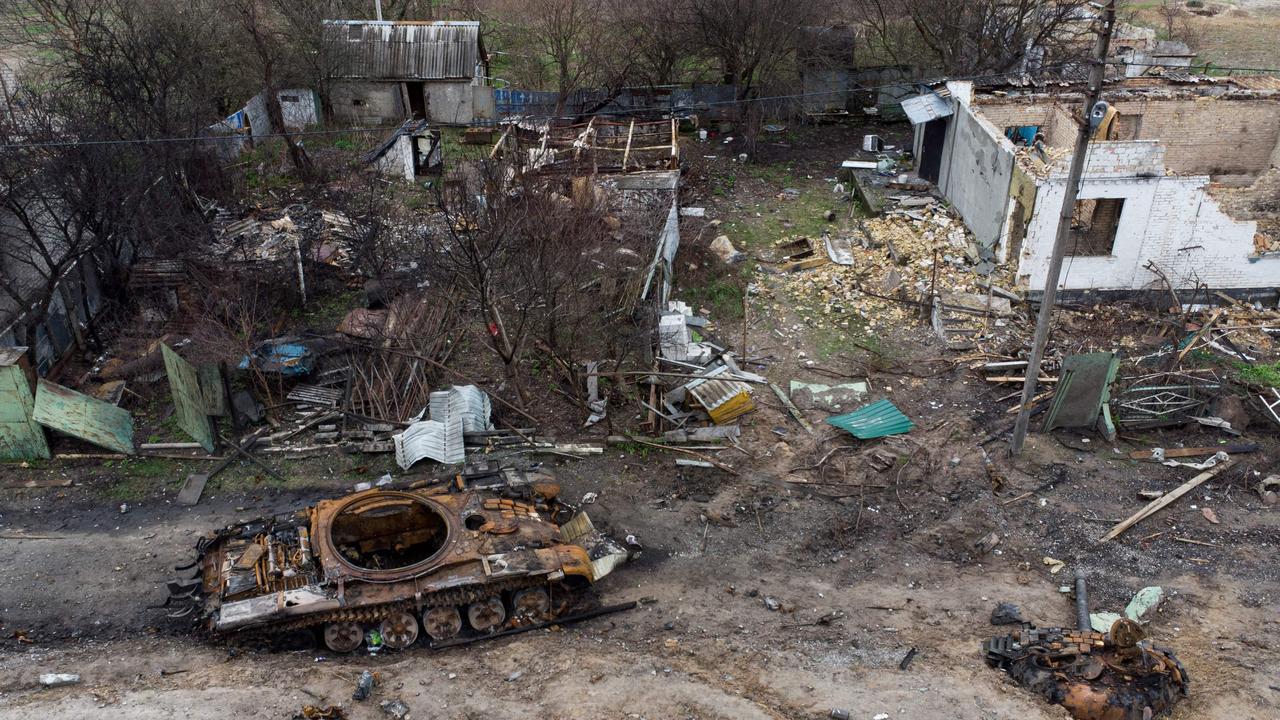 The war in Ukraine has sent shockwaves around the world. Picture: Genya Savilov / AFP

As the west punishes Russia through sanctions for its military actions in Ukraine, the issues of security and economics are drawing closer together than at any point in recent history.

As Australia’s Director General of Intelligence, Andrew Shearer, said recently: “We tended to regard economics and security in sort of separate lines, never the two shall meet.

We need to completely reconceptualise that and recognise that security and economics are completely integrated and interdependent.”

It is for this reason that researchers at The Australia Institute argue that our precarious fuel situation has become an issue of national security, and that the only way to make the nation safer is to wean ourselves off imported fuel.

Despite the warning signs, Mr Merzian said the federal government has failed to deliver its final Liquid Fuel Security Review in 2019 and that since then Australia has become more, not less fuel insecure.

“High petrol prices are already hurting Australians. The only long-term solution is getting off oil. This involves increasing fuel efficiency and transitioning to electric vehicles,” he said.

The new research states that if every passenger vehicle in the Australian car fleet today was a pure electric vehicle, 33 per cent of Australia’s imported oil could be replaced with domestic electricity. Even if only a quarter were electric, 8 per cent of total imports would not be needed.

Additionally, in the event of oil supply disruption, a significant portion of Australian vehicles would still be moving. 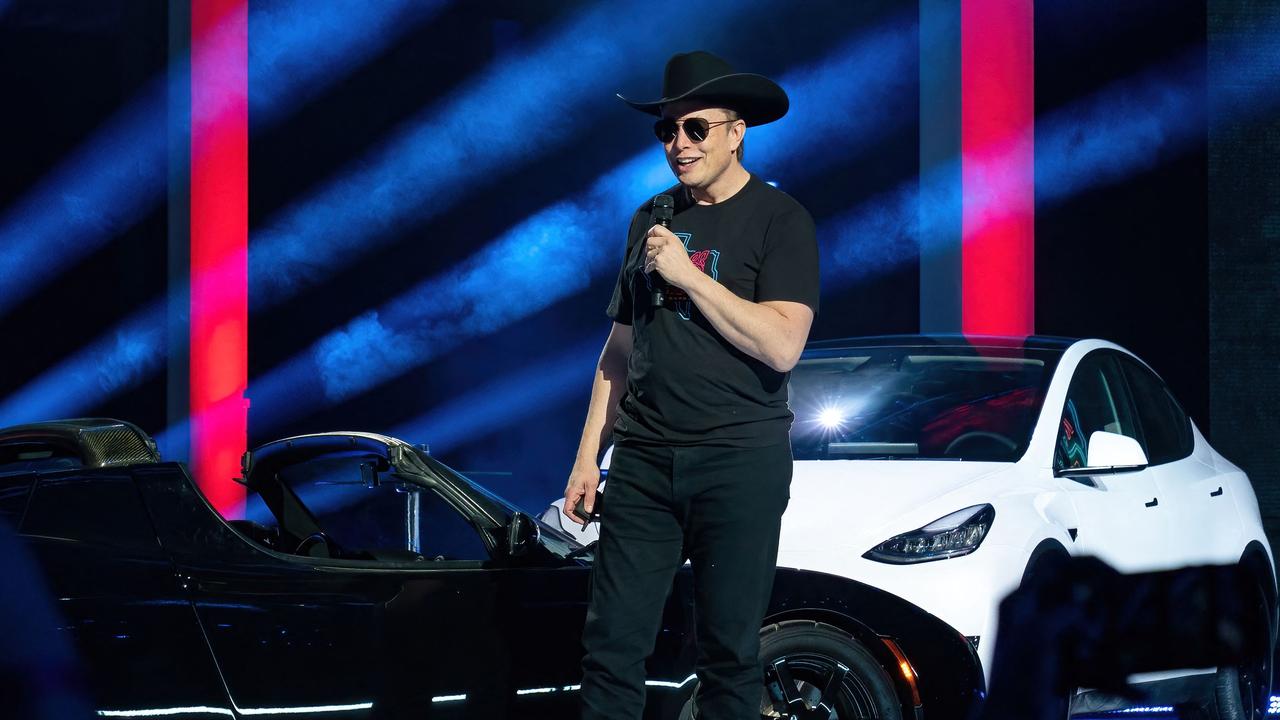 Australia is lagging when it comes to electric vehicles. Picture: Suzanne Cordeiro / AFP

“At least 19 countries have introduced targets to completely phase out internal combustion engine (ICE) vehicle sales – some as early as 2025 (Norway) and 2030 (Iceland, Ireland, Israel, Netherland, Sweden, and the UK),” the researchers said.

“For the year 2020, EVs accounted for 0.8 per cent of new vehicle sales in Australia, compared to the global average of 4.2 per cent, and 75 per cent in Norway.”

All this means Australia has a lot of catching up to do according to Mr Merzian.

“Australia is an international laggard when it comes to fuel efficiency,” he said. “Weak fuel standards and an absence of a national electric vehicle policy leave Australia among the least fuel-efficient fleets in the OECD, and far behind the rest of the world in electric vehicle uptake.”