A bungling criminal has been caught by returning to the scene of two crimes, just days after he committed the second.

But when he went back a third time to buy a meat pie and chocolate milk, he was recognised by attendant he’d robbed a few days earlier.

Palmer’s first crime was committed on April 15, 2021 when he walked up the Shell Coles Express in the northern Sydney suburb of Forestville at 4.32am. 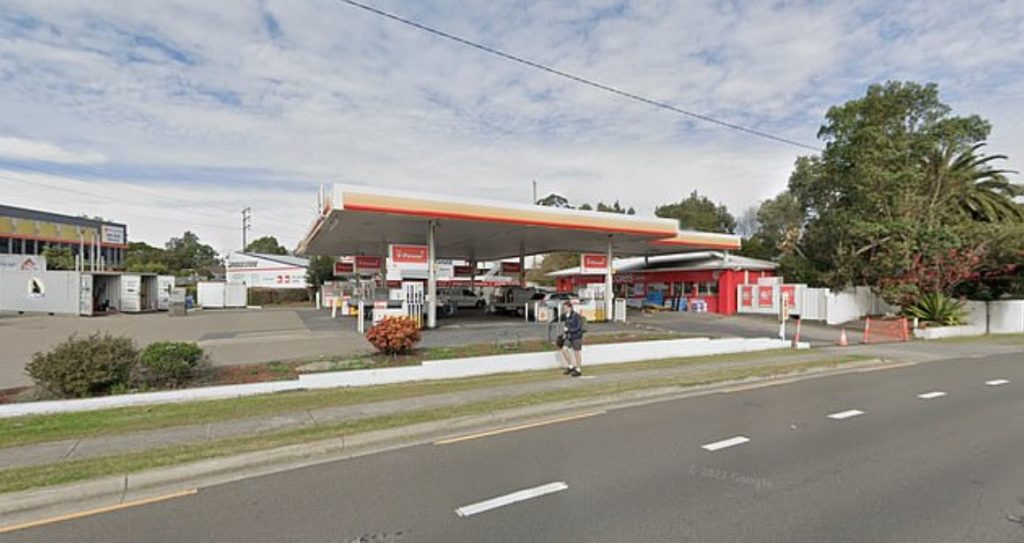 The doors were closed, but the attendant, who was counting the takings, buzzed him in.

The agreed facts presented to Sydney’s Downing Centre District Court said Palmer put a concrete block down to stop the doors from closing.

The block was later found to have his DNA on it.

As he walked towards the counter, Palmer was seen on CCTV to have a 10cm-long knife in one hand and a Coles plastic bag in the other.

The attendant said Palmer, who was an ice addict at the time, seemed nervous as he said ‘put all the money in the bag’.

Exactly one month later, a different worker was facing away from the counter when he heard a man say ‘hi mate’.

This time Palmer was armed with a 20cm-long kitchen knife, which he held on the counter, shocking the attendant.

Palmer left with $188.50 after telling the attendant to put all the money in a bag.

The court heard that when he returned home and began counting the money, he told a friend who was staying over that it was from his piggy bank.

Just days later, Palmer went back to the same servo, which was near to where he lived.

The attendant on duty was the same person who was on during Palmer’s second robbery and recognised him.

Palmer’s bank card was declined and he walked out to his car.

The worker took down his license plate number, called the police and Palmer was arrested soon after.

Both Palmer and his mother gave evidence in court, revealing he was a mechanical apprentice who had become addicted to ice, the Daily Telegraph reported.

At the time of the robberies, he owed his parents $6,000, was very thin, barely ate and constantly asked his family for more money.

Palmer was treated in an addiction centre for nine months, the court heard.

He was now in full-time work, close to finishing his apprenticeship and keeping away from drugs and alcohol, Judge Christopher Robison was told.

The judge said Palmer was a ‘model example of how one can change’.

‘Based on how he has turned his life around and how highly people speak of him, these two incidents were extremely out of character,’ he said.

‘He is extremely unlikely to reoffend.’

Palmer was convicted of two counts of armed robbery and sentenced to two years and nine months jail, to be served in an intensive corrections order – a sentence served in the community under the strict supervision of Community Corrections.

He was ordered to continue his rehabilitation, abstain from illicit drugs and do 300 hours of community service.