Car slams into Salisbury On The Run service station

Staff and customers had a lucky escape when an allegedly unlicensed driver’s car slammed through the window of a northern suburbs service station this morning.

The white Holden SUV made impact with the On the Run on Commercial Rd at Salisbury about 6am Thursday.

Miraculously, no-one in the store was injured but they were left shaken as police and State Emergency Service crews attended the scene.

The glass shattered and stock was damaged but the building’s structure was not damaged.

The driver, a Salisbury woman, 53, was unlicensed and was taken to the Lyell McEwin Hospital to have a blood-alcohol test.

The car was towed from the scene. 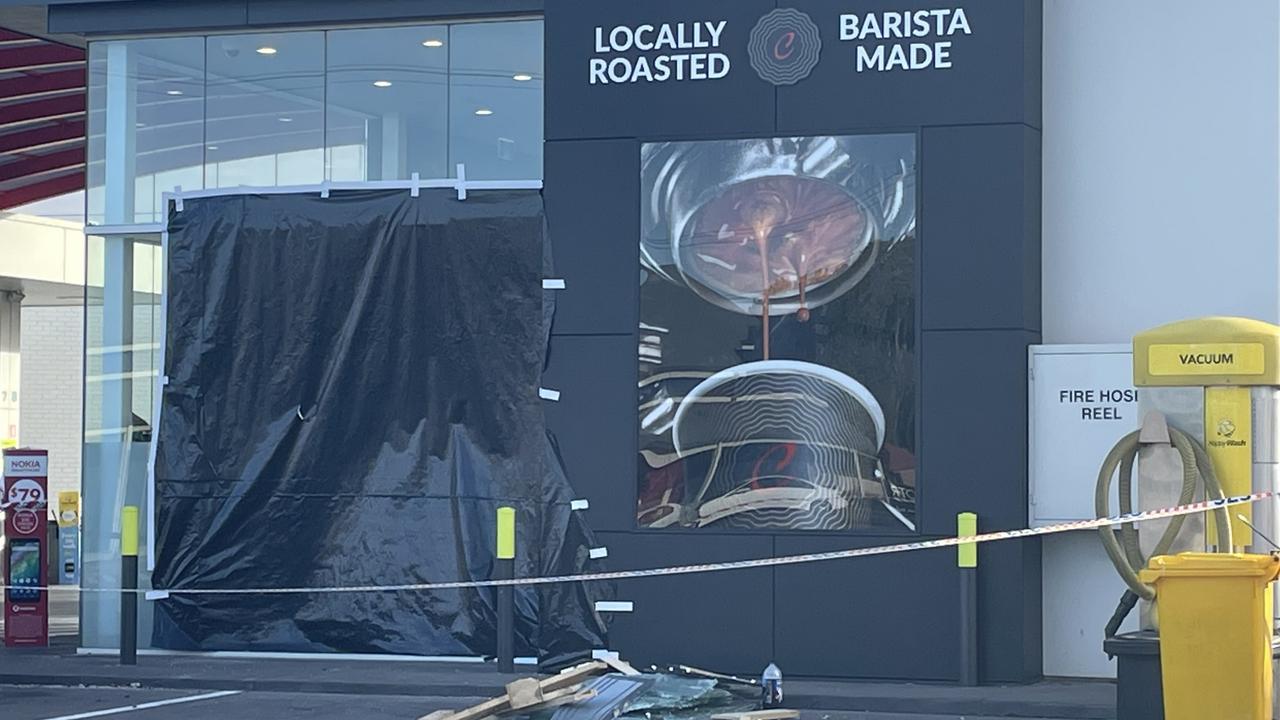 A car ploughed through a servo at Salisbury. Pic: Dean Martin

It follows the arrest of two people who allegedly robbed a West Croydon service station.

The man and woman allegedly entered the store on Port Rd about 2.20pm Wednesday and were approached by staff after acting suspiciously.

When they were challenged, the man allegedly produced a knife and threatened them, the pair left with a large bag containing stolen items.

Police found them near a train station where they were arrested.

A man of no fixed address, 22, and a Parafield Gardens woman, 25, was charged with aggravated robbery and property damage.

The arrested pair were refused bail to appear in the Port Adelaide Magistrates Court on Thursday.

Extracted in full from: Car crashes through Salisbury service station | The Advertiser (adelaidenow.com.au)