Electric cars can put nation on road to decarbonisation: AEC

Bolstering the take-up of electric vehicles would deliver a big win in terms of decarbonising the economy – but Australia faces barriers such as misconceptions about their performance, a perceived lack of charging infrastructure and, for now at least, a limited choice of models, the Australian Energy Council says.

In the first of a series of discussion papers on how to decarbonise the economy, the AEC says switching to electric drive trains for light vehicles is indisputably the best way to reduce emissions in the transport sector.

The AEC notes that emissions from transport have “been on a steady upward trend for decades’’, with a downturn in the past two years only due to pandemic-­related disruption rather than a shift in usage or technology.

“Light passenger vehicles … are the largest source of transport emissions in Australia,’’ the paper, to be released on Thursday, reads.

“It has become increasingly clear that the way to reduce emissions for this segment is through a switch to electric vehicles.

“Even at current grid emissions intensities, EVs are lower emissions, and this will only improve further as our electricity systems continue to decarbonise.’’

The AEC says the upward trend for emissions “is likely to continue unless technological or behavioural changes can bend the curve. Such changes may happen as a result of underlying drivers, but supportive policies can play an important role too’’.

The AEC stops short of suggesting any policy measures itself, but says the states and territories have led the way in terms of buyer incentives, rather than the federal government, while noting that Victoria has undermined the value of its purchase incentive with a road user charge, with similar measures under consideration in NSW and South Australia.

The AEC said regardless, the need for subsidies would disappear over the next few years as the price premium for EVs was eroded, and also argues that “the limited supply and choice of models in Australia is a temporary phenomenon that will be resolved well before 2035’’. 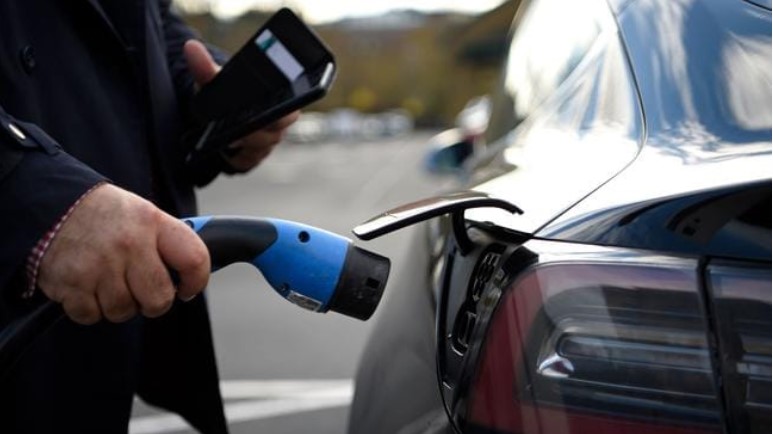 S&P Global Commodity Insights said recently that electric-vehicle manufacturers globally were targeting 46 million sales in 2030, increasing to 80 million by 2040, but “complex challenges that (they) need to address to achieve these goals include the ­reduction of EV production costs and expanded charging networks for the vehicles to encourage growth in consumer demand’’.

“A driving force behind the market evolution will be automotive original equipment manufacturers’ focused efforts and increased investments in the growth of the EV market,” S & P Global said in a note. “Leading global manufacturers, including Volkswagen, BYD, Toyota, Ford, and others’ cumulative investments total over half a trillion dollars in every facet of the EV supply chain, including battery and electric-vehicle research and production through 2030 alone.’’

The AEC says in terms of electric-vehicle range, “the trend is firmly upwards as battery technology improves’’, and with ultra-rapid chargers now able to add 300km of range in 10 minutes, range anxiety should abate.

It also says public charging stations were proliferating with significant investments from state and federal governments, while the private sector was also likely to respond to demand in line with electric-vehicle take-up.

The discussion paper is the first in a series to be released by the AEC, which said late last year that the federal government should set an interim, economy-wide emissions reduction target of 55 per cent by 2035.

The federal government is currently targeting a reduction in greenhouse gas emissions of 26-28 per cent below 2005 levels by 2030, and is focusing on supporting innovation and increasing productivity, as opposed to measures such as a carbon tax.

Support includes mechanisms such as the $2.55bn Emissions Reduction Fund and the National Energy Productivity Plan.

The Department of Industry, Science, Energy and Resources says Australia is currently on track to beat its target and deliver 30 per cent reductions by 2030. However, the AEC says an interim plan – at the halfway point between 2020 and 2050 – would focus attention on the necessary policy actions, and be “aspirational yet achievable’’.

Extracted in full from: Electric cars can put nation on road to decarbonisation: AEC (theaustralian.com.au)