Electric vs. Gas Cars: What Are the Hidden Environmental Costs of EVs?

All-electric vehicles and hybrids produce low or no exhaust emissions. That means virtually zero greenhouse gas emissions produced by the vehicles themselves—definitely a good thing for the environment. But other factors come into play when determining how much pollution your electric vehicle generates. These include where your local power grid gets its electricity, what time of day you charge, the climate where you live, the battery manufacturing process, and your driving patterns.

The above five factors all affect an EV’s performance—and how much, if any, of a negative environmental impact it has. Let’s look at each in turn.

Electric cars generate energy via electrochemical reactions in their lithium-ion batteries, which doesn’t require burning fuel the way a gas-powered car does. Battery vehicles run solely on electrical energy. Hybrids reduce emissions by using a battery in low-demand settings like city driving while engaging the gas engine the rest of the time. Most hybrids and EVs also have some kind of regenerative braking, which uses kinetic energy to charge the vehicle’s battery and further increases its efficiency.

Pollution-heavy sources of power, such as coal and oil, should be phased out in favor of renewables.
none

electric vehicles do generate emissions in a different way, however. the power plants supplying energy to the grid we use to charge those vehicles can produce harmful greenhouse gas emissions if they’re powered by burning fossil fuels. areas in the midwest region of the united states still rely on coal plants that have proven environmentally harmful for producing electricity. Areas on the West Coast have a more renewable-heavy mix, drawing on sources such as wind and solar to power more of the grid, but they still rely on fossil fuels to some extent.

For EVs to fully reach their potential as “clean” vehicles, we need to restructure the grid. Pollution-heavy sources of power, such as coal and oil, should be phased out in favor of renewables. Until that happens, EVs could still produce harmful emissions if the electricity they use is produced by burning fossil fuels. But make no mistake: Even when using non-renewable electricity, they still generate less carbon over their lifespan than gas vehicles. 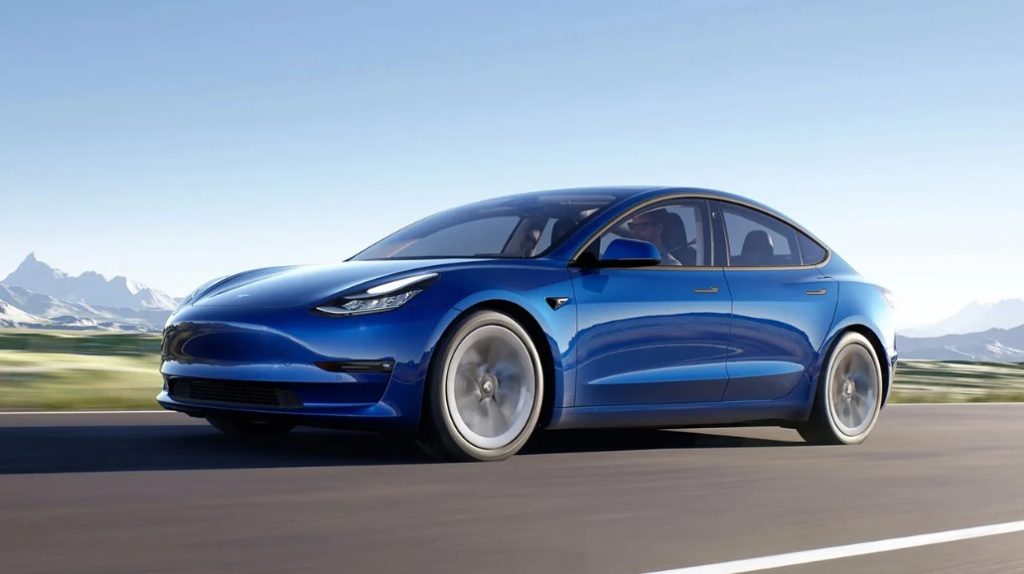 Some also argue that taking emissions off roads near houses and businesses does reduce harmful air pollution, even if power plants are located away from cities and people are still producing greenhouse gases. Although true, a cleaner grid could improve air pollution even further. The UK, for example, has reduced carbon emissions from electricity generation by almost 40% in the past three years, according to the UK climate publication Carbon Brief. Norway and France get almost all of their energy from renewable sources such as hydroelectric and nuclear power. In countries with this kind of energy mix, the production of EV batteries (which we’ll get to later) is the most carbon-heavy part of an electric vehicle’s existence.

2. Time of Day When Charging

Some areas of the US use different energy sources at different times of the day. In Chicago, Philadelphia, and Washington D.C., coal-fired power plants are used at night. Doing so reduces monetary energy costs, but ramps up pollution. Charging during the day, when power is drawn from cleaner sources in those areas, could help reduce emissions.

That could mean charging at a public station in a garage or outside your workplace instead of at home if one is available. Most people charge their EVs at their houses overnight, so this may not be a feasible option for many EV owners. It also isn’t a sustainable model for the long term. Again, the grid needs to be greener to correct this problem.

Extreme heat and cold have negative effects on the efficiency of electric vehicles. EVs in more extreme climate areas in the U.S. can use up to 15% more energy on average, according to Carnegie Mellon University’s Department of Engineering and Technology. In the very coldest areas, it can be as much as 40% more energy use. Cold weather slows down the chemical reactions that take place inside the lithium-ion batteries that power all-electric cars, and it requires more power for auxiliary electrical systems such as heating. That extra energy use could translate to higher emissions if that power is drawn from fossil-fuel-burning power plants.

But EV battery technology is consistently advancing. Battery packs that take less time to charge and are more energy-dense are in development. EVs are also already built with cooling systems to mitigate the effects of extreme heat on their batteries.

Battery and vehicle manufacturing are the most emissions-heavy processes involved with an EV. Around half the lifetime emissions from an EV’s battery come from the electricity used in its manufacturing and assembly, according to the Swedish Environmental Institute.

There’s also the matter of the metals that go into those batteries, such as cobalt and lithium. These metals have to be mined out of the earth through processes that are anything but green. In fact, mining the materials for an EV battery and assembling it produces more emissions than the production of a gasoline car. The processes involved in mining rare earth metals are water-intensive and can be harmful to the surrounding environment, wildlife, and people.

Despite the above, EVs still come out ahead of gas vehicles when you measure their emissions over their lifetime. Although gas vehicles produce steadily more harmful emissions as they age, an EV kept for several years would maintain a low emission level, with battery manufacture being the most polluting part of its life.

Image: The Union of Concerned Scientists

EV battery recycling is another area of environmental concern. It’s currently very difficult to extract the metals from a battery at the end of its life and use them in the construction of new ones, and the process is energy-intensive. That could be why a 2019 Chemical and Engineering News report puts the number of lithium-ion batteries currently being recycled at under 5%.

That same report does put forward some promising news, however. Because lithium-ion batteries have exploded in popularity and use, more effort and research are going into finding ways to recycle them. The U.S. Department of Energy (DOE) launched a $5.5 million reward program to incentivize methods of collecting and storing old batteries in 2019, and it’s currently in the final phase.

Other uses for battery packs that can no longer power an EV are being explored. They could potentially store energy as a backup power system for homes, and they could be used to power less energy-intensive devices.

up to 97% of a used battery’s component metals for use in new batteries. Effective recycling programs would reduce the need to mine new ore, which in turn would reduce the harmful environmental effects of mining. Old batteries acting as a larger source of new metals would mean more of that ore stays in the ground, slowing down the depletion of the existing supply. If an efficient recycling program can be implemented for EV batteries, it would help address one of the worst environmental aspects of EV manufacturing and use. 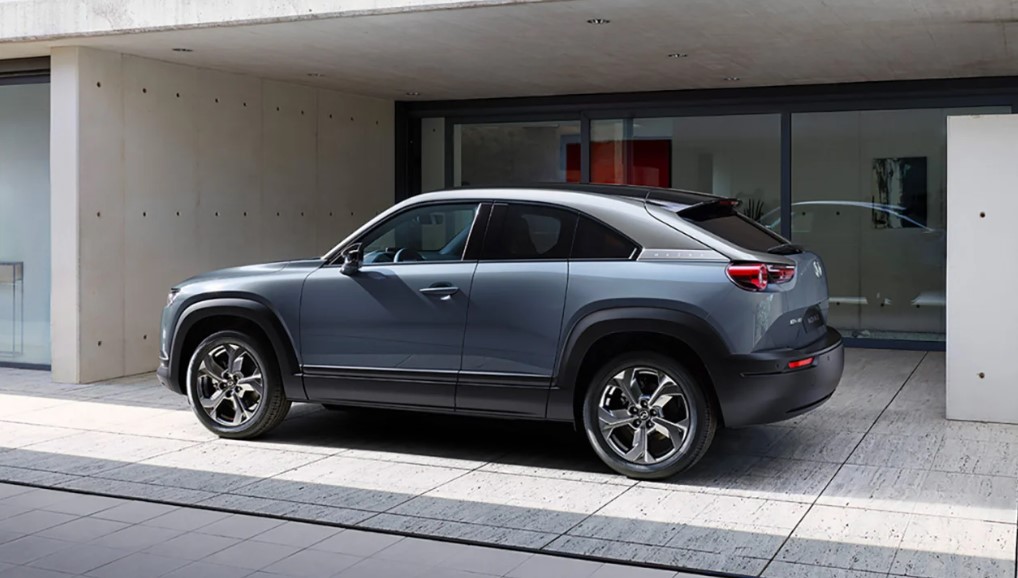 Whether an EV is used mostly for city or highway driving is another determining factor in their environmental cost. Studies have found that in city driving conditions, EVs and other electrified vehicles like hybrids have the potential to drastically cut emissions and save drivers money over their lifetime compared with conventional cars—especially in stop-and-go traffic. On the highway, though, EVs did only marginally better than gas cars at reducing emissions while costing more.

The study’s authors say this data is hard to nail down conclusively because factors such as driver behavior and non-representative samples can affect results in ways that might reduce accuracy.

So, Are EVs Really Green?

As with most things surrounding EVs, it depends. If EVs are constantly charging on a grid powered by fossil fuels, then they aren’t doing as much for the environment in the long run as they could, even if they don’t release emissions from their tailpipes. The battery manufacturing process and environmental damage caused by mining component metals must be addressed if we adopt EVs as a main form of transportation.

EVs already have less of an environmental impact over their lifespan than gas cars. That impact can only go down. A grid increasingly powered by renewable energy sources, when coupled with an efficient battery recycling program as well as improvements in battery technology, will go a long way toward making EVs the green machines we all picture in our heads. Progress has already been made toward those ends, but we have a ways to go.

But EVs by themselves will not save us from climate change, and they won’t be the only green transportation solution we need. They certainly help, and they can be improved to lessen their impact even more. We as a society need to develop EVs in tandem with effective public transportation and more walkable infrastructure to see a truly substantial decline in harmful greenhouse gas emissions and environmental pollution.

Extracted in full from: Electric vs. Gas Cars: What Are the Hidden Environmental Costs of EVs? (pcmag.com)