Submissions on a proposed 24-hour service station along the Bruce Highway at Sarina suggest the town has enough fuel stops but the developers say they expect the business to perform above the national average.

Fears of market saturation for fuel outlets in Sarina will be rejected today if a proposed new service station is given the go ahead.

Citing concerns about a fifth services station in a matter of blocks in the town centre, submitters told Mackay Regional Council the development proposal at 62 and 68 Broad Street would impact other businesses.

The 3027sq m site, between Phillip and Johnston Sts, would sell fuel but also have a food and drink outlet, shop, trailer hire as well as some vehicle maintenance and washing facilities.

“The development consists of a single storey ancillary shop located on the north-western corner of the site with an open alfresco area along the Broad Street frontage,” council documents read.

“Access to the site is via Broad Street and Phillip Street. Landscaping is provided along all frontages of the site (excluding driveway crossover areas).”

The council, which will vote today on whether to grant the developer a material change of use permit, received 15 submissions on the proposal.

“The proposal does not service local needs and the current demand is already covered by the four existing service stations,” one submitter said.

“The analysis does not provide a comprehensive comparison of the impacts of the other service stations, including hours of operation and number of bowsers.”

But the applicant argued the proposal was consistent with the requirements for non-residential development within a medium density residential zone code they sought. 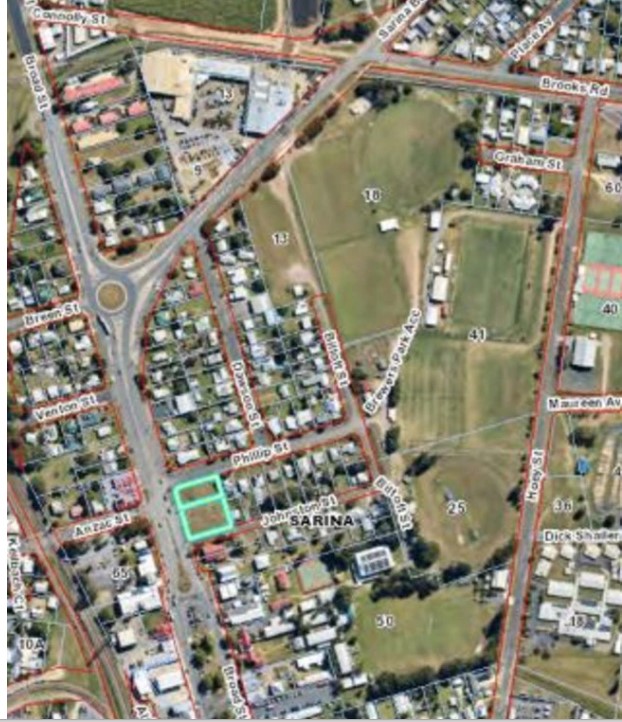 “The facility is expected to service the day-to-day needs of residents of the local neighbourhood,” council documents read.

“Given the highway location, it will also service persons travelling through Central Queensland over the Bruce Highway (Broad Street).

“In this regard, the proposal is anticipated to provide a convenience function as envisaged for non-residential development in the medium density residential zone.

“The proposed facility will not detract or impact the service stations referenced in the submissions.

“The market share analysis and impact assessment demonstrate that the proposed service station on the subject site would achieve a sales performance above the national average, indicating there is more than sufficient demand to support the proposal without resulting in the failure of any existing facilities.

“Therefore, there is an economic need for the proposal.” 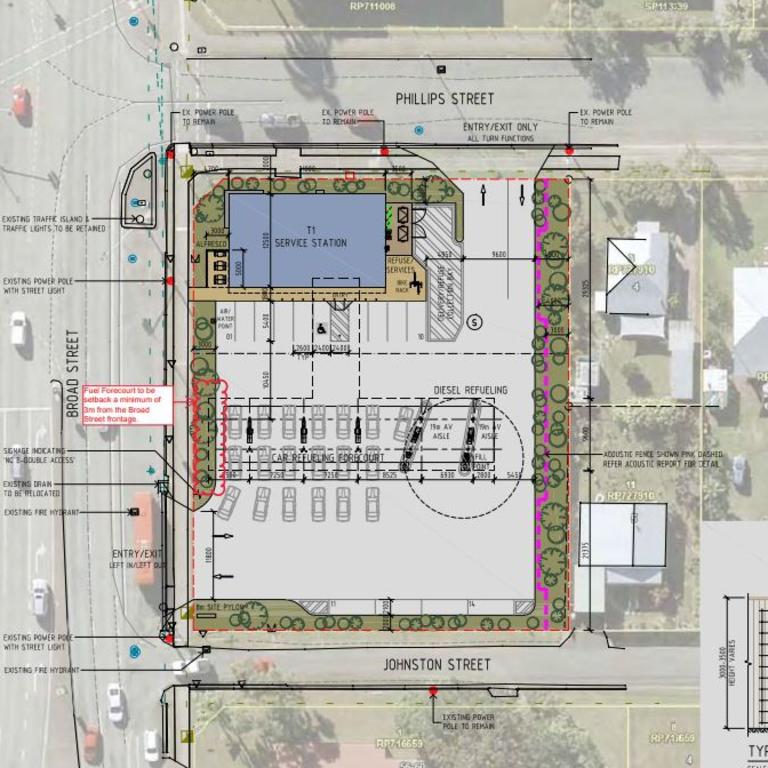 Documents say road access works on Broad St would need to include an auxiliary left-turn lane into the site to accommodate the swept path of a 19m semi-trailer, council documents read.

Another objector submitted raised traffic congestion and safety concerns for pedestrians and motorists, suggesting proposed signs might detract from a nearby 40km/h speed sign for the school.

The council has suggested the approval require upgrades to the pedestrian footpath, signs alerting motorists of pedestrians and a physical means of speed control at the exit point along both Broad Street and Phillip Street. 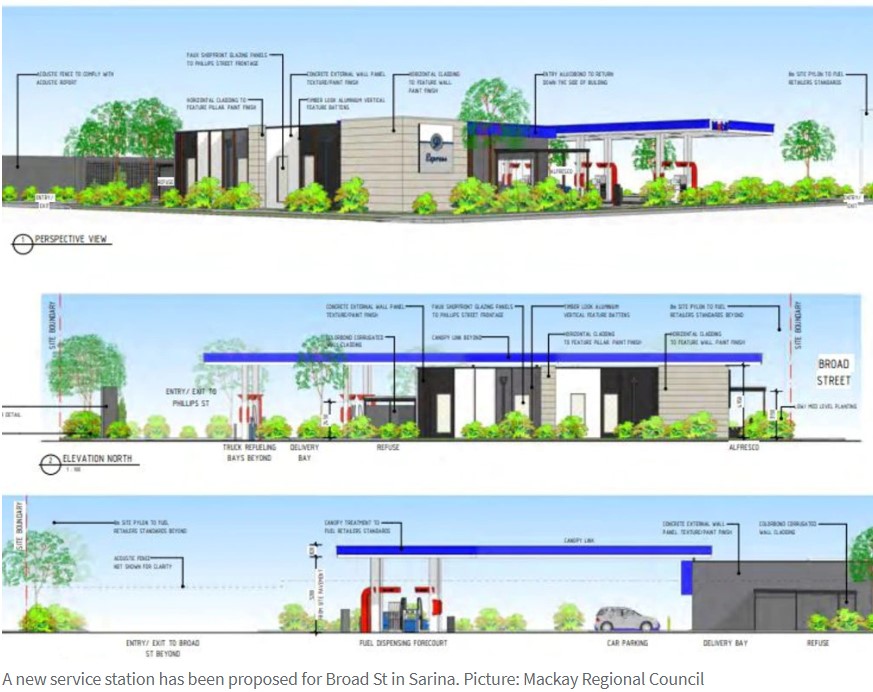 “In addition, council officers are aware of concerns relating to pedestrian connectivity, in particular school age children crossing the road in front of the site and using the existing traffic island as a hold point,” council documents read.

“However, within proximity to the site there exists three signalised crossings allowing for safe and efficient street crossings.

“Furthermore, as the road is a state-controlled road, any upgrades to eliminate crossings are unable to be required at a council level.”

Council principal development planner Cherise Ayling said the proposal had been designed to ensure impacts were minimised, with recommended conditions for approval including landscaping and acoustic attenuation measures.

Ms Ayling recommended the developers be granted a permit for a material change of use.

“The reports and plans provided by the applicant demonstrates that the proposal will not have a detrimental impact on adjoining residents,” she concluded in the report.

“The applicant has provided technical assessments in relation to development need, acoustic measures and stormwater management, and the resulting design of the development will ensure that the amenity of the surrounding area will not be adversely affected by the proposal.”