Council bosses and developers finalised plans for a new petrol station in a disaster zone – while the site was still underwater from March’s record floods.

The proposed 7-Eleven service station on a roundabout on South Lismore’s Union Street is just 200m from the notoriously flood-prone Wilsons River in northern NSW.

Lismore was one of the hardest hit areas during the recent deluges, which saw the town submerged under 14m of rising floodwaters during the downpours. 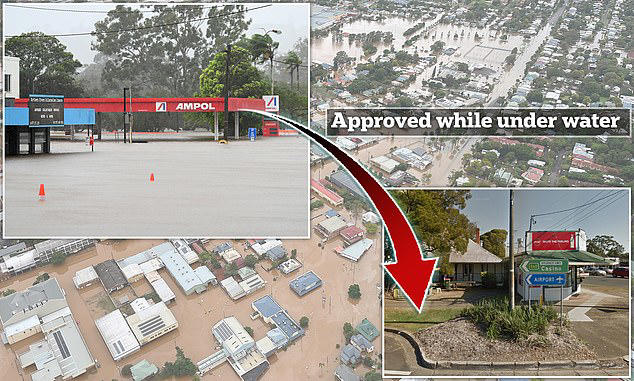 © Provided by Daily MailThe proposed 7-Eleven service station  – currently a corner store, pictured bottom right – was under 3m of water when the decision was taken to approve it (pictured top left, another nearby Lismore service station during the recent floods) 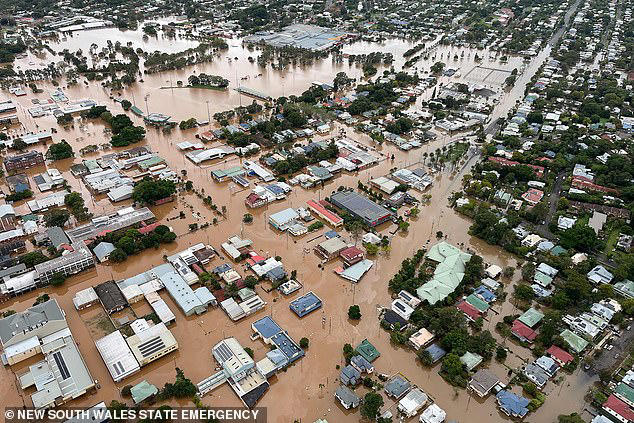 © Provided by Daily MailCouncil bosses and developers finalised plans for the new petrol station, just 200m from the notoriously flood-prone Wilsons River in northern NSW which inundated Lismore in March

The site was still underwater last month when developers and planners met officials from the Land and Environment Court to rubberstamp the development.

‘There’s probably a bit of concern,’ admitted Josh Oliver who owns Go Motors on the opposite side of the street from the planned petrol station. ‘But the show must go on…’

Council chiefs insist their negotiations managed to get the best possible solution from the developers for the site after initially refusing to approve the plans.

The Land and Environment Court oversaw a series of consultation meetings in March that took place while the crisis-hit town was still mopping up the devastation. 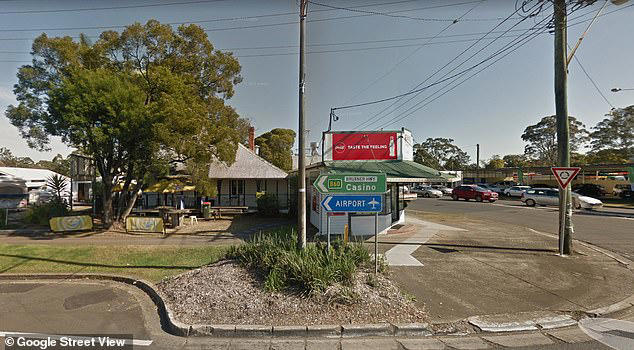 Last week the court formally approved the plan to knock down the remains of a long-standing corner store that was destroyed in the flood to build the new service station.

Locals said they were just happy to see any company keen to invest in their town again after it was ravaged by back-to-back flood disasters within a matter of weeks.

That was the oldest corner store you’ll probably ever come across anywhere,’ Mr Oliver said. ‘Everyone supported it and loved it. To see it go is really, really sad.

But I’d cop a servo being built there over it being an empty spot for the next 10 years.’ 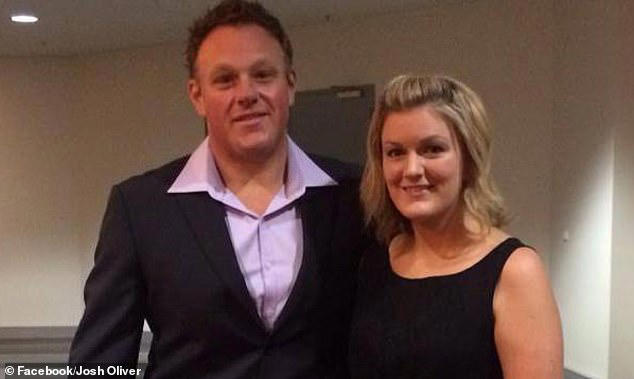 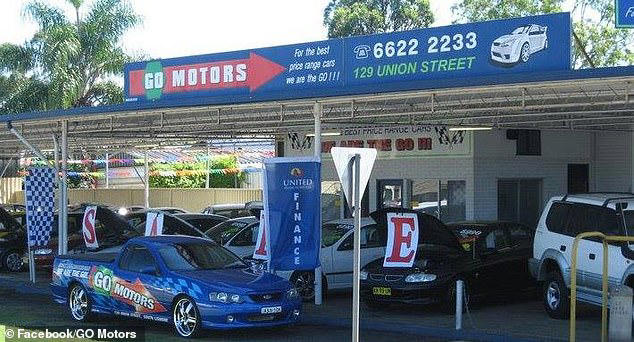 He said the water in the last floods completely swamped the area under three metres of filthy water, but he said it was unlike anything they’d ever seen before.

‘We had a flood in 2017 and it was knee-high…but that was nothing compared to this,’ he said.

He was convinced a service station would be safe regardless of the flood danger.

‘Obviously there can be some unfortunate circumstances where contamination can occur,’ he admitted.

‘But most of the time they cap their bowsers before events like that and stop any fuel from hitting the waterways.

‘There was probably more danger from the corner store’s deep fat fryer spreading its oil in the last flood to be honest.’ 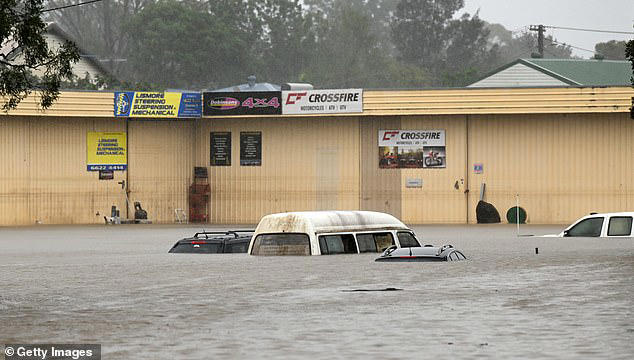 The court said it took the was a flooding risk into consideration, along with possible traffic hazards on the roundabout and environmental issues.

It also acknowledged there wasn’t a need for another petrol station, given there is a Shell one on the other side of the road.

But the court’s Acting Commissioner Alan Bradbury said it would ‘add to the mix of businesses along this section of the Bruxner Highway’.

‘I would rather there be something there than nothing at all. While there’s a business there, there’s employment opportunity for our local people,’ he said.

Lismore City Council defended the approval and added: ‘This decision was a conciliatory process between parties to achieve the best possible outcome.

‘The agreed conditions relating to flood management at the site are a significant improvement from the original application.’

Extracted in full from: Petrol station is approved for flood plain while the site’s underwater (msn.com)