Shocking footage has emerged of the moment a man aimed a shotgun at Metro Fuel service station worker during an early morning armed robbery.

The initial report indicates that at 4.23am on Tuesday a lone person entered the Harristown business while wearing a distinctive black and navy ‘Ralph Lauren Polo’ branded hoodie with one blue sleeve, one red sleeve and a white hood and a black baseball cap.

He asked the cashier for a pack of smokes and while he is looking down the robber has pulled out a shotgun and demanded cash.

The cashier complied and the offender fled with what was described as a ‘significant’ amount of money. 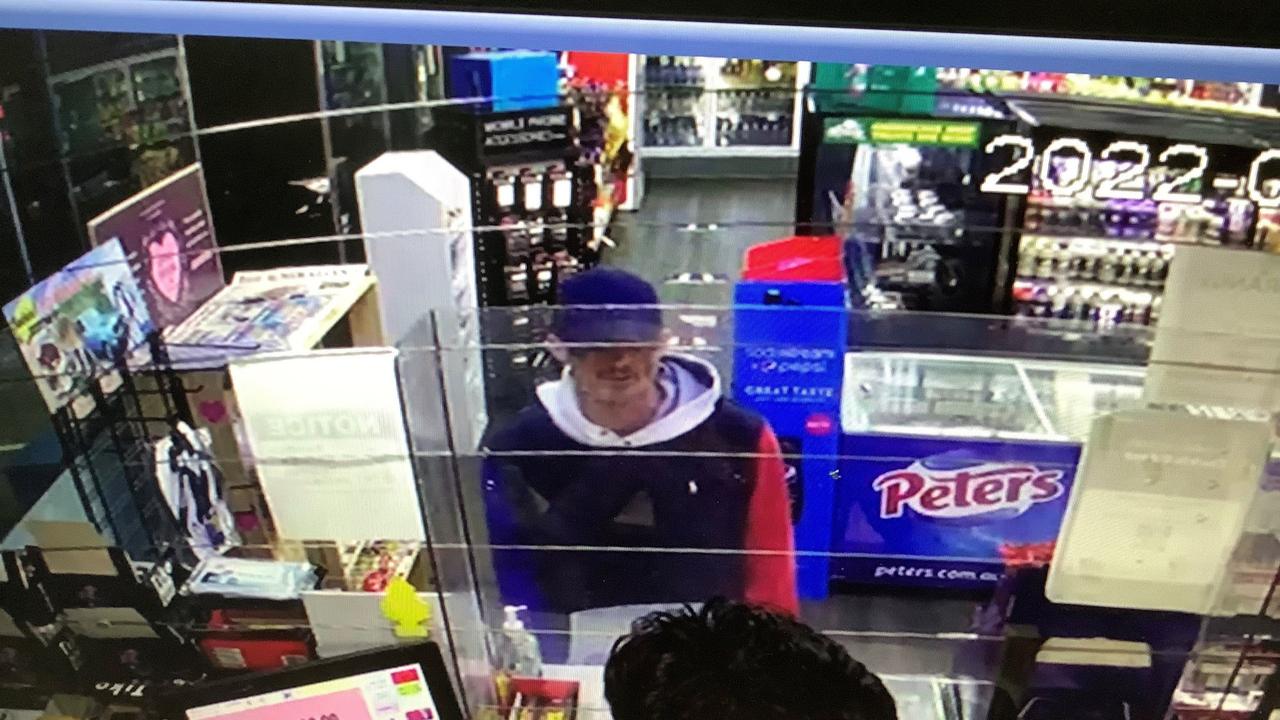 SHOTGUN ROBBERY: Police are appealing to the public for information, in relation to an armed robbery at a Harristown service station on Tuesday April 12.

The store owner, Wahid Ali said the cashier was shaken up but otherwise uninjured.

“It was very horrible,” he said.

“I have told my staff that if something like this ever happens you don’t have to argue.

“A human being’s life is more important than money.”

Mr Ali said the store had good security arrangements and though his staff are regularly harassed by unruly teenagers, this was the first time someone had robbed the store.

“It never used to be like this in Toowoomba,” he said.

“I hope the police catch the person soon because if they don’t then the person will not stop.

“They will go to another petrol station tomorrow night.”

Toowoomba Criminal Investigation Branch detectives are reviewing CCTV footage and anyone with information about the offence or who has dashcam footage of the area at the time of the offence is urged to come forward.