Shock $349 fine you could land at the servo

If you’re about to hit the open road this Easter long weekend, the last thing you want to do is cop a fine while driving.

Lucky for you, we have compiled a list of the most unusual fines you can be slapped with so the only thing you are stopped by is the Easter bunny.

1. Drive over nature strip in a school zone: $464 fine and four points

So don’t think of pulling that Range Rover up on the kerb – even if it is a tight one-way street and parking is difficult. 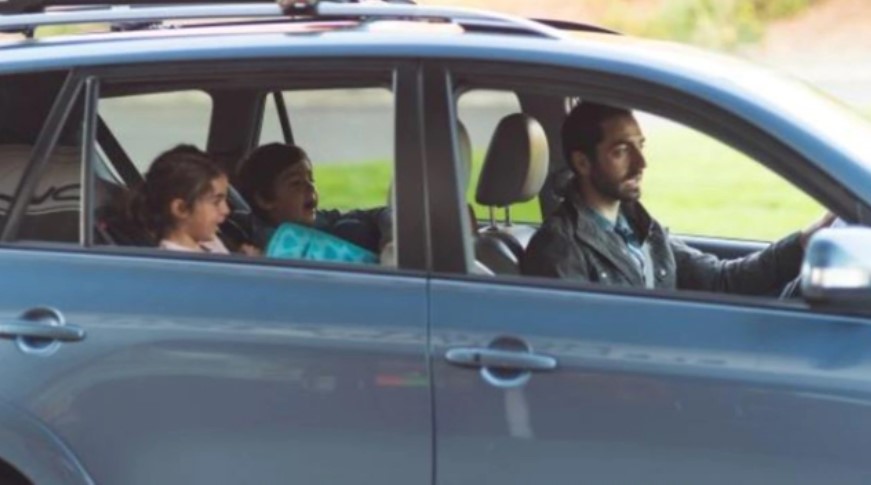 Driving over a nature strip in a school zone will cost you hundreds of dollars. Picture: Escape

Well isn’t this the fine to end all fines. That cheerful farewell as you say goodbye to a pal could cost you dearly. It’s a double whammy – you could be fined for “unnecessary use of horn or warning device” ($349 in NSW) and “part of body outside the vehicle” which is another $349 fine. 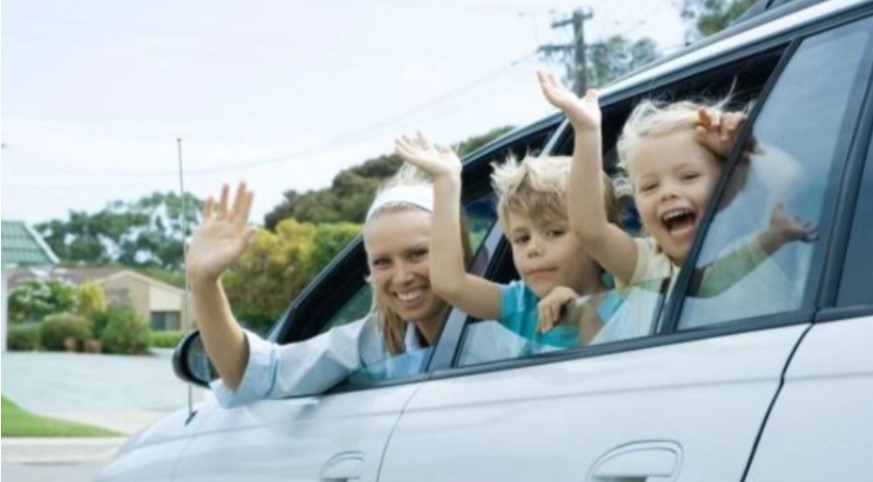 Beeping your horn to say goodbye will cost you dearly. Picture: Escape

3. Flash lights to warn others of speed camera or RBT: $116 and one point

Many people consider it a community service, flicking your headlights on and off to warn other drivers that the boys and girls in blue are in the area. But it can come at a price. You could score an infringement notice to the tune of $116 and one demerit point – the fine used to be referred to as high beams in a built-up area, but now it’s simply “use high beam towards oncoming vehicle”. And you would want to be sparing with your use of high beams in general. In NSW there is a $116 ticket for using fog lights when there is no fog or “inclement weather”. 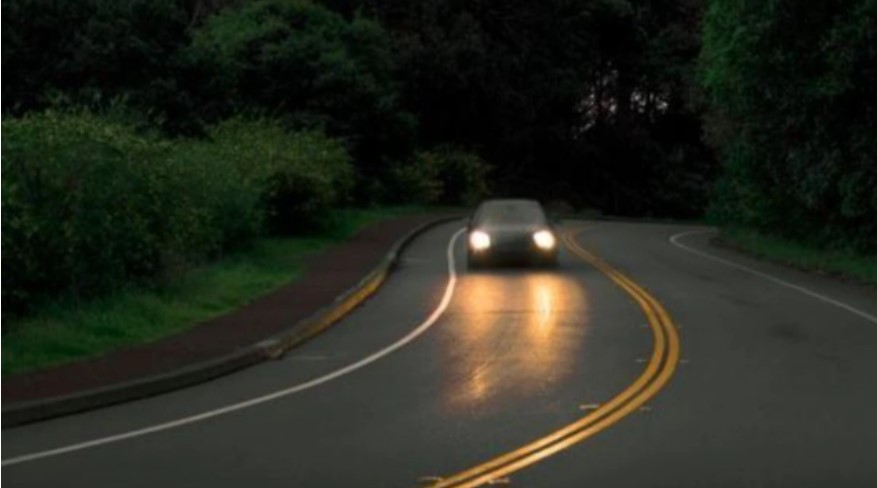 Doing a community service will prove to be a disservice to your wallet. Picture: Escape

It may be a cause for entertainment for some, but splashing a pedestrian on a rainy day can have serious consequences. However, in NSW, it is only a traffic offence to splash those who are waiting at a bus stop – any other individual is exempt from this rule. So avoid those puddles – don’t risk the hefty $187 fine. 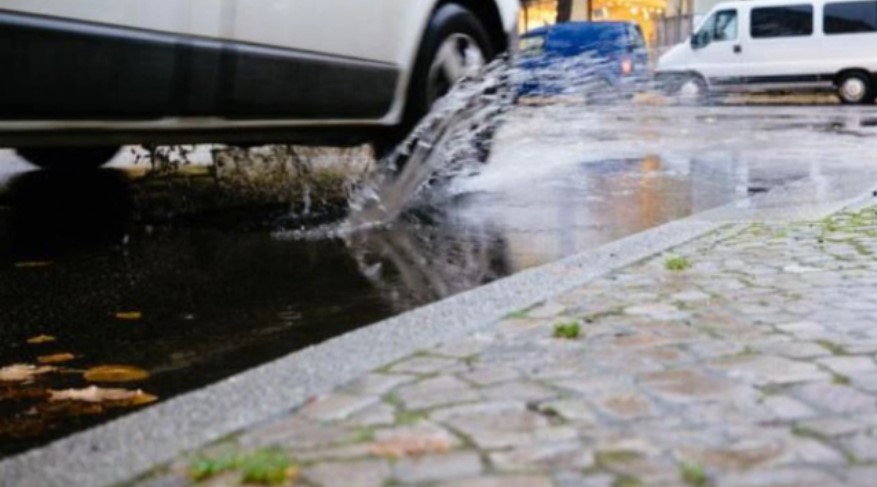 Have you ever been splashed by drivers on a rainy day? That’s another traffic offence. Picture: Escape

5. Speeding up while being overtaken: $344 and two demerit points

As frustrating as it is, this is unfortunately a common behavioural trait that occurs on our roads when a person decides to accelerate as another driver attempts to overtake them. And it’s another obscure traffic offence. Drivers engaging in this behaviour in NSW can incur a $344 fine and two demerit points, while in Victoria the fine is $330 and two demerit points. 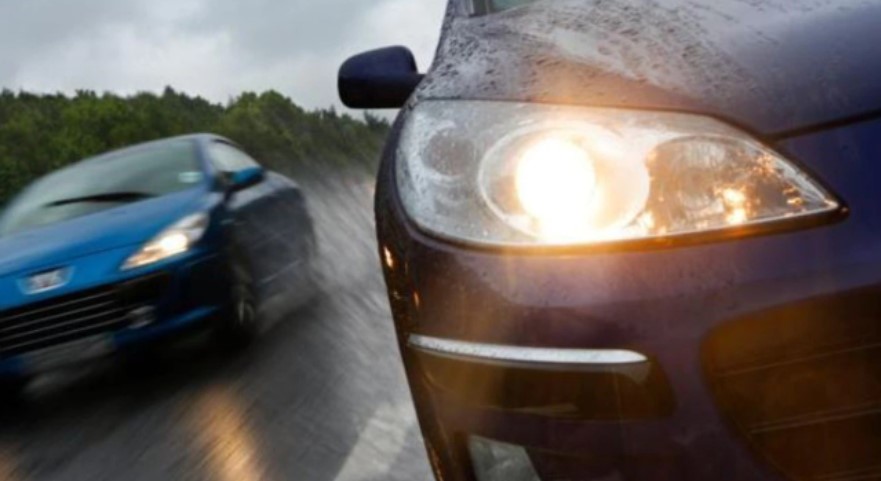 It’s actually illegal not to give way to a hard-to-control horse, or a horse that refuses to move. If a rider raises a hand and points to his or her horse, you must steer the car as far to the left as possible, turn off the engine and wait until the horse is far enough away that you’re in no danger of startling it. If you disobey this rule in Queensland you could face an instant fine of $130. 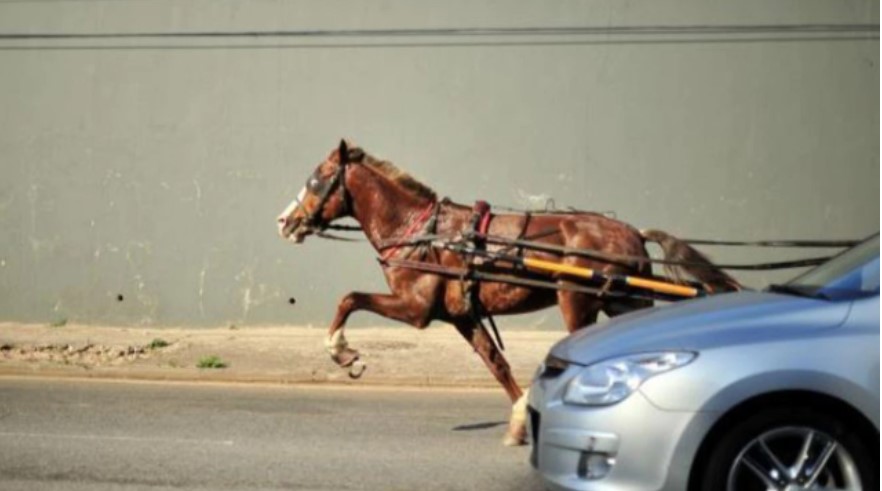 The horse is the real king of the road. Picture: Escape

We all know the danger of using a mobile phone while driving, but what if you want to use your phone pay for that quick meal at the drive-through window? Turns out the law is strict and still applies to drivers who are stationary at a drive-through. Depending on which state you’re in, you could be fined up to $534 and be at risk of losing up to five demerit points – that’s one costly meal. To avoid a fine you must have your engine switched off and your handbrake on before using your mobile phone. 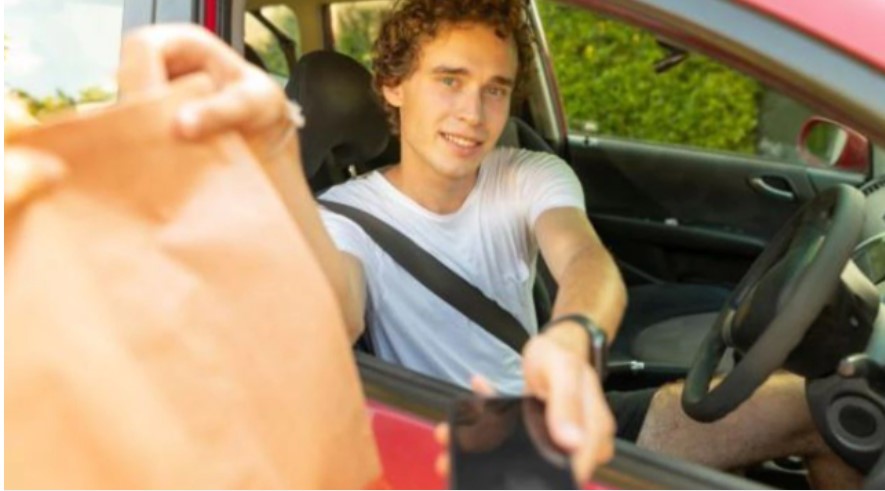 It might be better to just tap your card at the drive-through. Picture: Escape

You’ve most likely seen someone quickly ducking out of their car to get a coffee or pick up their takeaway dinner and leaving the car running with the key in the ignition. While it’s convenient, it’s not the smartest thing to leave your key in the ignition unattended – in NSW it’s a traffic offence which will cost an individual $114. Around 1000 people a year receive this fine in NSW. 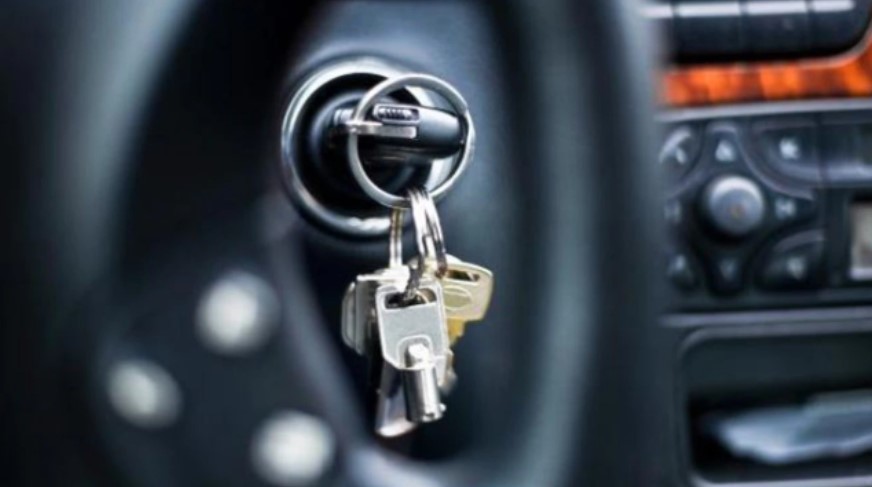 Leaving your key in the ignition will cost you $114. Picture: Escape

9. Cutting through a service station: $349 and three demerit points

It’s a huge temptation … you’re driving up to a red light, there’s a line of traffic in front of you, and you’re wanting to turn left. You can see how easy it would be to cut through the service station on the corner and be on your merry way. But be warned that short cut is illegal and could land you a $349 fine. The ticket is designed to protect pedestrians in service stations and falls under “drive on or over footpath”. 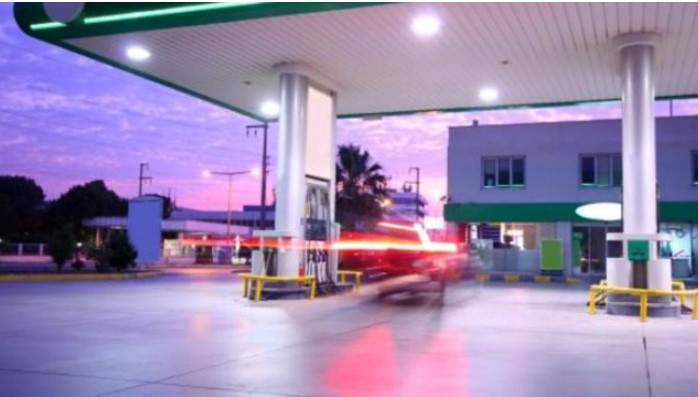 Cutting through a service station will land you a $349 fine. Picture: Escape

10. Throwing apple core out of the car window: $533 and two demerit points.

Sure, they’re biodegradable, but you can still be fined for littering. In Queensland, the crime of “dropping injurious matter on a road” can cost you $533 and two demerit points.