SHELL fuel supplier Viva Energy has made a huge step into what it believes to be the future with plans to open a hydrogen refuelling station in Geelong and link it with similar stations planned for Sydney and Brisbane.

Its “New Energies Service Station” in Geelong will from late next year offer electric vehicle (EV) charging along with public refuelling of hydrogen-fuelled trucks and buses.

The opening of the station, to be sited on the corner of Station Street and the Princes Highway at the entrance to Geelong Refinery, will coincide with the first deployment of FCEV fleets in Australia operating and refuelling outside a company property.

Viva said in a statement to the Australian Securities Exchange (ASX) that the project will provide the commercial deployment of hydrogen fuel-cell electric vehicles (FCEVs) “in a cross-section of industries that can’t be easily decarbonised.”

The project has received a $22.8 million grant from the Australian Renewable Energy Agency (ARENA) as part of ARENA’s Advancing Renewables Program. It brings together diverse industry partners operating an initial fleet of 15 hydrogen-powered heavy vehicles that will be refuelled at the station.

The Victorian Government also contributed $1 million to the project via the Renewable Hydrogen Commercialisation Pathways Fund.

“Providing a holistic solution for the delivery of hydrogen vehicles and the supply of hydrogen, the project drives hydrogen demand in parallel with infrastructure development to overcome the ‘chicken-and-egg’ challenge that has traditionally been a key hurdle for the sector,” Viva said.

“The project illustrates the benefits of industry and government working together to address carbon emissions in the commercial road transport sector,” the company said.

Foundation partners deploying vehicles in the first year of the project include: 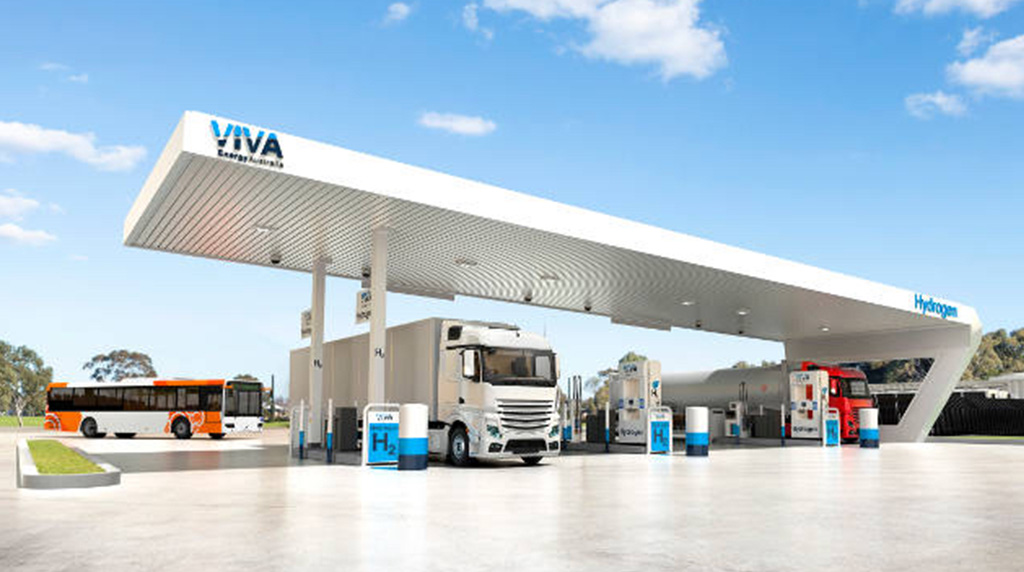 Viva said that some vehicles will be delivered by Hyzon Motors out of Europe and Australia, while CDC’s two FCEV buses will be manufactured and delivered by Australian-based manufacturer, Aluminium Revolutionary Chassis Company (ARCC).

“Viva Energy is in discussions with a number of other potential partners and hydrogen vehicle manufacturers regarding purchase and delivery of the remaining vehicles,” it said.

Viva Energy CEO and MD Scott Wyatt said his company was delighted to be able to partner with long-term existing customers to demonstrate the important role that hydrogen will play in the future of transportation in Australia.

“Our existing partners have come on this journey with us and we share their excitement about what it means for the future of zero-emissions transport,” Mr Wyatt said.

“This project puts hydrogen-powered vehicles on the road to prove their value in day-to-day commercial operations while reducing the carbon footprint of the heavy vehicle transport we rely on every day.”

Mr Wyatt said the Geelong station will begin as a back-to-base model, but Viva Energy hopes that it will be the first of a network of hydrogen-refuelling outlets located on key transport routes up Australia’s east coast, connecting Melbourne, Sydney and Brisbane.

The project ties in closely with Viva Energy’s recently-announced sustainability ambition to reach net zero carbon emissions across the business by 2050 and also supports its goal to help customers meet their own sustainability targets as the world transitions to a new energy future.

Toll Group’s Managing Director, Thomas Knudsen, said: “Toll Group is proud to take a leadership position in the freight and logistics industry in exploring the commercial viability of hydrogen-fuelled vehicles as we demonstrate the value of alternative fuels to the industry and work towards reducing our carbon footprint.”

“We are grateful for the funding support the New Energies Service Station project has received from both the Federal and Victorian governments. This project is an important step in Toll Group’s overall sustainability strategy.” 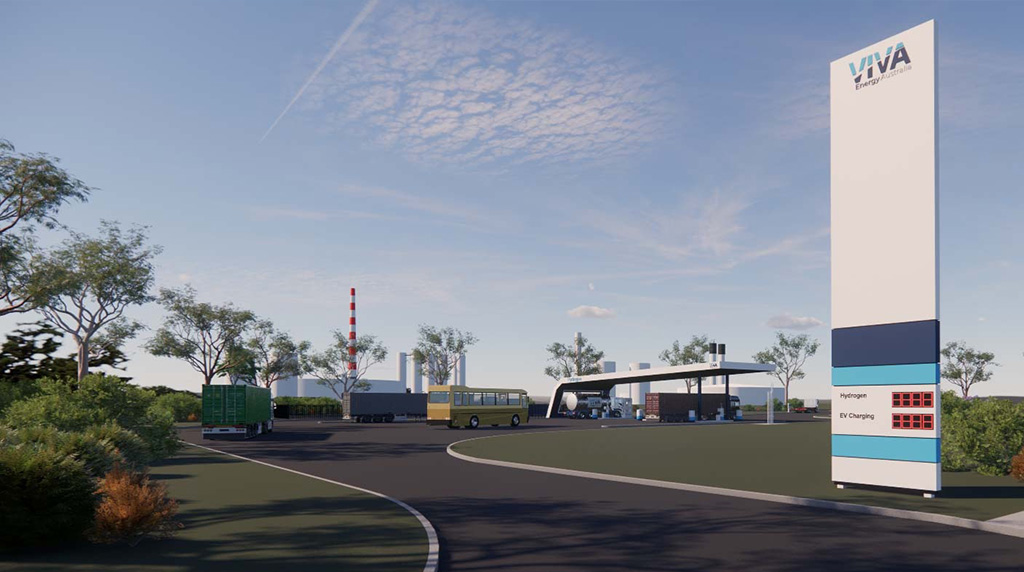 “We see strong potential for hydrogen and importantly an ecosystem of Australian-based providers driving collectively toward a cleaner future for Australians.

“It is also great news for our customers in Geelong who will experience this exciting technology through their daily commute.”

“These hydrogen vehicles will not only help us decarbonise, but also assist our customers and the municipalities that we serve to achieve their carbon emissions reduction targets,” he said.

“Investing in new and emerging technologies is crucial to drive innovation towards making a sustainable future possible together.”

Barwon Water Chair, Jo Plummer, said the connection with Viva Energy and the refinery in Geelong has been particularly close since the establishment of the recycled-water industry-leading Northern Water Plant in 2013, which recycles domestic sewage and industrial wastewater from Northern Geelong to offset potable water use at the refinery.

“The funding for this vehicle is also a key step towards our net-zero emissions goal. As well as renewable energy, Barwon Water is decarbonising its fleet of maintenance and service vehicles.

“This project demonstrates the benefits of strategic partnerships and we are thrilled to help deliver Geelong’s first ever New Energies Service Station, and take a major step in greening our maintenance vehicle fleet as part of our Strategy 2030 aims to be net-zero emissions by 2030.”

The first shipment enables the safe transport of liquefied hydrogen in large quantities from Australia to Japan.

Coregas, owned by Wesfarmers and Australia’s only industrial gas supplier, has been involved in the project from the drawing board stage.

Coregas said the vessel liquifies hydrogen at -253C which reduces its gaseous volume to 1/800th at low pressure which makes it safe and more efficient to transport over long distances and more specifically the sea.

Extracted in full from: Viva to open hydrogen station in Geelong (goauto.com.au)