With brutal petrol prices in mind, tech blogger Elly Awesome has found an “affordable” electric car – and some people even get a $3k sweetener.

Petrol prices are brutal at the moment and I know everyone is feeling pained when filling up. This is partly why I’ve been on a mission to find commuting alternatives, such as electric vehicles, to save money.

This quest has led me to find out if there are any ‘affordable’ electric cars available in Australia and left me pleasantly surprised with what’s on the horizon.

It’s a quirky brand name but the company has a lot of merit when it comes to manufacturing electric cars.

BYD started as a battery manufacturing company and continues to be a reputable battery brand and now it’s been almost twenty years since they began producing cars.

There are actually many BYD vehicles being used as public transport vehicles in China and here you may have even seen or been on the Electric Blu Sydney Airport buses which are BYD electric vehicles. 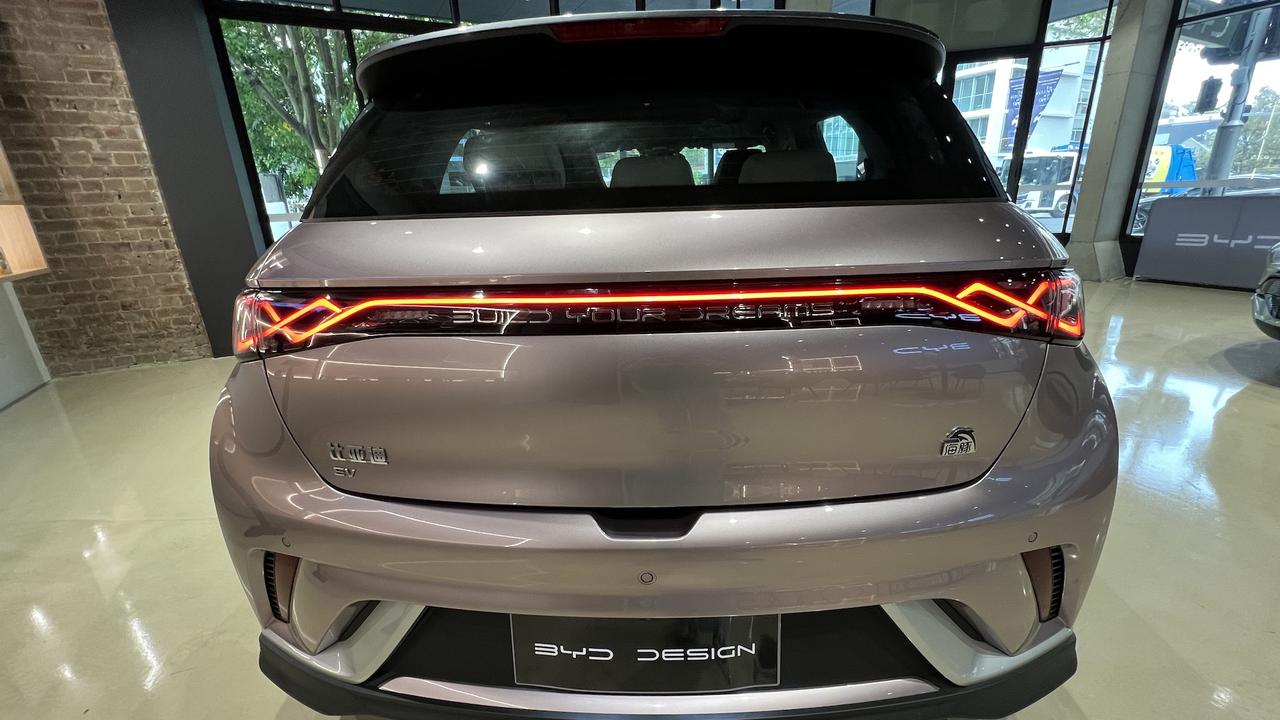 Needless to say, although BYD is a relatively new brand to Australians, this car company is ready to make a splash in the Aussie electric vehicle market.

It’s been said that over 3600 people have already put down a $1000 pre-order deposit for BYD’s Atto 3 through EVDirect (the only Australian importer) earlier this year.

This will be the first BYD car to launch in Australia and it’s set to arrive in July for $44,990 drive-away. This will be Australia’s cheapest electric car ever and if you’re ordering from NSW you’ll even likely qualify for a government EV rebate that offers you $3000 cashback. The car comes in four colours – red, blue, grey and white – and the battery can offer over 400km of range from a full charge.FROM OUR 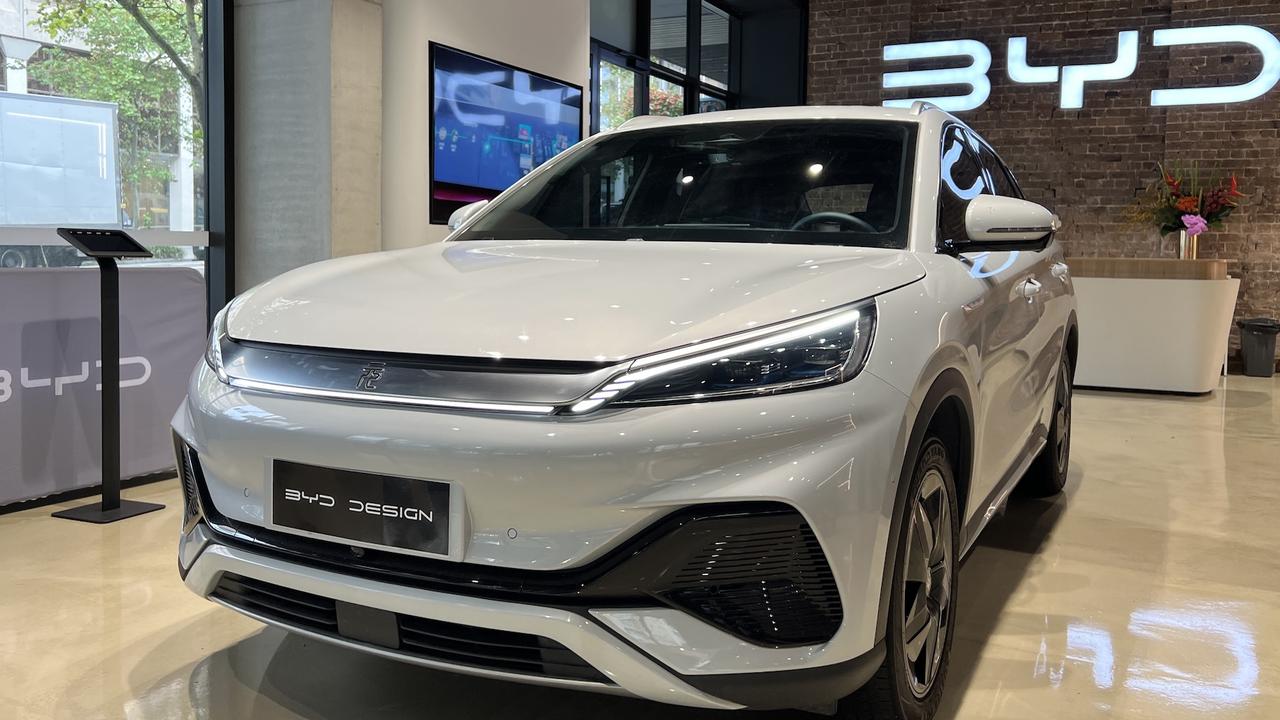 What’s even more exciting is that EVDirect is rumoured to also be importing BYD’s smaller car, colloquially known as the BYD Dolphin, at the end of the year. And the Dolphin is rumoured to cost somewhere around $35,000 Australian dollars, which would then reign supreme as Australia’s cheapest electric car by far. This will surely make it a genuine alternative to mid-range petrol-cars. 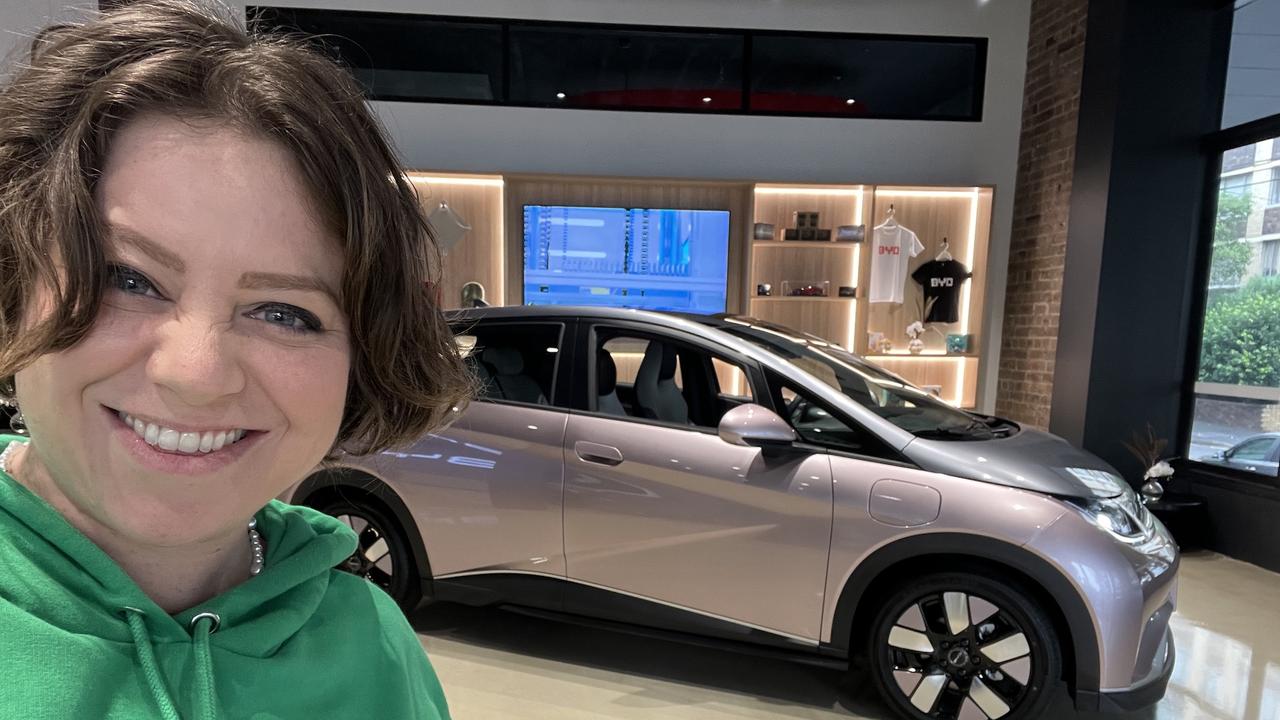 The BYD Dolphin vehicle will be around $35,000. Picture: Elly Awesome

I checked out both of these cars at the BYD showroom in Sydney recently and marvelled at their features. They both have extremely futuristic interiors with large rotating touchscreens in the centre of the dash, wireless phone charging capabilities, regenerative braking (that recharges the battery as you brake) and Apple CarPlay and Android Auto support is coming in Q4 2022.

More excitingly, they both have Vehicle to Load adaptors which allow you to plug in and power any regular household appliances (with a three-prong plug) such as a TV, laptop charger, blender or generator. 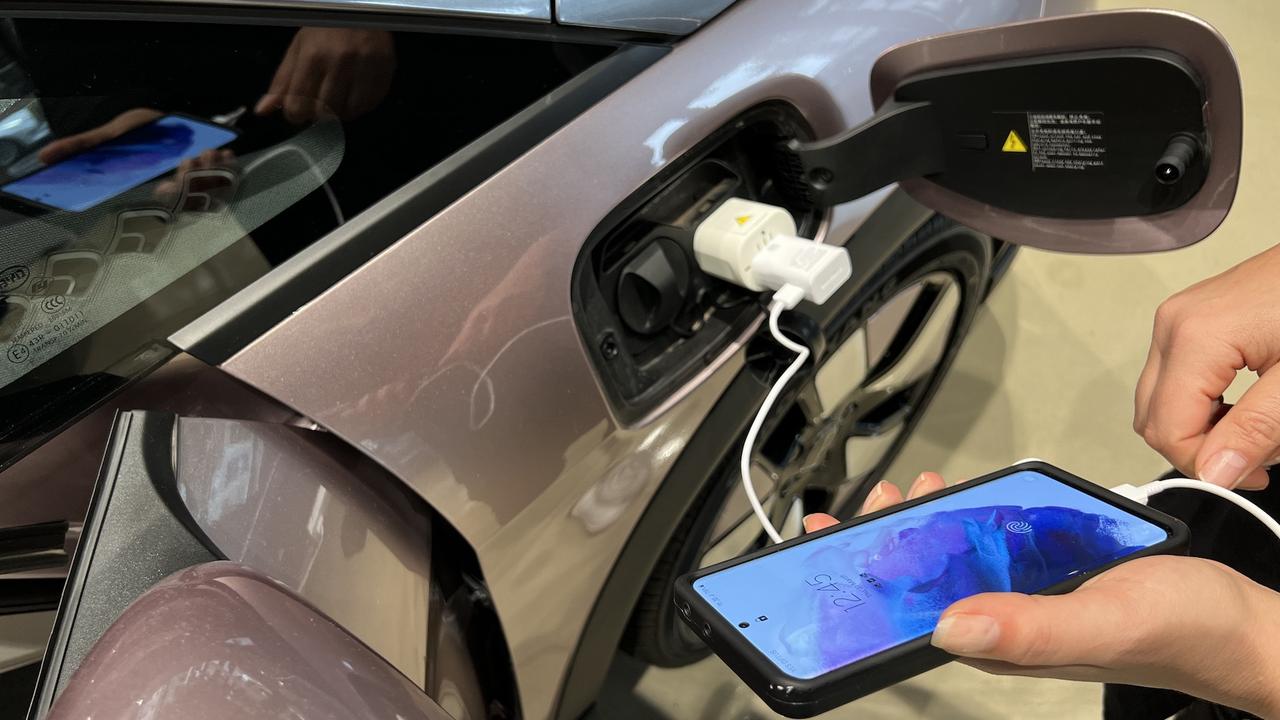 The BYD vehicles allow you to plug in and power any household appliances into their Vehicle to Load adaptors. Picture: Elly Awesome

Both cars have around 400km of range on a full charge and can either be charged at home with the car plugged into a wall (but it’s very slow!) or faster at a charging station.

Out at an EV charging station both cars are expected to charge from approximately 30 per cent battery to 80 per cent in just 30 minutes if you’re using a fast charger.

And in my experience fully charging an electric car at a public charging station in Australia will only cost you around $7-10 on average. And unlike previous hybrid or electric vehicles with disappointing battery lifetimes, the BYD Atto 3 (Dolphin unknown) comes with a seven-year warranty, offering you confidence in your EV investment long term.