Calls for electric vehicles to face a tax

Experts say the end of the fuel excise discount in September was a chance to consider whether taxing fuel was still “the smartest way to pay for our roads”.

Residents of the wealthy electorates targeted by “teal” independents are leading the transition to electric vehicles, fuelling calls for them to face a similar tax burden to those driving petrol-powered cars.

There were at least 200 Teslas on the road in the Victorian seats of Kooyong, Higgins, Melbourne and Macnamara as of January 31, according to a Herald Sun analysis of Australian Bureau of Statistics data.

In NSW, there were 420 Teslas in Wentworth, 309 in North Sydney, and at least 200 in Bradfield, Sydney and ­Warringah.

Australia’s peak motoring body seized on the data, saying the end of the fuel tax discount in September was the best time to consider a distance-based charge on electric cars.

In Victoria, electric vehicle owners have paid 2.5 cents per kilometre since July 1 last year, while being given a $100 discount on registration.

But in NSW, a similar charge has been delayed until 2027 or until electric vehicles make up 30 per cent of new car sales. 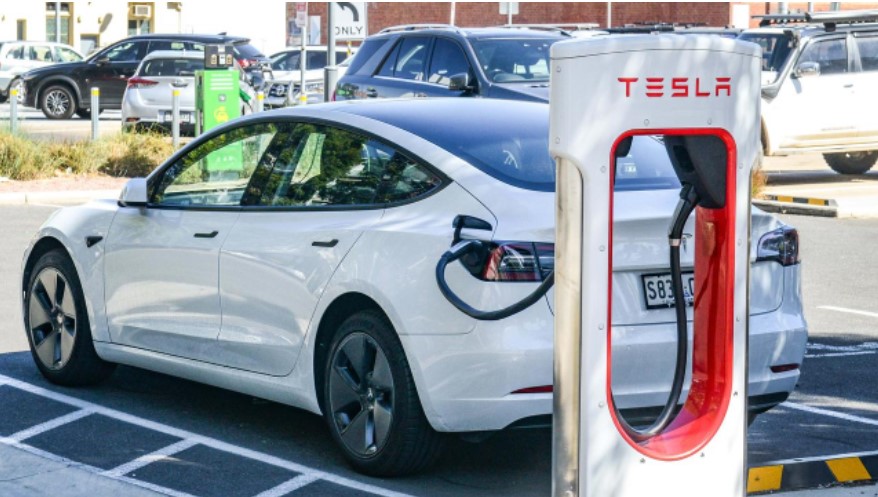 Australian Automobile ­Association managing director Michael Bradley told the Herald Sun the end of the 22-cent fuel excise discount was a chance to consider whether taxing fuel was still “the smartest way to pay for our roads”.

“Even before EVs came along, fuel excise was unfair, but now it’s also unsustainable as increasingly fuel-efficient cars and new technologies ­reduce revenue,” he said.

“EV numbers are only going to increase, and we need to hurry up and establish a ­national road user charge that appropriately captures all ­vehicles,” Mr Bradley said.

The Electric Vehicle Council argues a tax on electric cars is a “tax on clean air” that will stifle economic opportunity.

Herald Sun analysis found the combined number of Tesla Model S, Model 3 and Nissan LEAFs was in single figures in the Queensland seats of Flynn and Capricornia, Lyons in Tasmania, Riverina in NSW, and Grey in South Australia.

Extracted in full from: Electric vehicles: Calls for EV to face a distance-based charge | Herald Sun