HOPE could be on the way for Cairns motorists battered by soaring fuel prices, with a relentless surge of new servos expected to deliver price competition in a crowded market.

Cairns is slated for a service station boom with more fuel businesses to spring up in the Northern Beaches and development applications submitted for Smithfield and Earlville.

“An increase in fuel outlets will increase competition and hopefully put downward pressure on prices for the benefit of local business and consumers,” she said.

“From a business perspective, when fuel is a major expense the last thing one can afford is continually rising prices, which are then passed on to consumers.” 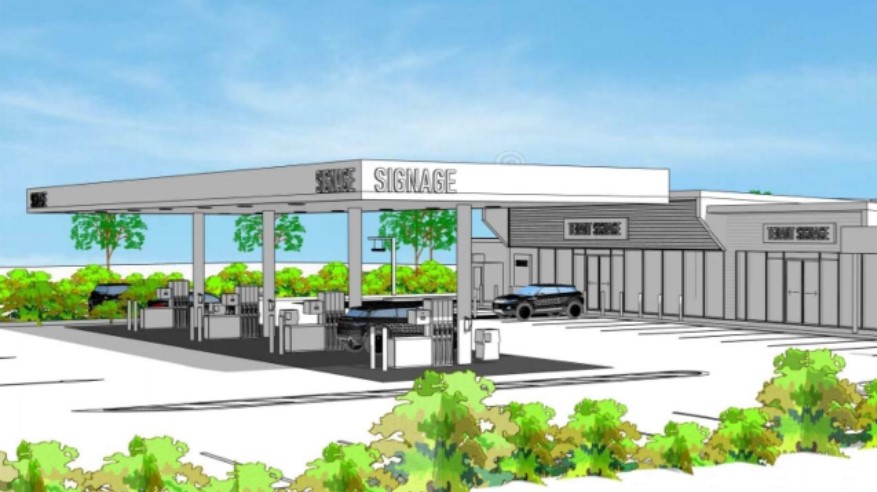 Developers are planning to build a new service station, fast food and mixed use business centre on the site of the former Cairns Tropical Zoo at the corner of Bokissa Rd and the Captain Cook Highway beside the Palm Cove turn-off. Photo: supplied.

Fuel prices in Cairns have increased by 5.3 cents per litre over the past week.

RACQ’s fair fuel price finder states a fair unleaded petrol price in Cairns is about $1.97 per litre and a fair diesel price is $2.01 per litre.

While a smattering of fuel stations currently offer petrol prices under the “fair price”, none can do the same for diesel; the cheapest diesel is $2.06 at Ampol Cairns, United Woree and Puma Portsmith, all located in Portsmith.

With Cairns predicted to be hit harder than average by the cost of living crunch, this latest price hike adds fuel to the flames.

“The federal government’s temporary cut to the fuel excise is being passed on to motorists. Without it, the average price of unleaded in Cairns would be around 218 cents per litre,” said Ms Cooney.

“When the full fuel excise resumes in September, prices will likely rise by 22.1 cents per litre plus GST.

However … it is impossible to predict what will be happening in the global oil market come September.”

“There’s still time for the government to factor that into their budget,” she said.

Where can you find the cheapest unleaded petrol per litre? Find the price breakdown by area below.

*Prices are rounded up to the nearest cent.

Extracted in full form: Where to get petrol cheap in FNQ | Herald Sun