Don’t miss out on the headlines from Gladstone. Followed categories will be added to My News.Follow

A new hydrogen-powered ferry is set to transport workers between Gladstone and Curtis Island, with the state government keen on transforming the Port City into a hydrogen capital.

Gladstone could be home to one of Australia’s first hydro-powered passenger ferries following a $5m investment from the Palaszczuk Government, it follows a raft of renewable energy projects flagged for the region.

SeaLink Marine and Tourism, located at the Gladstone Marina, will now go about designing and constructing a passenger ferry powered by hydrogen fuel cells which will shuttle workers to and from LNG facilities on Curtis Island. 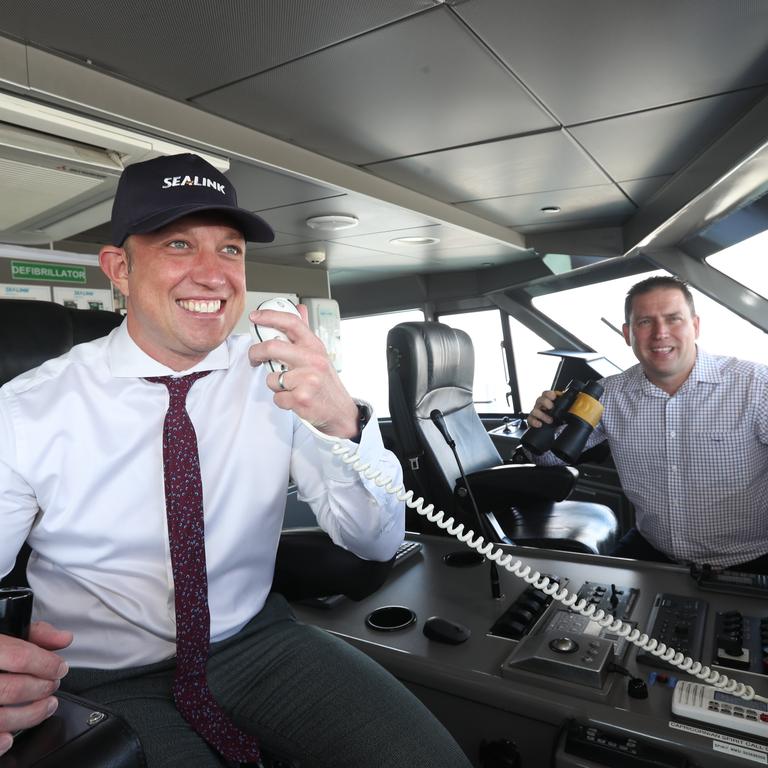 Deputy Premier Steven Miles was in Gladstone last week to announce the $5m funding for SeaLink which will be sourced from the state government’s $35 million Hydrogen Industry Development Fund (HIDF).

Mr Miles said the Palaszczuk Government is planning to avoid a ‘boom and bust’ cycle with the emergence of hydrogen projects by planning and partnering with local and global companies.

“I’m here all the time talking about our vision for the region, and it’s a really optimistic one, the best way to secure our existing jobs is to be on the front foot and be proactive in working with them (local industries) to reduce their existing carbon footprint,” Mr Miles said.

“Our message to them (global companies) is that Gladstone is the place for them to come … the key to avoiding the boom and bust cycle is getting long-term permanent jobs.” 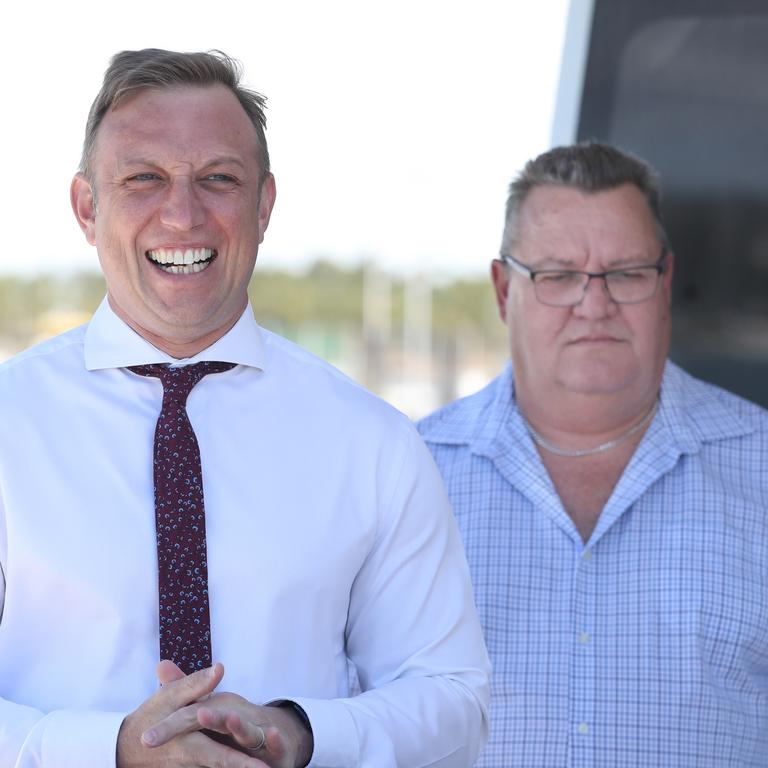 Mr Miles said the ferry would be built in Queensland, powered by hydrogen produced in Gladstone and “hopefully” produced using electrolysers developed at the Fortescue Future Industries manufacturing plant currently under construction.

He said the combination of local emerging industries was evidence of the state government’s vision for the future economy coming together.

Since construction of the LNG plants began on Curtis Island, SeaLink has ferried an estimated 10 million passengers across the harbour. 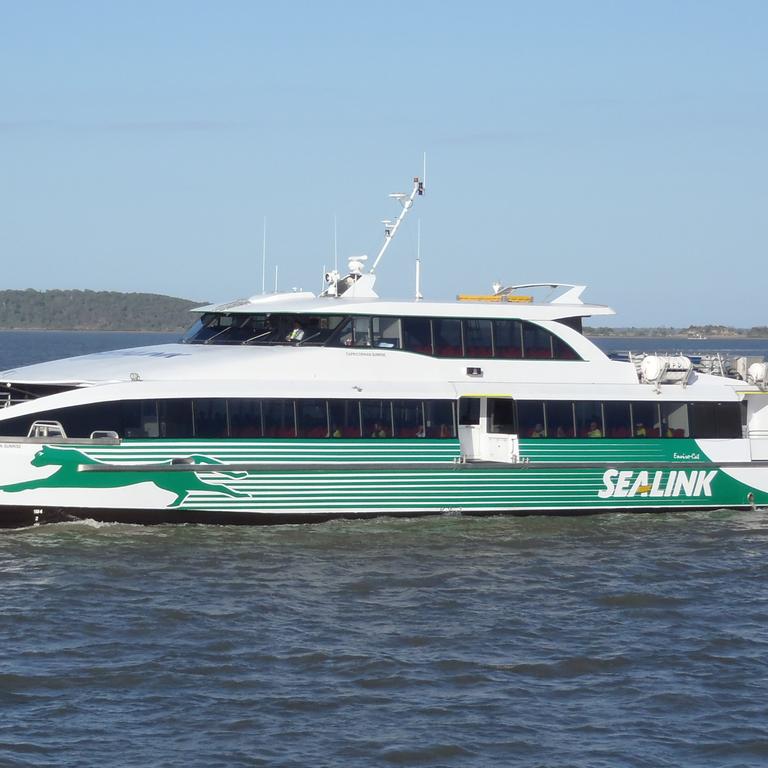 Vessels such as the MV Capricornian Sunrise, which is now used to transport passengers between Manly and Barangaroo, have transported thousands of workers from Gladstone to Curtis Island. Picture: Supplied

SeaLink Gladstone general manager, Robert Mitchell said the journey to design the new vessel began almost two years ago and was expected to carry 200 passengers at a speed of 21 knots.

“We are very excited, we will get to build this vessel and have it operating within the Gladstone Harbour,” Mr Mitchell said.

“It will be fully powered on hydrogen, powered by electrolysers on board which will convert the resource to electricity,” he said. 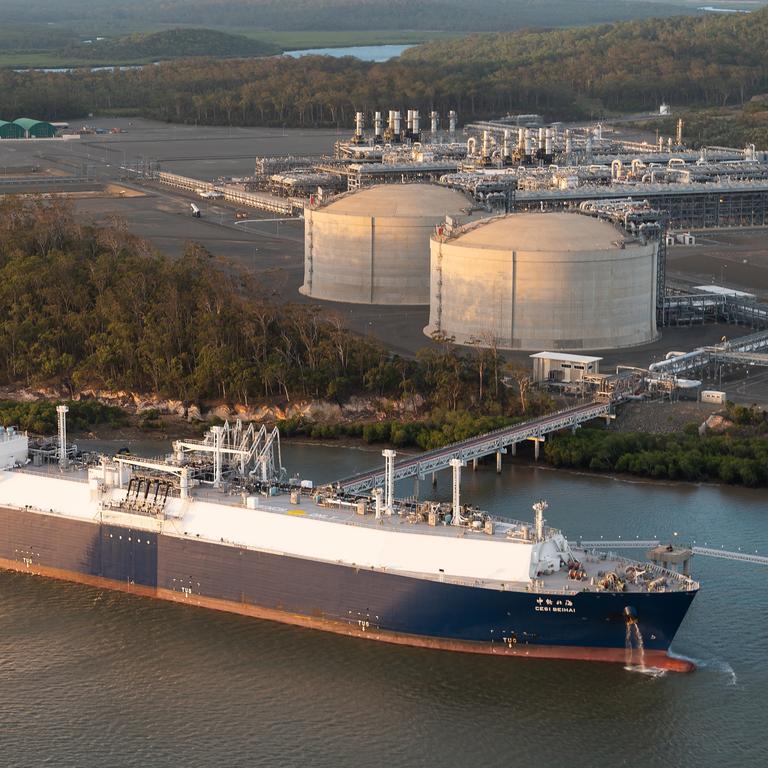 APLNG (ConocoPhillips) operations on Curtis Island rely on the transportation of workers from the Gladstone Marina everyday. Picture: Supplied