AUSTRALIA is too energy dependent on outside sources and must urgently embrace home-grown solutions to ensure energy security while supplying the critically needed transport industry with a clean fuel that benefits community health and reduces global warming.

He told GoAutoNews Premium that it was critical that the country build its hydrogen production and distribution network as soon as possible, and put this ahead of calls by some politicians to promptly sell the hydrogen overseas.

“There is a focus on what we can export – it should be on energy security and how we use our energy to benefit our country,” he said. 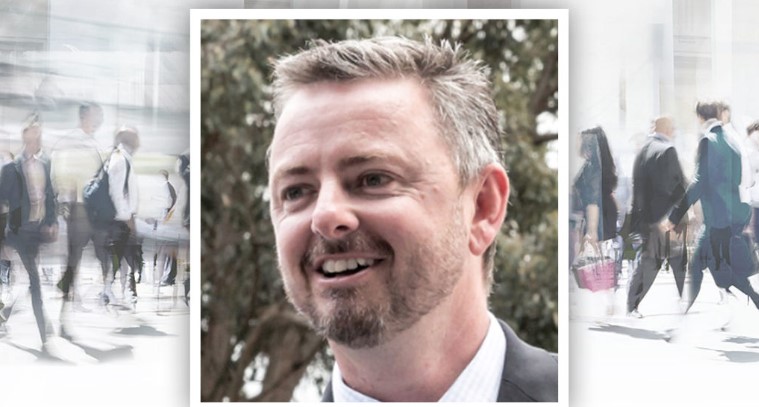 “There are plenty of places in Australia, Perth for example, where there’s an abundance of sunlight and abundant land and wind.

“Why don’t we make a lot of hydrogen here and fortify our own network security? Then, once we have understood what we need for our future networks, then we can consider the export opportunities.”

He said Australia was growing its hydrogen network backed by all the talk between all the states and the federal government and “we’ve got bipartisan support for hydrogen.”

“But we don’t seem to have consistency across the state,” he said.

“Everyone’s doing their own thing. So we have a competition between the states trying to out-announce each other with new projects and more money. It’s the same with EV infrastructure.

“Hopefully the ‘hydrogen highway’ – also called ‘Hume hydrogen’ – which is the NSW, Queensland and Victorian governments working together, will create a network of infrastructure to cover truck routes and have normal truck-stop conditions.”

Mr Nargar said one of the biggest discussion points is to build hydrogen infrastructure with redundancy with everything on site.

“So if something breaks down, that fleet of cars and trucks or buses or garbage trucks continues to operate,” he said.

“Everything that goes in now needs to be scalable. We’re in the infancy of this technology. As infrastructures are scalable, we know that in the future we can increase hydrogen capacity without having to build another, expensive, greenfield site nearby.”

In the face of a federal election, Mr Nargar said on the debate on EVs and hydrogen vehicles, “it doesn’t matter who wins.”

“We will work with any government that’s formed. We’re pretty happy with the approach from both of them (major parties). When talking about hydrogen, it’s a bipartisan approach,” he said.

“But we do want to see consistency across state and federal levels.”

He likened the roll-out of EV and hydrogen infrastructure and administration to the disparate rail gauges across the country last century.

“It is vital we have this consistency. It will, for example, give interstate long-haul road transport the ability to refuel and operate efficiently knowing the infrastructure is reliable,” he said.

“There are discussions now with the states to ensure this consistency and that the infrastructure has redundancy and is backed up in case of any disruption. It is not good enough that a truck operator arrives at a remote station, for example, and finds the hydrogen equipment doesn’t work.”

Mr Nargar said that it will be the major trucking companies that should lead the way in using hydrogen and giving input on refuelling equipment, locations, and other details.

He also pointed to one of the biggest trucking fleets in Australia – Australia Post – as being an important business to roll out hydrogen and EVs.

“The federal government could look to its own Australia Post fleet, from the local delivery fleet at the depots during the last mile deliveries through to long-haul, as moving to zero emission.

“In addition to Australia Post, there are other federal and state and local government agencies – defence, telecommunications, energy providers, and so on – able to change to zero-emission vehicles and because they are usually heavily branded, become rolling education pieces to boost public education.

“Rather than using the transition to zero-emission vehicles as an election kicking tool, show the technology and its benefits. The country is huge when it comes to the environmental impacts, the health impacts and the fuel security impacts. We should all be supporting this.”

Mr Nargar said Germany was a very good example of how proper planning and consistency across each province and region has created 94 operational hydrogen stations with another 12 under construction.

“That’s not listing bus depots and trucking depots that have their own hydrogen production facilities,” he said.

“There are about 7000 petrol stations in Australia, and while we don’t think that every station will need to be a hydrogen station in the future, those stations linking towns and cities and transport hubs should definitely be considered first.”

He said that Australia was a net exporter of coal and gas and uranium “and things that keep other countries going.”

“But when it comes to transport, looking at transport fuels, we’ve always been a very large importer of fuels.

“So we need the remaining two refineries here in Australia (Ampol in Queensland and Viva Shell in Victoria) because it’s going to take a lot longer than five or 10 years to make the transition to hydrogen.

“We need governments to commit to a planned and strategic approach when it comes to the rollout. We can’t say that every car by 2030 in Australia is zero emission because we don’t have the infrastructure to achieve that.

“Those targets set by other countries are there because they’ve been working on this for the past 10, 15 or 20 years.

“So we are starting pretty far behind. In our favour, we do have the benefit of access to the very best technology – both hydrogen refuelling of vehicles and the charging of EVs.

“Coming in late also means the equipment costs have come down a long way.”

Extracted in full from: Hydrogen push heats up (goauto.com.au)