The boss of newcomer off-road brand Ineos has confirmed the company is plans to produce a fit-for-farmers battery-powered 4WD. “What we’re also looking at, quite carefully at the moment, is a smaller version of the Grenadier… electric,” said Jim Ratcliffe in a just-released video interview.

The CEO of the Ineos Group, pictured above with a Grenadier prototype during testing in Austria last year, promised the EV would be as utilitarian as the rugged, ICE-powered vehicles due to reach Australia late this year.

The Ineos Grenadier was inspired by the previous generation (original) Land Rover Defender.

“We need to embrace the future, which is, you know, clearly in an urban environment is going to be electric,” Ratcliffe said.

“But even in a country environment, and you’re a farmer, you probably will have an electric car which you can drive around on tracks and things like that. So you want one that’s capable, but it’s electric. I think that’s our sort of vision at the moment.”

The EV will be built on a smaller, all-new platform. It will probably have a separate ladder chassis, like the Grenadier, but one purpose-designed to accommodate a battery pack and a pair of electric motors. 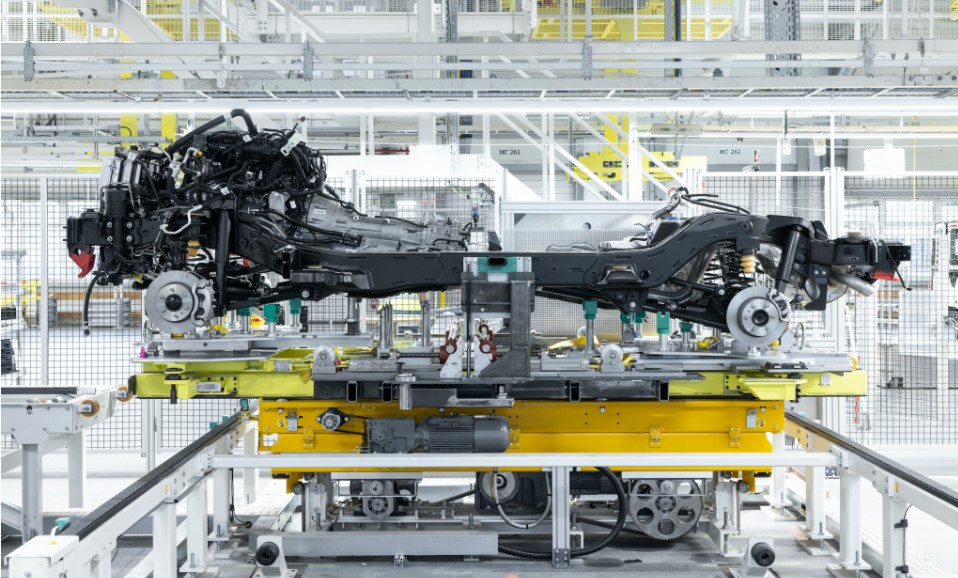 Grenadier chassis is designed for ICE, so EV’s will not look like this. It’ll also be smaller

While Ineos isn’t saying when it aims to reveal its new EV, it will be manufactured in the same factory in eastern France as the Grenadier.

Ineos bought the Hambach plant from Mercedes-Benz and spent millions to install a new production line for the Grenadier that begins ramping up to full speed in July. Coincidentally, the factory already produces an EV.

Hambach will continue to build the tiny EQ ForTwo EV for the Smart brand under contract until 2025. Since 2019 Smart has been a joint venture between Mercedes-Benz and Chinese car maker Geely, owner of Volvo and Polestar.

The factory’s location, near the German border, means it’s conveniently close to a network of established component suppliers. Ineos sources the Grenadier’s six-cylinder petrol and diesel engines from BMW and its eight-speed automatic transmission from ZF.

News of the Ineos EV doesn’t mean the company is turning its back on hydrogen fuel cells. In the interview Ratcliffe said he thought a fuel cell electric version of the Grenadier could make sense “in time”. And Ineos is developing a demonstrator prototype that will begin on- and off-road testing late this year.

Coincidentally, rival Land Rover is also testing a FCEV version of its Defender.

Ineos isn’t the only brand embracing electrification for its future off-roaders.

Already in the US Ford is selling an all-electric version of its large pickup truck called the F-150 Lightning. It’s one of more than a dozen utes and pickups planned to go electric over the next few years.

And Toyota has committed to an electrified version of its LandCruiser 300-Series by the end of the decade.