Few would consider an electric vehicle charging station a tourist attraction. Yet in an era of eye-watering petrol prices, EV popularity is soaring.

When it comes to capitalising on environmentally conscious daytrippers, one Queensland town is pulling out all stops.

Maleny, in the Sunshine Coast hinterland, now has seven privately owned electric car charging stations, including four in the main street which were installed earlier this year.

The IGA supermarket, Maple Street Co-op and property lessors Marek and Libby Malter are part of the group leading the charge.

“It was the most popular charging station in Australia because we forgot to hook it up to the payment systems — the electricity was free,” Mr Outridge said with a chuckle. 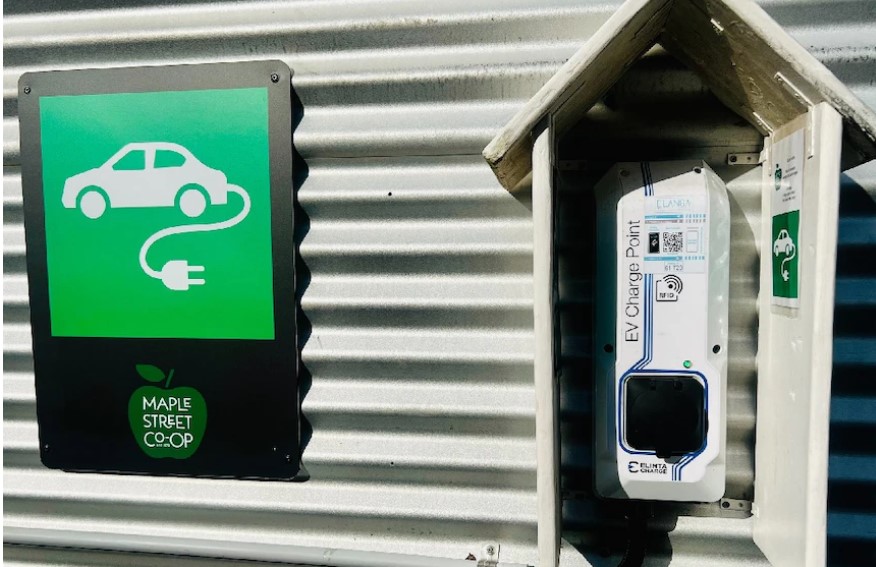 Despite the bumpy start, it proved electric car owners talk — and they’ve been talking about the town.

“They’re looking for places they can top up,” Mr Outridge said.

“And Maleny’s a really great distance from Brisbane, so they know they can drive their EVs up here, top their batteries up and they can move on to the next place.”

‘Plug in, go and have a coffee’

Graham Dempster has owned an electric car for eighteen months. 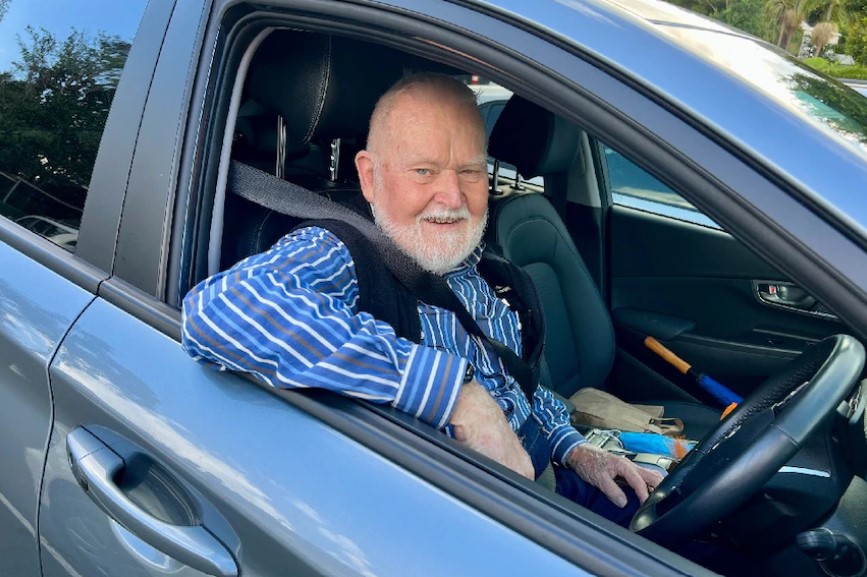 “I’m over 80 and I’ve always wondered what is it that I can do to help the environment and the nation,” Mr Dempster said.

“What can you do when you’re that old?

“And I just thought you can buy an electric car, so I did.

“It’s brilliant … once you’ve purchased it the running costs are almost zero.”

While Mr Dempster has a charger at home, he said the stations were well-utilised by visitors.

“One of the big issues has been range … people worry about the range their car will take them … having the stations in town helps overcome that concern,” he said.

Maple Street Co-op manager Peter Pamment said he was happy to collaborate with the other businesses.

“We were already a fair way down the track and in fact had almost installed one ourselves, but then this group decided if we were going to go, let’s all go together,” Mr Pamment said.

“They just pull up, hopefully there’s a space — if there’s not, there’s one round the corner and two down the IGA,” he said.

“They can pull up, plug in, go and have a coffee, wander through the shop.

“Whether they’re here for half an hour or an hour, that’s enough to top them up to make them feel a bit more secure.”

The charging points were installed by E’langa, which has about 100 sites dotted across Queensland.

“Maleny is a place which has set the targets in order to get to net zero,” Mr Wepener said.

“They have a strong feeling around it and they are setting a good example.”

“If I have to travel to Gold Coast to Maleny, which I sometimes do, when I get to Maleny I’m at 40% of the full capacity of the car.

“That will take me at one of the stations there around two and a half to three hours in order to charge it up to 100%.

“So on a 40 kilowatt battery charge it costs … six dollars.”

That is in stark contrast to record petrol prices of above two dollars a litre, seen across Queensland this year.

While electric cars cost more than petrol cars, Mr Wepener said it evened out in the long run through low maintenance and charging costs.

“Over five years you’d probably get to the same price point, if not less, than normal vehicles,” he said.