A controversial petrol station upgrade which will mean a car and dog wash and convenience store are built where homes currently stand, has been approved by the council … with conditions.

An application to upgrade a Maryborough petrol station, which will mean houses removed to make way for a car wash and convenience store, has been approved with conditions by the council.

The application for the BP at the intersection of Maryborough’s Saltwater Creek Road and Woodstock Street, went before the Fraser Coast Regional Council on Wednesday.

Deputy Mayor Paul Truscott said while the proposal was approved, conditions were put in place.

That included limiting the hours of operation from 4am to 10pm daily for the service station, 6am to 8pm Monday to Saturday for the car wash and 7am to 6pm on Sundays. 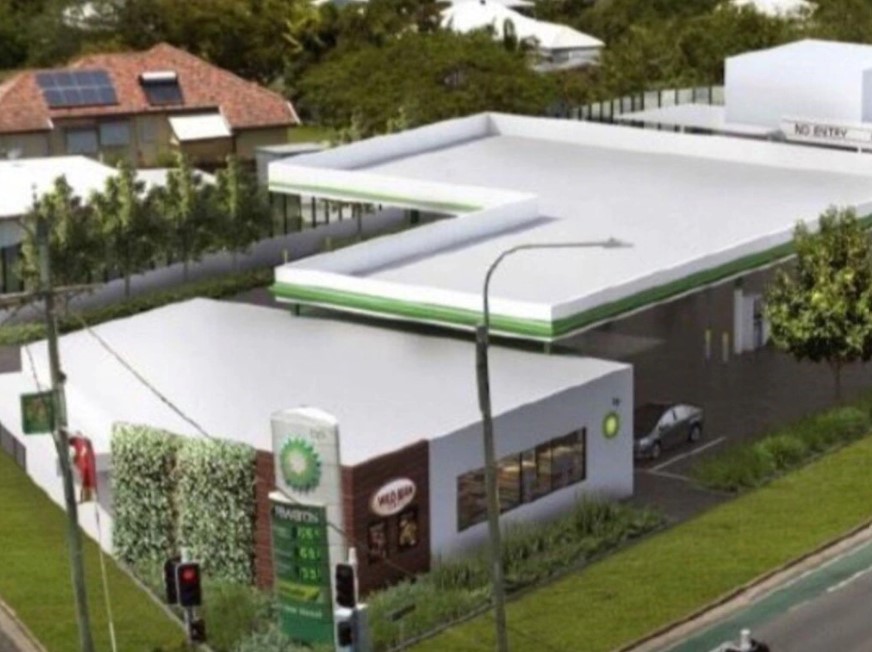 Cr Truscott told the Chronicle the council also approved the application on the condition landscaping included semi-mature trees for planting, not young trees, that the removal of homes be the preferred option over demolition and the colour scheme and character of the development be sympathetic to the surrounding neighbourhood.

He also moved an additional motion asking to explore the option of closing part of Creek Lane near the development with trees planted to minimise the light and noise from the development on nearby residents, which was approved 10-1.

The expansion of the site would mean the demolition of several houses on the block neighbouring the BP station if the development was to be approved.

The application, from Wessel Petroleum, said the proposed development was considered “the highest and best use of the site”.

“The proposal would provide a compact urban form that would optimise the efficient delivery of infrastructure and services through the provision of fuel that would be provided in a conveniently located position on an urban arterial road,” the application reads.

“The proposal would support a diversified regional economy and contribute to employment by making the core business more viable and allow for growth and expansion.”

The application was approved. Cr James Hansen did not take part in the vote due to a conflict of interest (the meeting heard he owned a property within the vicinity of the development).

Meanwhile, a petrol station being built at St Helens is well underway.

It also includes a car wash and food and drink outlet.

Extracted in full from: Maryborough petrol station development approved with conditions | The Chronicle