National petrol prices have risen by 14.1 cents per litre over the past week but the NRMA is warning motorists that fluctuations at the bowser are set to continue with “no end in sight”.

The NRMA has warned motorists there is “no end in sight” to the fluctuating petrol prices after a 14.1 cents per litre rise over the past week.

Oil and petrol prices have been affected by the war in Ukraine, the pandemic and most recently a fire at a large oil refinery in South Korea.

The South Korean fire saw petrol prices jump $10 per barrel before falling $7 the next day with NRMA spokesperson Peter Khoury saying it was an example of how volatile the prices could be.

“To have prices jump $10 a barrel and then drop $7 a barrel the next day gives you an idea of what we’re dealing with when trying to forecast prices,” he told Sky News Australia on Tuesday.

“So we’ve given up trying to forecast in 24 hour periods let alone weeks or months.”

Mr Khoury said as petrol production in the United States increases prices will come down in the long term but he admitted that’s “several months away”.

“In the short term certainly these volatile and chaotic prices there’s no end in sight,” he said.

The Australian Institute of Petroleum revealed on Monday national petrol prices rose 14.1 cents per litre last week in what was the third biggest price hike on record. 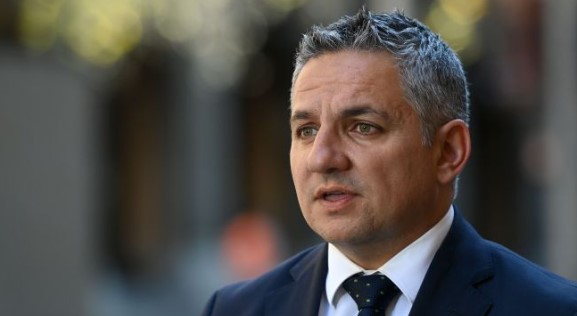 Mr Khoury said the major capital cities affected by “price cycles” would likely experience relief at the bowser while motorists in the rest of the capital cities would see prices increase before they fall.

“The main capital cities with price cycles are probably as high as they’re going to get because what we are hoping to see is that those prices will start to fall they’ll fall very slowly and no where near as much as we would like but they certainly will fall,” he said.

“The rest of the capital cities across the countries that aren’t quite at the $2 mark they will start to increase because they don’t have price cycles.”

Wholesale petrol is currently eight cents below record levels but should that rise the prices at the bowser will follow.

“If that wholesale price continues to increase and indeed breach the previous record then we would expect prices at the bowser to start to go back up to well over $2 to more like $2.15-16 which is what we got to last time when we broke the record,” Mr Khoury said.

The Coalition government attempted to soften the blow of the rising prices for motorists by halving the fuel excise tax for six months in this year’s budget.

The tax cut took 22 cents off the wholesale price but Mr Khoury said whether the oil companies pass saving on to motorists “remains to be seen”.

“At the end of the day the major factor that determines what we pay at the bowser is oil prices it’s not tax,” he said.

“So if we are going to see any meaningful and sustained relief at the bowser it’s going to have to come from oil prices falling and falling significantly.”