Premier Annastacia Palaszczuk announced on Wednesday that six more charging stations for electric vehicles would be added to the 18 already planned for western Queensland.

It means roads like the Flinders Highway west of Townsville to Mount Isa will have more chargers added, as well as being added to the government’s Electric Super Highway.

“We’ve already built an electric vehicle superhighway of 31 charging stations from Coolangatta to Port Douglas and Brisbane to Toowoomba,” the Premier said.

“Now we’re extending that out west building 24 new fast-charging stations in western Queensland as part of our commitment to reducing transport emissions and improving connectivity for electric vehicle road users.” 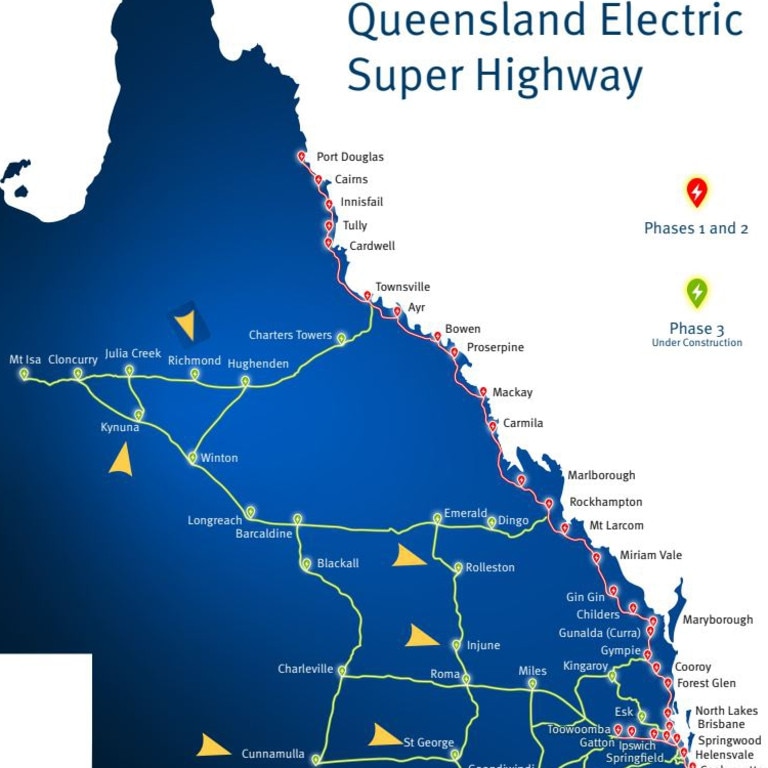 Townsville businessman and Tesla driver Sean Cochrane welcomed the initiative and urged the government to keep adding super charging stations so cars can be charged in under an hour.

“We need more chargers because there’s more EVs. I say build it and they will come. If you put EV chargers in the ground, people will buy more (electric) cars,” Mr Cochrane said.

He said it was important to site the chargers near facilities like shops and restaurants that people could use while their car charged.

Transport and Main Roads Minister Mark Bailey said the Government would work with delivery partner Yurika and councils to determine the most appropriate locations for the new sites and obtain development approvals.

“Over the past few years the number of EVs has skyrocketed from as low as 700 to nearly 9000, and I want to see this number continue to rise. There’s never been a better time to electrify your life and your transport,” Mr Bailey said.

Phase 3 works are expected to start from mid-2022 with all 24 sites expected to become progressively operational by mid-2023.