The EV transition: How electric car uptake has grown in Australia

It’s no secret that Australia lags sorely behind the world in electric vehicle uptake.

Stymied by a distinct lack of carrots and sticks to encourage carmakers and drivers to sell and buy EVs, the percentage of new cars sales in Australia that are fully electric has only just hit 2%.

That’s in stark contrast to overseas, where decades’ worth of EV policy are now seeing many drivers choosing to go electric because they have the choice they need and prices are made more palatable with rebates or tax credits.

The latest figures from Europe show that one in four new cars sold can be plugged in, and one in eight are full battery-electric cars. In Norway the case is even more impressive; with 30 year’s worth of EV incentives in place there are now nine EVs sold for every combustion engine vehicle.

And perhaps less well known is how difficult it is to track electric vehicle uptake in Australia, because of the haphazard and opaque way in which the sales and registration data of alternatively fuelled vehicles is collected and stored by various authorities.

But The Driven can now share how exactly the adoption of EVs is going in Australia, having painstakingly gathered information from a number of sources from 2011 until now.

This includes data from the National Transport Commission, the Electric Vehicle Council and the Federal Chamber of Automotive Industries’ Vfacts, as well as shipping estimates from Tesla tracker Vedaprime and – finally – sales data from Tesla itself, which have all now been collated to inform us of the last decade of EV adoption in Australia.

There may be some crossovers in data between sales versus registration data, but the upshot is that there have now been just over 40,000 electric vehicles sold in Australia.

What we see immediately is that EVs are now well and truly taking off, as Australia enters the “early majority” part of the adoption curve. 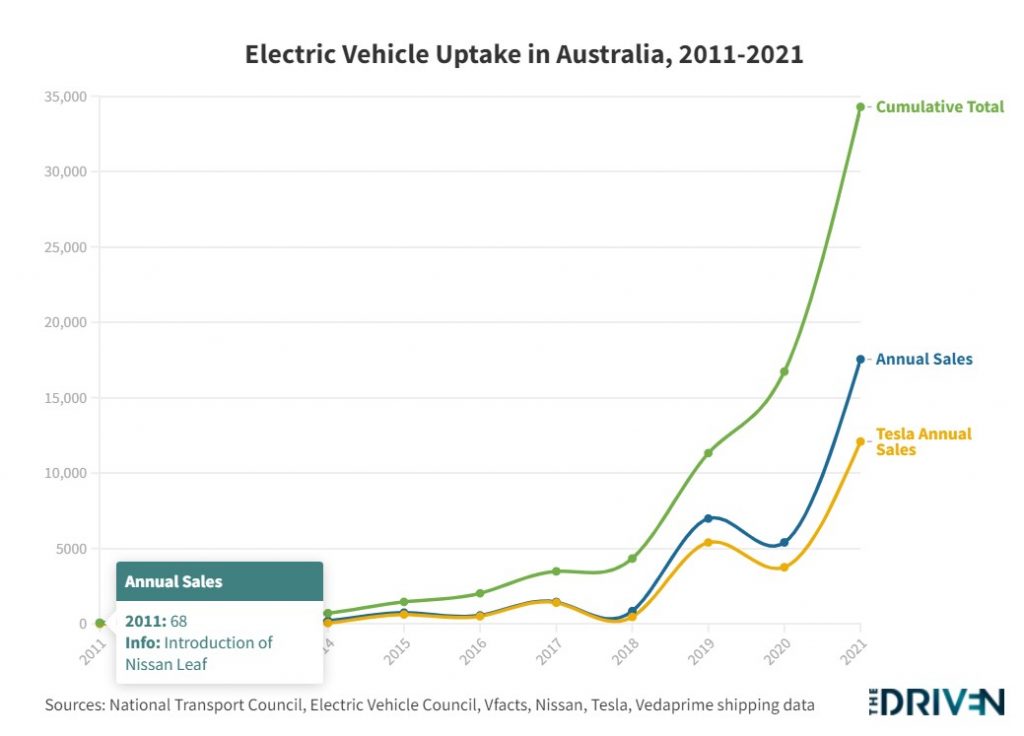 While the graph above takes in the last complete decade, the chart below shows a model-by-model timeline of new EV sales in Australia. There are also several hundred “grey imports” brought into Australia including nearly 400 late-generation Nissan Leafs by the Good Car Co alone (not included in the data below).

It is no surprise that the Tesla Model 3 is way out in front in terms of volume sold. Of interest is the fact that the Tesla Model S, none of which have been delivered to Australia since late 2020, remains at #2 on the leaderboard. At number three is the Nissan Leaf, followed by the Hyundai Kona EV.

t is understood there have been approximately 1,600 Mitsubishi i-Mievs sold in Australia, although how many of these are still on the road is another question. 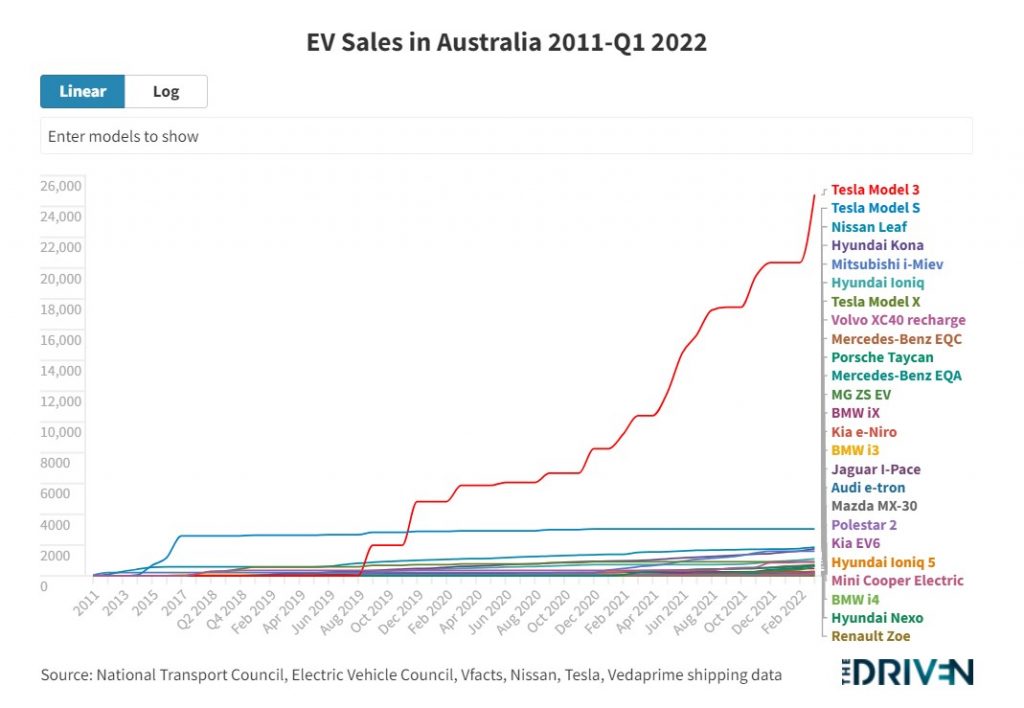 Extracted in full form: The EV transition: How electric car uptake has grown in Australia (thedriven.io)