The final barrier stopping Australians from embracing EVs is information, not infrastructure

Australia has caught up with the rest of the world and now has many of the key ingredients for widespread electric vehicle adoption – infrastructure, a variety of models, and government incentives.

Yet plug-in vehicles only accounted for 1.9 per cent of new car sales last year.

“Things like charging, efficiency, how much range you’ll actually get and where you can charge up are really misunderstood.”

Mr White authored the CarsGuide EV Report 2022 looking at the EV landscape in Australia, with a look to what the future holds.

His findings disprove many preconceptions people hold about electric cars.

The longest-range electric car sold in Australia, the Tesla Model S, has a range of 652km on a single charge.

That’s more than enough to make the 494km journey from Sydney to Thredbo, for example. 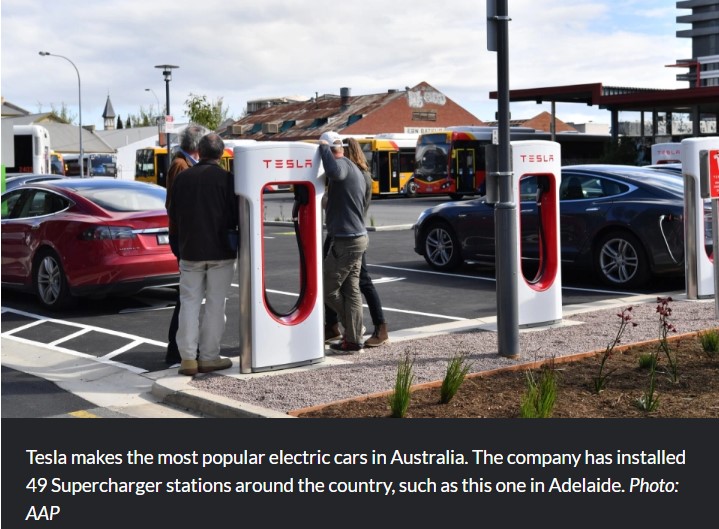 “I think people overestimate how far they might drive, especially since the research shows most Australians only actually travel about 38 kilometres a day,” Mr White said.

“When we were doing our research to compile the report, we actually found that there are 15 separate models which can travel more than 450 kilometres.”

Another major concern for Australian motorists is the dilemma of where to charge an EV.

However, Mr White said most EV drivers simply charge their cars overnight at home like they do their phones.

Additionally, public chargers are more widespread than many people realise. 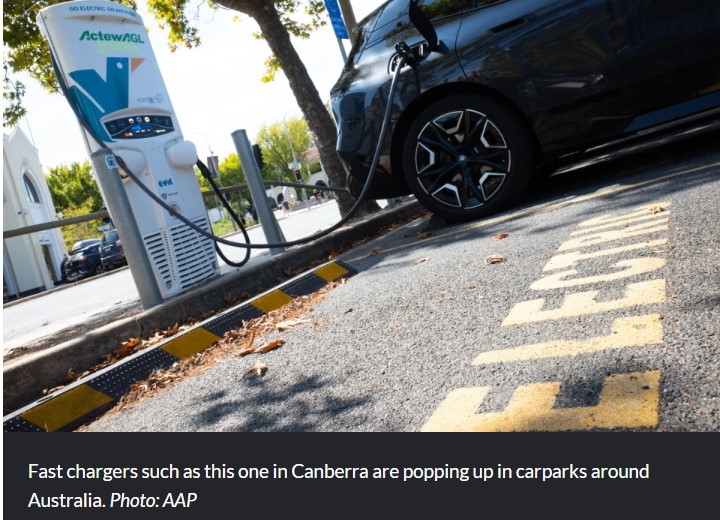 There are more than 600 public charging stations in NSW, and more than 400 in Victoria.

Queensland is home to the Electric Vehicle Superhighway of fast chargers stretching from Coolangatta to Port Douglas, north of Cairns.

The state government touts it as the world’s largest EV infrastructure project of its kind within a single state.

For models such as the Hyundai Ioniq 5 and Kia EV6, a fast charger can top up its battery to near-full in just 18 minutes.

In 2010, Australia became one of the first countries to receive the new wave of electric cars when the Mitsubishi i MiEV went on sale to fleet customers, with sales to the general public beginning in the following year.

In 2012, the Nissan Leaf went on sale in Australia after breaking sales records around the world.

Both vehicles were priced much higher than their petrol competitors and sold in small numbers.

Australia just didn’t have the generous incentives that other countries had.

At that time in California, for comparison, the same cars were eligible for combined state and federal tax credits to the tune of US$10,000 ($13,800).

Now Australia is catching up and many states have rolled out incentives to lower the cost of buying an EV.

As part of his report, Mr White looked at which state would be the cheapest to buy a new, $50,000 electric car in.

“We found that right now, that state was New South Wales, because not only do they offer a $3000 rebate, but there’s also a stamp duty exemption,” Mr White said. 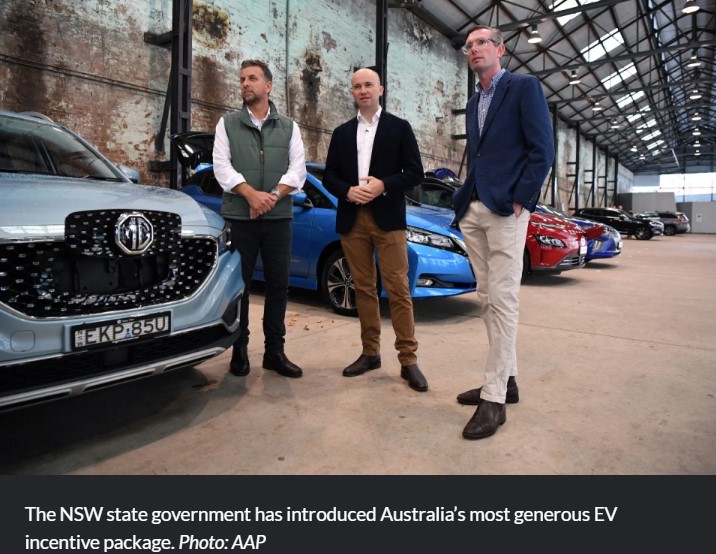 Victoria also has a $3000 incentive, however, EV owners are still also subject to the road user charge to make up for lost revenue from the Commonwealth fuel excise.

However, the fuel excise also applies to plug-in hybrids, which still use petrol once the battery runs out.

“So you’re getting taxed twice on a plug-in hybrid in Victoria,” Mr White said.

Western Australia, South Australia and the ACT don’t have any incentives at the moment.

A survey conducted by the Electric Vehicle Council last year found 87 per cent of respondents were put off buying an electric car due to the price premium.

That’s why government incentives are such a hot topic.

“For one of the most affordable EVs on the market right now, the MG ZS EV, the difference between the electric version and the combustion engine version is $19,000.

“So especially at that entry level of the market, it is quite a tall order for a lot of prospective buyers.”

The spice of life

A lack of choice formerly prevented many prospective buyers from buying an electric car.

Nowadays, there are 25 pure EVs and 23 plug-in hybrids on the market in Australia.

esla is the name on everyone’s lips, with three models currently available in Australia.

The start-up founded by Elon Musk does not release Australian sales data like other manufacturers do, but registrations give an indication of just how popular the Californian EVs are.

The other options on the market range from the likes of Hyundai and Kia, all the way to Jaguar, Mercedes-Benz and Porsche.

However, the variety on offer is still slimmer than in the US, Europe and Asia.

“Global carmakers are far more interested in selling cars in Europe or the US or even New Zealand, where fuel efficiency standards are established and governments offer unambiguous support to the transition,” said Behyad Jafari, chief executive of the Electric Vehicle Council.

He added: “The Morrison government seems to have confused its own myopic views about EVs with those of average Australians and has completely misjudged how demand would grow.”

Mr White believes more Australians will embrace EVs in the near future, “as soon as people start seeing charging bays and car parks filling up with Tesla Model 3s.”

One thing Australia could learn from overseas, he added, was for government agencies to include more electric cars in their fleets.

That way, they would eventually find their way into the used car market which, for electric cars, is still in its infancy in Australia. 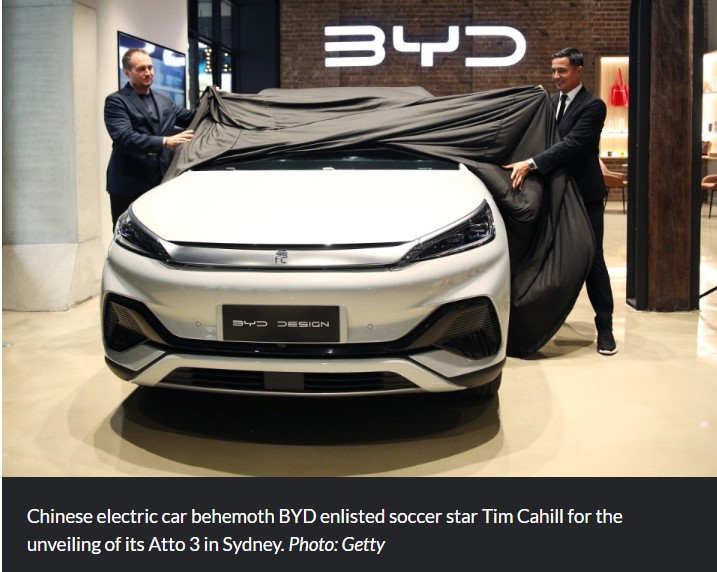 There’s also an avalanche of new models on the horizon.

At least 13 new pure electric cars are due to launch locally in the next 12 months, including the Tesla Model Y, the BMW i4 and the Volkswagen ID.3.

Chinese companies that sell tens of thousands of EVs in their home country and already export to other continents also have their sights set on Australia.

Warren Buffet-backed carmaker BYD plans on releasing a mid-sized hatch later this year at under $45,000, before state incentives.

“The BYD Atto 3 looks like it’s going to go into battle against the MG ZS EV for the title of the cheapest EV in Australia,” Mr White said.

“That kind of competition is exciting because it means that it’s certainly going to appeal to more buyers.”

Extracted in full from: The final barrier stopping Australians from embracing EVs is information (thenewdaily.com.au)