There’s a new call in Australia to ban petrol car sales. How do we compare to the rest of the world?

Many countries have committed to crack down on new fossil fuel-powered vehicle sales, and there are fresh calls in Australia for similar action.

Earlier this week, Victoria’s Environment and Planning Committee report on the state’s renewable energy transition was unveiled. It said the Victorian government should commit to an end date for new sales of petrol, diesel and gas-fuelled vehicles.

It calls on the state government to adopt a cut-off date for sales of new internal combustion engine vehicles, coupled with an education campaign about electric models.

The National Roads and Motorists’ Association (NRMA) previously said Australia is lagging behind the world on phasing out fossil fuel-powered vehicles.

“If anything, our targets here need to be a bit more aggressive than what we’re seeing in other markets,” NRMA CEO Rohan Lund told Four Corners in 2019.

“I would expect to start seeing targets that are between 2025, 2030 for banning [the sale of new] petrol-driven cars in this country.”

Throughout the 2022 federal election campaign, Labor often spoke of its determination

as it attempted to position itself as a party that took climate science more seriously than the Scott Morrison-led Coalition.

. However, their short-term targets differed.

While slightly lower than its 2019 federal election commitment, Labor

took an emissions reduction target of 43 per cent by 2030

, although the government forecast it was on track to cut emissions by 30 to 35 per cent.

Labor says its 2030 target will keep Australia “on track for net zero [emissions] by 2050″. Among the many ways it plans to achieve this is by incentivising the sale of electric vehicles by removing taxes that would make them between $2,000 and $12,000 cheaper.

But one debate that didn’t emerge on

was whether to set an end date for the sale of new fossil fuel vehicles, despite them

accounting for 10 per cent of Australia’s greenhouse gas emissions.
So, what exactly are other countries doing?

The United Kingdom will ban the sale of new petrol and diesel cars and vans from 2030 as part of its plan to reach net zero emissions by 2050.

The sale of new hybrid vehicles will be banned from 2035.

The government has also pledged that all new heavy goods vehicles sold in the UK will be zero-emission by 2040.

All new vehicles must be run on cleaner energy – electric, hybrid, or hydrogen fuel cell-powered – by 2030, and all vehicles using internal combustion engines -typically powered by fossil fuels – will be phased out by 2040. 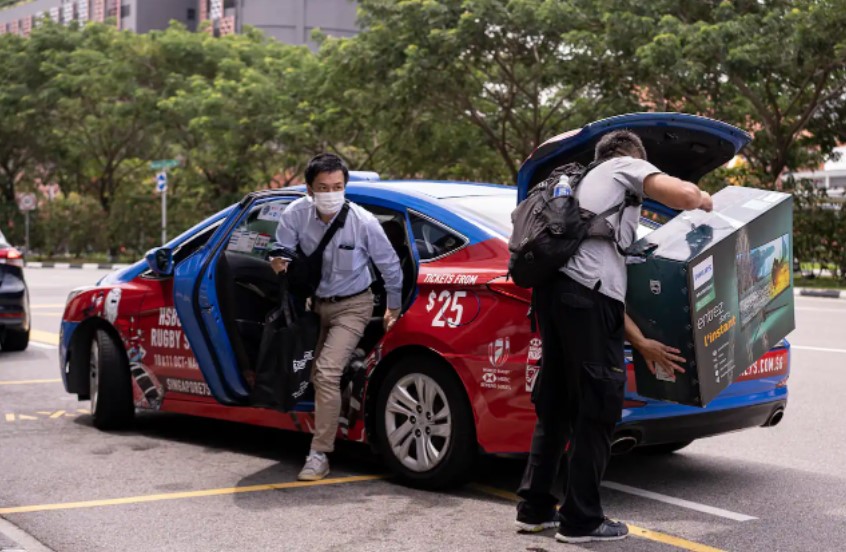 All new light-duty cars and passenger trucks must be zero-emission by 2035.

By 2030, Canada wants 35 per cent of all medium- and heavy-duty vehicles sold to be zero emissions, and the government will regulate to reach 100 per cent by 2040 — although exemptions based on feasibility may be granted.

From 2035 onwards, all new small- and medium-sized vehicles, buses, and taxis sold in Chile must be zero-emission.

This will include freight transport vehicles and intercity buses by 2045.

From Azerbaijan to Uruguay and New Zealand

Thirty-nine governments, including that of New Zealand, are signatories to a

, which was launched at last year’s COP26 climate summit.

Although the declaration is not legally binding, they have pledged that they will work towards ensuring all new cars and vans sold are emission-free by 2040 or earlier.

Just two per cent of New Zealand’s cars are low or zero-emission vehicles, and the government wants to hit 30 per cent by 2035 – when new dirty vehicles will be banned.

Politicians on the European Parliament’s environment committee in mid-May backed an EU plan to effectively ban new petrol and diesel car sales from 2035.

The committee supported the proposal for a 100 per cent cut in CO2 emissions by 2035, which would make it impossible to sell new fossil fuel-powered vehicles in the 27-country bloc.

The whole European Parliament will vote on the car CO2 proposals in the coming months, after which politicians and EU countries must negotiate the final rules.
Extracted in full from: There’s a new call in Australia to ban petrol car sales. How do we compare to the rest of the world? (sbs.com.au)petrol