The highest inflation in two decades – amid $2 a litre petrol prices and $12 iceberg lettuces – is far from the only challenge for everyday shoppers.

A key coal-fired power station is expected to falter for several more months, with coal prices now at an all-time high, despite a political focus on green energy.

The Australian Bureau of Statistics inflation data showed a massive 13.7 per cent increase in transport costs, with petrol prices rising at the fastest pace since 1990 when Iraq invaded Kuwait.

Fruit and vegetable prices rose by 6.7 per cent in the year to March as floods along the east coast of Australia hampered the supply of fresh food. 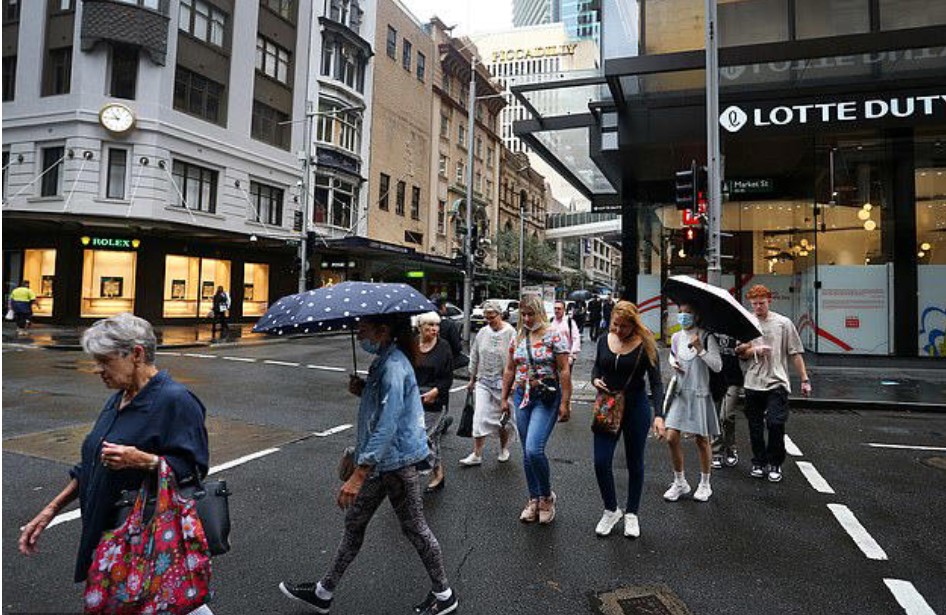 Even after those official figures were compiled, a lettuce at a Brisbane supermarket was priced at $11.99.

Meat and seafood prices have already risen by 6.2 per cent.

The Australian Council of Trade Unions wants minimum wage workers to get a 5.5 per cent pay rise on July 1.

In a revised submission to Fair Work Australia, unions argued a pay rise beyond the 5.1 per cent headline inflation rate was justified.

But the Australian Industry Group is pushing for a smaller 2.5 per cent increase, arguing manufacturers were now dealing with a ’50-fold spike’ in wholesale gas prices in Victoria.

‘Apocalyptic rises in energy prices threaten chaos for industry and pain for households,’ he said.

The average, daily weighted price of gas in Victoria in the March quarter stood at $9.48 per gigajoule, almost triple the level of a decade ago, Australian Energy Regulator data showed.

But on Monday, the Australian Energy Market Operator imposed a temporary price limit in Victoria of $40 a gigajoule after spot prices were set to soar to an incredible $382 a gigajoule.

AGL’s Loy Yang A coal-fired power plant in the La Trobe Valley has been crippled since April, with a quarter of the generator out of action.

The AGL coal plant is set to be crippled until August, putting more pressure on manufacturers relying on gas.

Mr Willox said Russia’s invasion of Ukraine, which has already pushed up global crude oil prices, would put more pressure on natural gas and coal prices as Europe tried to wean itself off Russian gas.

The spot price of coal has now risen above $US400 a tonne for the first time ever.

‘Beyond these acute pressures lies the pull of international coal and gas prices, which are unprecedentedly high in the wake of the invasion of Ukraine,’ Mr Willox said.

‘With Europe announcing further steps today to wean itself from Russian energy, we can expect international factors to sustain high energy price pressures for years to come – especially in natural gas.’

During the past year alone, wholesale electricity prices have more than doubled, rising by 141 per cent to $87 in the year to March, data from the Australian Energy Market Operator showed.

Wholesale prices make up about a 30 per cent of an electricity bill which means consumers are set to see increases from July 1.

In Sydney, average unleaded petrol prices are this week back above $2 a litre.

This is despite a six-month halving of the fuel excise to 22.1 cents a litre in the March 29 budget.

Treasurer Jim Chalmers has told Daily Mail Australia, via his advisers, the temporary cut to the excise would be unlikely to be extended when it expired in September.

Truck drivers are angry because the fuel excise cut meant diesel bills were only reduced by 4.3 cents a litre.

Borrowers are also in for more pain with Westpac expecting the Reserve Bank of  Australia to raise interest rates seven more times in the coming year.

A borrower paying off a $600,000 mortgage would suffer a $713 increase in their monthly repayments, compared with May 2022 before the rate rise. 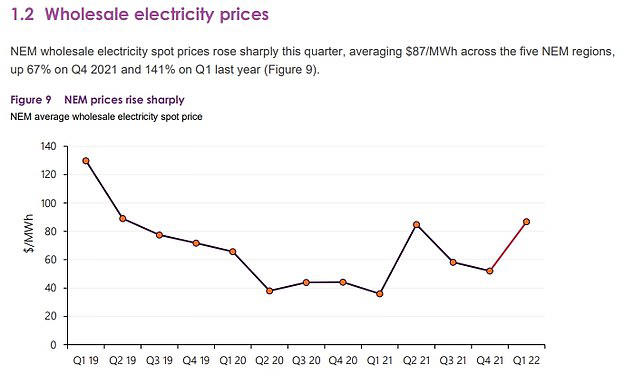 © Provided by Daily MailDuring the past year alone, wholesale electricity prices have more than doubled, rising by 141 per cent to $87 in the year to March, data from the Australian Energy Market Operator showed

Rates in early May were raised by a quarter of a percentage point to 0.35 per cent.

The RBA raised rates during an election campaign after official data showed the consumer price index surging by 5.1 per cent in the year to March – the fastest pace since mid-2001 after the GST was introduced.

But some items surged at an even faster pace than inflation.

Extracted in full from: Why Australia’s supply chain crisis is set to get worse as wages fall behind inflation (msn.com)