You Might Not Be Planning to Buy an EV, But Automakers Are Betting Billions You Will

Hyundai just announced a new Georgia facility that will build 300,000 electric vehicles per year. How sure are automakers that people will want and be able to afford all the planned EVs? For the past decade or so, the auto industry has slowly but surely been preparing for an all-electric future. As the scope of electric vehicle production continues to grow, we can see that this is an expensive trip we’re about to take.

From the six gigafactories across Europe that Volkswagen announced last year to Ford’s plans to build two huge battery plants in Tennessee and Kentucky with partner SK Innovation for a total investment of over $11 billion, the plans are real. Electric vehicles are undoubtedly coming, so get ready. A number of recent EV production announcements show the EV transition shifting into higher gear. Volkswagen took its next steps in its European EV production plan with a pair of announcements.First, the company will spend a billion euros (just under $1.1 billion) to build the all-electric ID.4 at its plant in Emden, Germany. Second, VW and Seat will “mobilize” 10 billion euros ($10.6 billion) to upgrade production facilities throughout Spain. The money represents “the single largest industrial investment in Spain’s history,” VW said in its announcement. 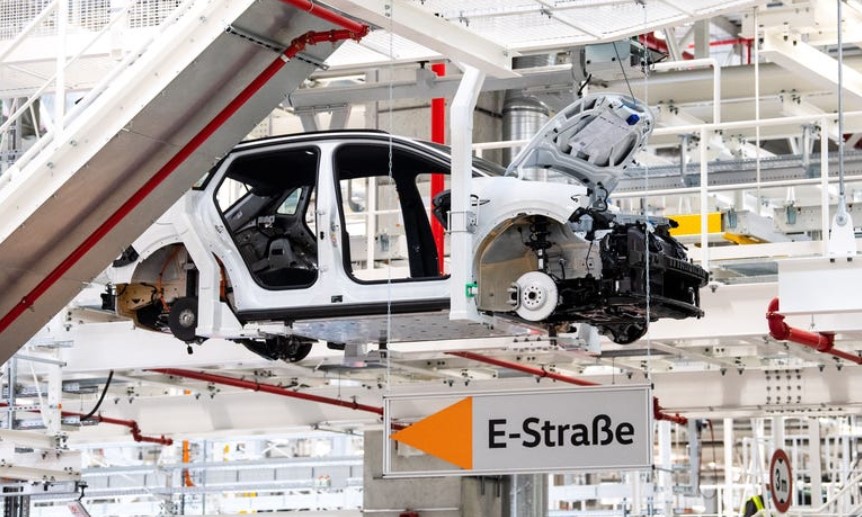 The EV transition is happening all around the world. To coincide with President Biden’s trip to South Korea this past week, Hyundai announced that it will build its first dedicated electric vehicle and battery manufacturing facility in the U.S. in Bryan County, Georgia.

The new facilities will require Hyundai to spend around $5.5 billion and, while more details will be released later, Hyundai said it will be able to build 300,000 EVs at the new plant when it’s fully up and running. Hyundai will break ground on the plant in early 2023, with commercial production starting in the first half of 2025.

The same shift is happening in some oil-friendly countries. Lucid Motors announced more details about its upcoming EV production facility in Saudi Arabia this week, for example. The new plant, located in King Abdullah Economic City, is supposed to start producing EVs by the middle of this decade. Lucid said the new plant will be able to produce 150,000 vehicles per year, and the Saudi government said it will offer Lucid financing and incentives worth up to $3.4 billion, in aggregate, over the next 15 years. Lucid’s main manufacturing site, where production of the Air EV sedan started last September, is in Arizona.

Which brings us back to potential EV buyers, and how these massive investments might affect the new cars you—and, well, most of us—will be shopping for in the coming years. In addition to investing in all of these new plants, there are the associated costs of procuring raw materials and handling a still-out-of-whack supply chain (as well as inflation). And we’re already seeing automakers raise prices on some EVs today. CNBC reported this week that some car companies, including Rivian and Tesla, are raising prices on their EVs around 20 percent to deal with a rise in costs over the past few months. Lucid has raised prices just over 10 percent. CNBC noted that Cadillac increased the price of its all-electric Lyriq crossover by around 5 percent ahead of its arrival on sale this summer. The question will be, at what point will EVs be produced in high enough quantities that they start to become more affordable? We should find out in the next few years.

Extracted in full form: Automakers Are Betting Billions You Will Buy an Electric Car (caranddriver.com)