According to a survey conducted by the South Australian Road Transport Association (SARTA), 57 per cent of businesses could be faced with bankruptcy due to the changes made by the Coalition to the diesel fuel tax credit.

The issue lies in the 22.1 cents per litre cut to the 44.2 cent fuel excise implemented by former treasurer Josh Frydenberg during the 2022 federal budget in April. While the move saved motorists around 22 cents when filling up, the savings that were previously on offer for truck drivers were cut short.

Previously, freight companies would receive 17.8 cents back per litre, however this was cut to 4.3 cents per litre from March 30.

The move has been lashed by SARTA chief executive Steve Shearer. He says that if the diminished tax credit runs for the entire six months proposed (it is due to run out on September 28), the industry could face unfathomable consequences.

He told the Adelaide Advertiser that the trucking industry had essentially been forced to fund the consumer fuel excise cut, however it wasn’t sustainable.

“Truck operators claim the tax credit each quarter, ranging from $2000 to over $150,000, and no business can sustain the loss of such a significant portion of their funds,” he said. 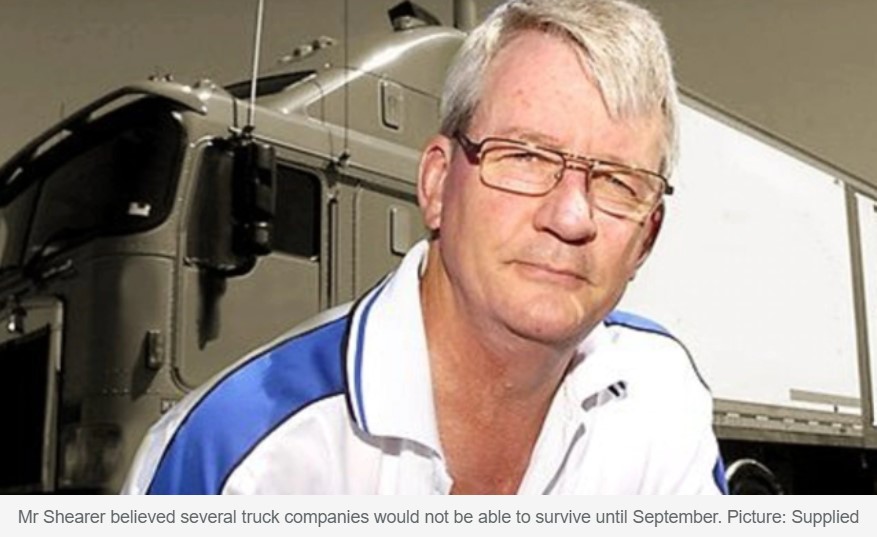 The extra expense could also result in the “imminent collapse” of supply chains for food and products, Mr Shearer warned, however changes to the tax credit could help salvage struggling businesses.

“Ninety-two per cent of SA companies that feared bankruptcy said they could survive if the new Labor government fixed the Coalition’s blunder and restore the tax credit from July 1,’’ he said.

In a letter to Scott Morrison, Mr Smith said a reduction of trucks on roads would lead to supply chain issues which could add “$20 per week to the average household’s food bill”.

“The fuel tax credit is a significant component of trucking’s established business model,” he wrote.

“The food supply chain can only keep shop shelves stocked if operators can offset the loss of the tax credit.

“This will negate the cost of living relief which the Government sought to provide.”

Mr Smith also warned that a number of operators would “inevitably collapse in the coming months” unless changes are made.

Currently the new Labor government has made no comment on whether any changes will be made to the fuel tax credit or whether it will continue the fuel excise cut past September.