A man took a methamphetamine-fuelled joy ride on the wrong side of the road and climbed on a service station roof before he was arrested this morning, police say.

At about midnight on Sunday, police received calls from the public reporting a white Toyota Hiace driving erratically on the wrong side of the road with its lights off on South Rd at Edwardstown.

Police spotted the van on Winifred Ave, South Plympton, and followed it. 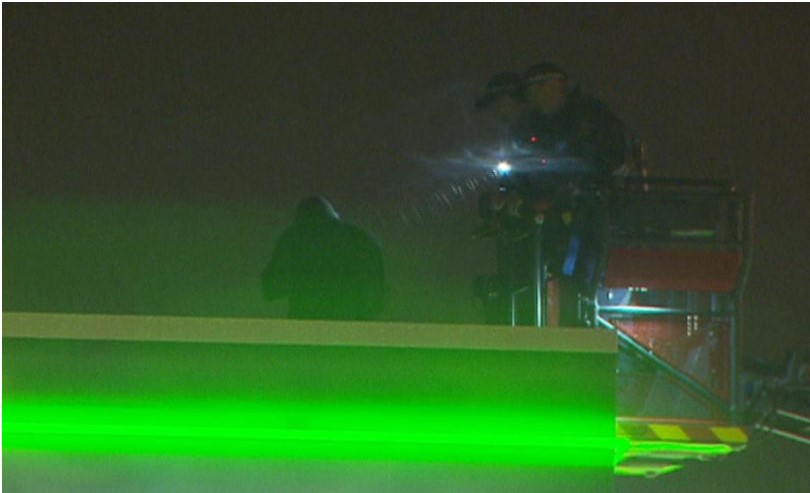 A man allegedly under the influence of meth has been arrested after police pulled him down from a service station roof. Picture: 7NEWS 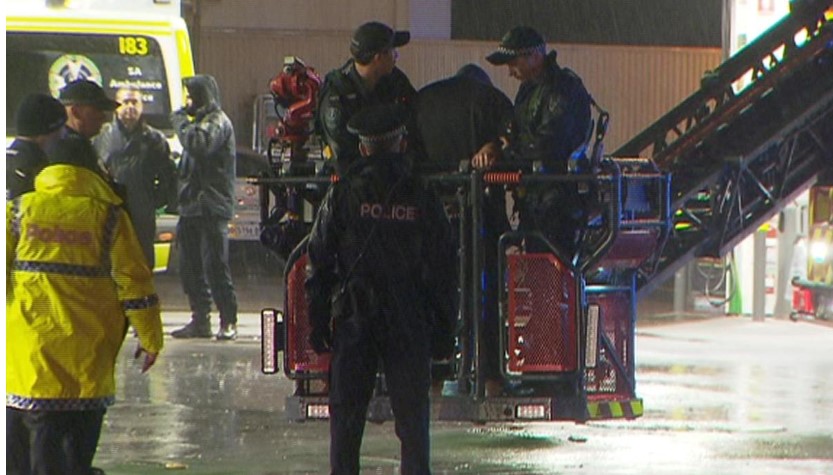 About 15 minutes later, police say they found it dumped at a service station on the corner of Cross and Goodwood roads at Clarence Park, before the driver ran from the vehicle and climbed onto the roof of the service station.

After cordoning off the premises, patrols called police negotiators to assist and MFS brought in a cherry picker.

The man surrendered without incident and was arrested.

The Toyota was allegedly found to be stolen from a CBD address overnight on June 3.

A 32-year-old man from Semaphore Park was charged with theft of a motor vehicle, driving in a dangerous manner, driving unlicensed and hindering police.

He was drug tested and allegedly returned a positive result to methamphetamine.

He will be charged with drug driving pending the analysis of the sample.

He did not apply for bail and will appear in the Adelaide Magistrates court on June 6.