freight company manager is at his breaking point after being forced to spend an extra $25,000 per month on petrol then he was at the start of the year amid rising fuel costs.

The Western Sydney-based truck driver is now fearing he’ll have to shut down his business altogether as he battles to keep up with the cost of fuel and tolls.

‘When is this sustainable and when isn’t it … and it’s at the point where it’s not,’ Mr Wernhard told 2GB Radio. ‘It’s not easy by any means.

‘Drivers are struggling just as much and I can’t afford to give them an increase in wage because everything I have is an extra cost in fuel, tolls, tyres, maintenance.

‘You either service your truck or you pay your bills. Which way do you go?

‘When do you say enough is enough and call it quits?’.

The embattled businessman said his company also pays $1,000 per week on tolls and has encouraged his drivers to take alternative routes.

The soaring prices, with fuel now costing more than $2 per litre, have also meant he can’t afford to give his staff an increase in wages.

He also said he has had to pass the rising costs onto his customers, which include some large retailers – who in turn would need to bump up their prices for shoppers.

Mr Wernhard has also had to factor in the skyrocketing tyre costs, with this entire fleet using about 120 tyres, ‘and each of them need replacing at some time’.

The business’ woes come amid truck drivers’ dire warning that the nation’s supply chain will collapse, with fears trucks will be forced off the road.

Former prime minister Scott Morrison made the decision to halve Australia’s fuel excise tax back in March after Russia’s invasion of Ukraine forced petrol prices through the roof.

While the tax cut was good for Aussies filling up at the pump, it’s been ‘disastrous’ for truck companies, who were forced to shoulder most of the cost and saw their petrol discount taken away.

Truck drivers only see a 4.3 cent cut per litre in their diesel bills compared to the 22.1 cent cut enjoyed by the rest of the population.

More than half of South Australia’s truck companies warned they could face bankruptcy due to the tax cut, forcing trucks so heavily relied upon for the transport of food and products off the road.

In a survey conducted by the South Australian Road Transport Association, 57 per cent of the state’s truck companies said they would be bankrupted by the ‘disastrous’ policy.

‘The former Coalition government made a disastrous and ill-advised decision on the run to abolish the fuel tax credit payable to truck operators to fund 80 per cent of the fuel excise cut,’ the association’s chief executive Steve Shearer told The Advertiser.

‘What that meant was that the taxpayer funded only 4.3c a litre of the 22.1c a litre cut in fuel tax and the truck industry funded the other 17.8c a litre in a sleight-of-hand move. 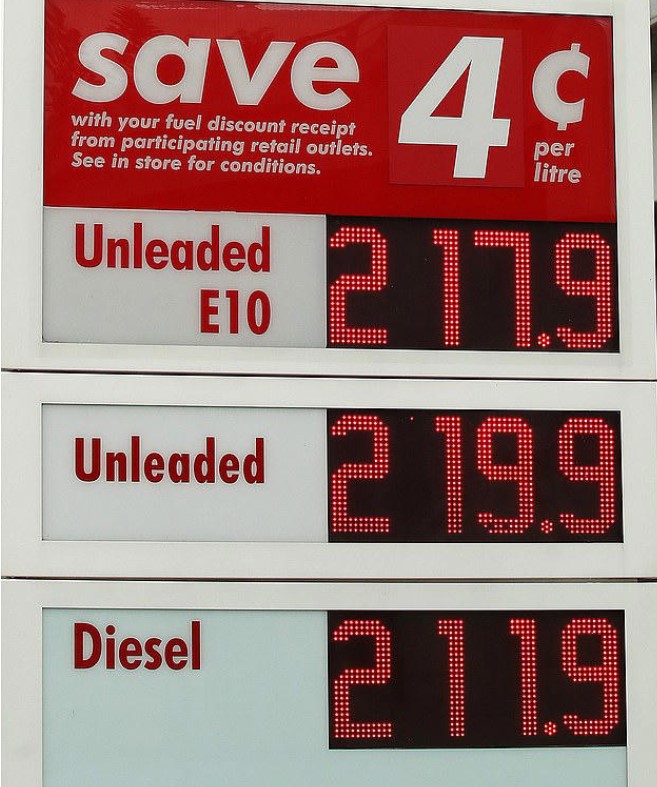 ‘Truck operators claim the tax credit each quarter, ranging from $2000 to over $150,000, and no business can sustain the loss of such a significant portion of their funds.’

Mr Shearer said the supply chain was facing ‘imminent collapse’ because of the tax cut.

Under the fuel price alleviation policy, truck companies and drivers no longer receive a rebate cheque at the end of each month – a fuel tax credit they rely on to offset monthly and quarterly tax obligations

Most truck operators do not benefit from the fuel tax as they purchase their fuel in advance from wholesalers rather than at the bowser of a petrol retailer.

The temporary fuel excise cut will run out on September 28 and Anthony Albanese’s Labor government has declared it will be ‘very difficult’ to extend it further.

Extracted in full from: Sydney truck driver spends an extra $25,000 A MONTH on petrol as fuel prices soar (msn.com)