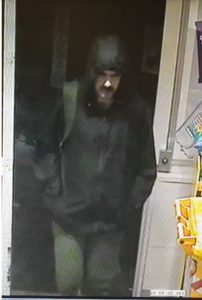 CASH and tobacco was stolen from a Tamworth petrol station on the weekend and police have released CCTV as part of a public appeal for help.

Tamworth police were called to the Coles Service Station on Bridge Street just before 9pm on Saturday after reports a man had entered and demanded goods before fleeing on foot.

Oxley police Detective Inspector Jason Darcy told the Leader there were people out there who would know who was involved.

“We need assistance from the community,” he said.

No one was injured in the ordeal.