In the push to decarbonise Australia’s economy, much has been made of the need to transition to electric cars.

But advocates say there is a much cheaper and greener EV to consider — the electric bike.

While you will likely have to go on a 12-month waiting list and come up with at least $40,000 to buy a new electric car in Australia at the moment, you could get a two-wheeled vehicle with a battery that costs less than 10 cents to charge, quite easily.

Chris Jones, president of Australian Electric Vehicle Association, says many of us have forgotten that bikes are a form of transport, and often see them as simply for fitness and recreation. 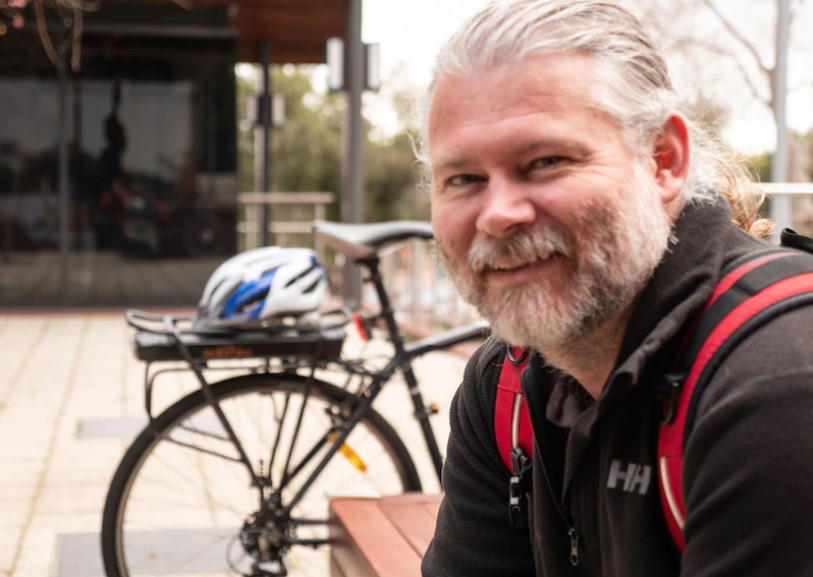 “I think a lot of people, especially in Perth, have always viewed bicycles as toys or recreation; they’re very rarely viewed as transport.”

But that is rapidly changing.

“[E-bikes] are the most abundant EV on the market right now. E-bikes are outselling electric cars 10 to one,” he said.

“The battery on my e-bike is about half a kilowatt hour. Based on Synergy [WA’s energy retailer] rates, that’s anywhere between 3.5 and 7 cents to fully charge the battery,” Dr Jones said.

‘You’re halfway there before you know it’

In the Perth hills, we met Andy, who had ridden his bike into the Kalamunda town centre to do some shopping.

He bought his e-bike second-hand six months ago after his licence was suspended and said it had been a practical replacement for the car, and one he planned to keep using even when he got back behind the wheel.

“It’s more fun riding to the shops and getting around than getting in the car and driving in traffic,” he said.

“And I haven’t had to worry about fuel, so that’s been good, especially with the price of fuel now. You get the pick of the parking spots.” 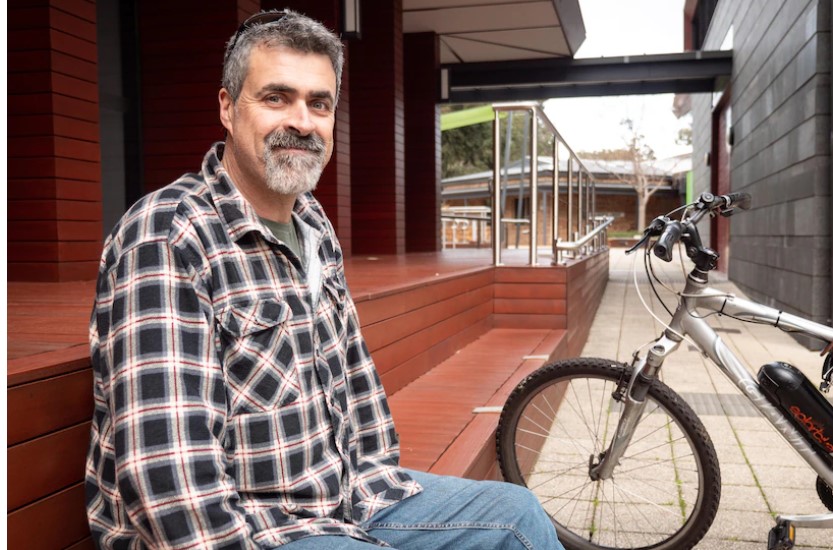 Andy got his e-bike six months ago, and says it is more convenient for short trips than driving.(ABC Radio Perth: Emma Wynne)

He has used push-bikes and motorbikes before, but the thing that surprised him most about the e-bike was just how easy it was to get around.

“It’s easier than walking out to the car and jumping in and all that turning it on and getting on the road,” he said.

“You’re halfway here before you know it.”

But it has highlighted for him the gaps in cycling infrastructure in his neighbourhood.

“The paths could be better, that’s for sure. I wouldn’t have picked up on that before.”

While there is nothing that an e-bike can do differently to a pedal-powered one, the powered motor removes barriers to cycling for trips where people would otherwise use their cars. 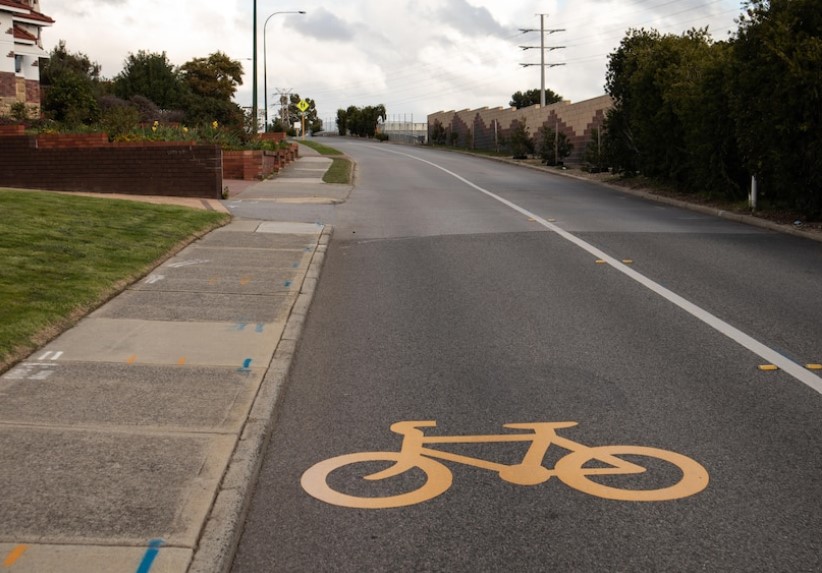 An electric motor takes away a lot of the difficulty in riding up hills.(ABC Radio Perth: Emma Wynne)

It is also attractive to people who want to ride but don’t have the fitness or desire to work up a sweat, but want to keep riding, according to Henry Shiel, who works at Fremantle e-bike shop Solarbike.

“We see people who, for example, want to commute a relatively short distance, but don’t feel that they want to work up too much of a sweat,” Mr Sheil said.

“The electric bike is like having a little helping hand pushing you along, you still make some effort, but you don’t work up the same sweat otherwise.

“In addition to that, quite a few parents drop their kids off to school with the bikes.

“We also have people who are older, or people who have lost perhaps a sense of balance, maybe after a little medical episode.”

He said the shop recently sold an electric tricycle to a young man with a disability.

“He can go out with his family and keep up with them, and his father has told me that has been really a huge benefit to the young man in terms of his independence.

“And there’s definitely a portion of people who have decided to eliminate the car, for the cost and the environmental impact.”

While most e-bikers choose to pedal while assisted by the motor, they do often come across the attitude that having a motor to assist is somehow cheating or failing to give them the full exercise benefit from cycling.

“I found that [having the motor] meant that I used the bike on days that I otherwise might have gone: ‘Oh, it’s too windy, it’s too rainy, it’s too hot’ and taken the bus, or driven or something else.

“Whereas with the e-bike, I found that I actually use the bike a lot more, and therefore my aerobic fitness, felt the benefit of that.”

Removing that temptation to just jump in the car is vital if Australia is to achieve a net zero emission target, according to Courtney Babb, senior lecturer in urban and regional planning at Perth’s Curtin University.

“As part of the move towards net zero, we need to move people out of cars and to reduce car use,” Dr Babb said.

“There’s a focus on electric vehicles as doing that, and reducing our emissions that way, but that’s not going to be enough, we actually have to reduce car use.”

He says there is good evidence that e-bikes did that.

“Research shows e-bikes replace 20-80 per cent of trips in different cities around the world, with the cycling-friendly cities having the higher rates,” he said.

He noted since the start of the COVID pandemic, there had been a growth in sales of both bikes and e-bikes, but there were still barriers, and one of the key ones was cycling infrastructure.

“One of the main drivers for people to cycle is having safe cycling environments,” Dr Babb said.

“We have a very good primary cycling network [in Perth], although it could also be better.

“But what’s missing is a lot of the secondary links … cycling on local streets and roads in general is considered unsafe.

“The United Nations recommends that about 20 per cent of transport budgets are dedicated to active transport, and I think about 2 per cent of ours is.”

A number of Australian states and territories now offer subsidies and rebates to buy electric cars.

Dr Babb suggested governments could look at extending that financial support to e-bikes as well.

“I think if the government was serious about de-carbonising transportation, but also addressing some of the issues associated with a very car-focused, car-dependent transport system, we need to think about solutions other than just electric cars and providing subsidies for people for e-bikes might be one way of doing that,” he said.

“Even with a subsidy or a rebate for an electric vehicle, they’re focused on people who are on the wealthier end of the spectrum.

“With e-bikes, you can maybe address people who don’t have that much money to spend on an electric car and also substitute a lot of those trips within that 15-kilometre catchment where they live.”

“I think the fact that really efficient two-wheeled electric transport has been completely overlooked by the various schemes that are in existence is quite disappointing,” he said.

“I think governments often forget just how cheap e-bikes are as a transport option.”