All charged up: Councils push for kerbside car charging

Electric vehicle charging cables and plugs could be embedded in nature strips and footpaths in Melbourne’s inner north and west if two councils agree to implement trials for stand-alone homes that do not have off-street parking.

The push for more at-home charging options comes as public and commercial electric car chargers across the city have been plagued by ongoing faults and outages that providers have blamed on supply chain issues.

Under the Port Phillip trial, 10 households can pay around $5000 each to have a powerline and charger installed that will run from their home, underneath their garden and the footpath and come up 100 millimetres away from the kerb. They must also obtain insurance.

Fitzroy North resident Pat O’Sullivan recently cancelled an order for an electric car after realising the only place he could charge it was 2.5 kilometres away in neighbouring Brunswick, where one public charger is almost always in use and the other has been out of order for months.

O’Sullivan has been writing to the council for permission since February to install a kerbside charging port in the footpath outside his home at his own cost but hit roadblocks due to there being no pre-existing policies.

He said he hoped the Greens-run Yarra council would adopt a trial and noted that residents were already running illegal power extension cords over footpaths from their houses to charge their electric cars.

“I’ve seen two examples in a four-block radius,” he said.

“People are doing this stuff already. It would be much better if the council fixed the underlying problem and allowed them [electric car owners] to do it in a safe way.”

Similar trials have been undertaken by local councils in the UK, where shallow trenches are dug into the footpath to embed charging cables or chargers are installed in street lights. 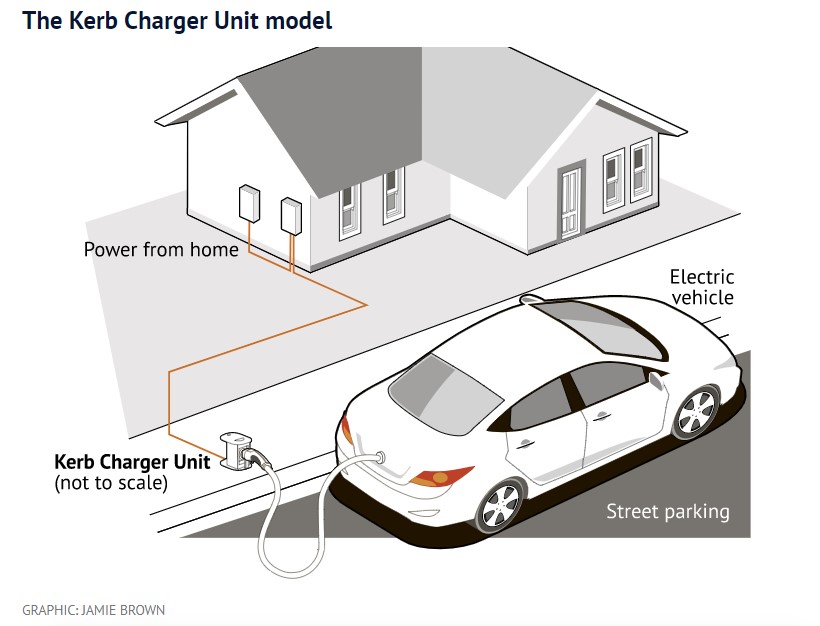 The kerb model would only be for residents who live in detached homes and those who had paid for a charger would not have ownership of the car spot next to the charger, as it remained on public land.

Mary Osman, acting planning director for the City of Yarra, told Tuesday night’s council meeting that there would be a report back to councillors once the trial finished in Port Philip with options for decision.

A motion will be considered at a Hobsons Bay City Council meeting next Tuesday to investigate a similar trial to Port Phillip Council, as well as partnerships with power providers Jemena and Powercor to supply charging facilities on their electrical poles.

Independent Hobsons Bay councillor Daria Kellander, who is bringing the motion, said she had also been contacted by a resident who cancelled an order for an electric car because of the lack of charging facilities in the area.

“When we look at our municipality, we only have three public electric vehicle chargers in an area with 100,000 residents and one has been down [out of order] for a number of months,” she said.

“Governments are implementing planning changes for future developments, but no one has looked at the legacy [residential] issues and that’s something that needs to be addressed.”

Melbourne company Kerb Charge is partnering with Port Phillip Council for its trial, which was greenlit in September last year. The first charger will be installed this month. 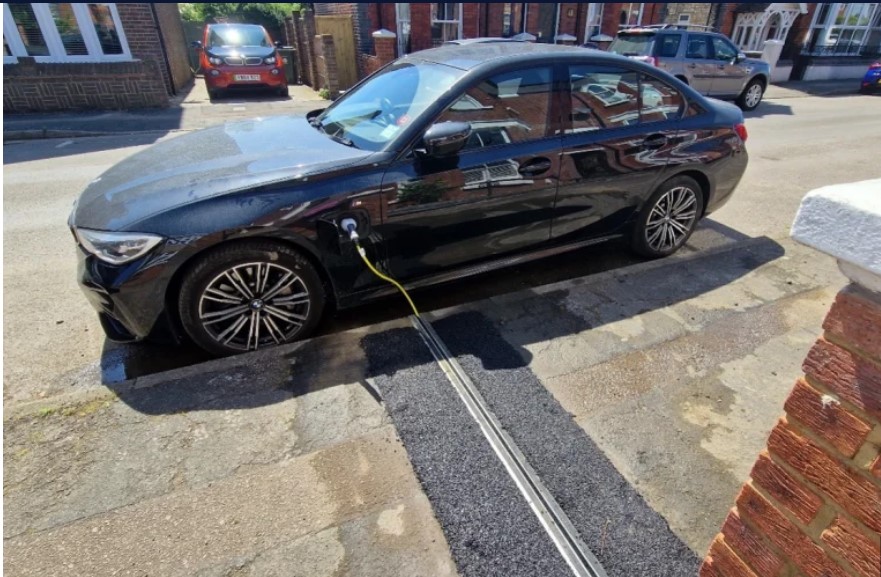 A pilot scheme in Central Bedfordshire Council in England allows electric vehicle owners to charge their cars on the street outside their homes with a charging cable embedded into the pavement.CREDIT:CENTRAL BEDFORDSHIRE COUNCIL

Kerb Charge spokesman Rod Walker said the units to be placed next to residential street gutters were “about as tall as a Coke bottle and a bit wider in circumference”. The chargers can slide flat into the ground when not in use and can even be mowed over.

The most recent available data shows there were 10,311 electric vehicles registered in Victoria as of June 2021, up from 6749 the previous year.