Back to the Future: Canberra filmmaker converting beloved DeLorean to EV to showcase growth of electric car industry

At least, that’s the thinking behind Canberra filmmaker Ché Baker’s latest project: a documentary following the conversion of his vintage DeLorean from a gas-guzzler to an electric vehicle.

Mr Baker’s DeLorean featured prominently in his most recent film, Blue World Order, which saw a fleet of the cars race across the then dried-up Lake George, just outside Canberra.

And he said none of his pride and joy would go to waste as a result of the conversion — the engine will be donated to the Australian DeLorean community for parts. 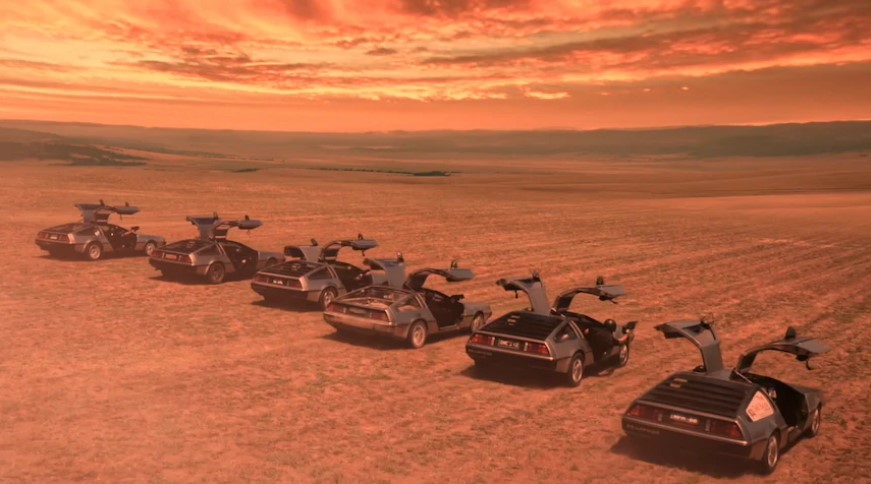 Mr Baker said his latest documentary would highlight how a traditional petrol car could be converted to electric, as well as exploring the state of the EV industry in Australia today.

“It’s a lot more than just the technology of electric vehicles themselves, but also how is that going to affect people’s lifestyles?,” he asked. 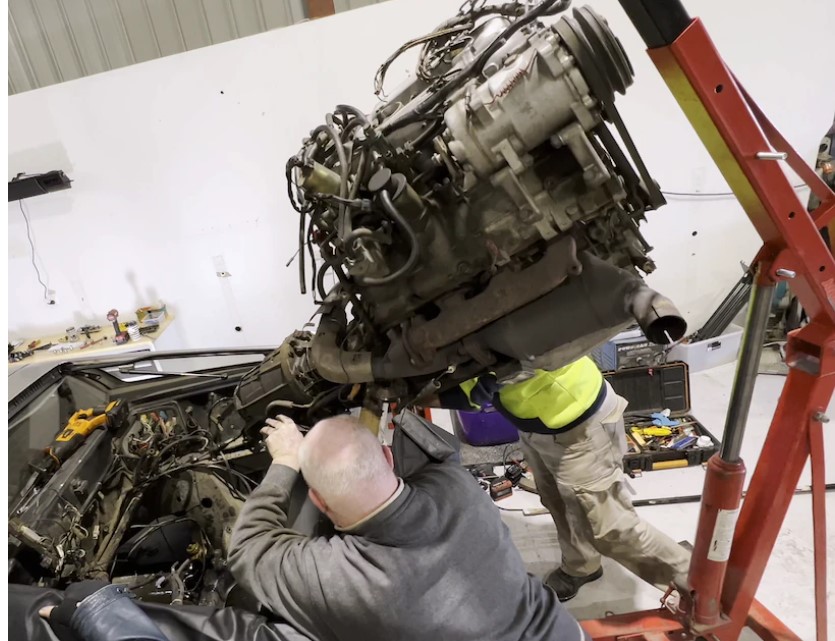 The DeLorean’s engine will be given to members of the Australian DeLorean community for parts. (Supplied: Ché Baker)

Is converting my car to electric a good option?

Sure … if you have the money. 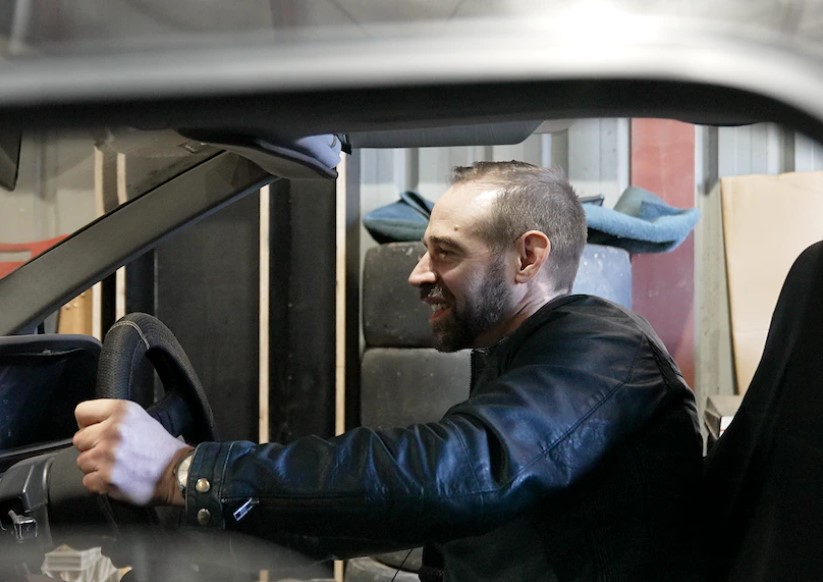 Che Baker inside his DeLorean in the moments leading up to its engine being removed.(ABC Canberra: Donal Sheil)

Mark Hemmingsen is the managing director of Electric Vehicles Canberra, and is providing the technical expertise and workshop space to convert Mr Baker’s DeLorean.

He said conversion was a costly and time-consuming process. 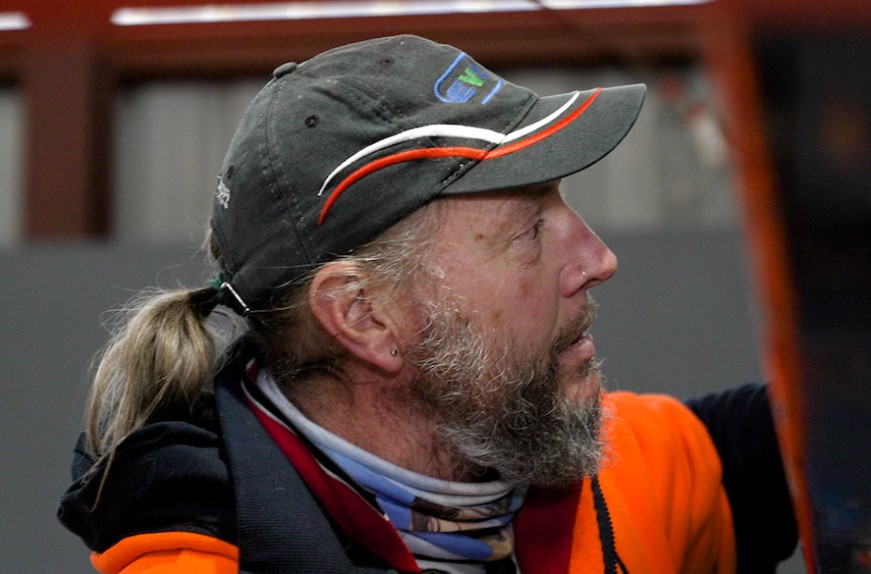 Mark Hemmingsen said the conversion was an opportunity to give apprentices invaluable experience.(ABC Canberra: Donal Sheil)

“On a good year, we could probably do 12 conversions a year.

“The big problem is that we’re reliant on other local industries to do fabrication for things like battery boxes and motor mounts, and if those companies are busy as well then we’re going to be delayed a little bit by that.”

Electric conversion has gathered enormous momentum for classic car owners who want to preserve their pride and joy in a sustainable way.

For the everyday city driver, though, Mr Hemmingsen said second-hand EVs were the best option.

Mr Hemmingsen said not only was buying an EV going to be cheaper in the future, but there would also be a growing second-hand market and the ability to replace the batteries as technology evolves.

“If we’re going to prevent them going to landfill, we take the battery out, we swap it over, we’re actually replacing it with a battery that’s twice the capacity of the original battery that was in there,” he said.

He said specialised conversion kits for petrol cars would likely drive down the cost in coming years, but that replacing batteries for existing electric cars for the second-hand market would likely remain the best entry-point for consumers.

Are mechanics prepared for the impending EV boom?

“We do need to skill-up in that field … your average three-year mechanic apprentice, they won’t have that experience,” he said.

“And there are only a handful of units within TAFE programs that give those trades exposure to electric vehicle technology, it needs more work.”

Mr Hemmingsen said he was using the DeLorean conversion as an opportunity to give his apprentices invaluable practical experience, to make up for the lack of formal training in the industry.

Mr Jones said the “right to repair” debate surrounding smartphones and other appliances was also likely to gain a new battleground in the form of EVs, if battery replacements and other upgrades were made more difficult by manufacturers in the future. 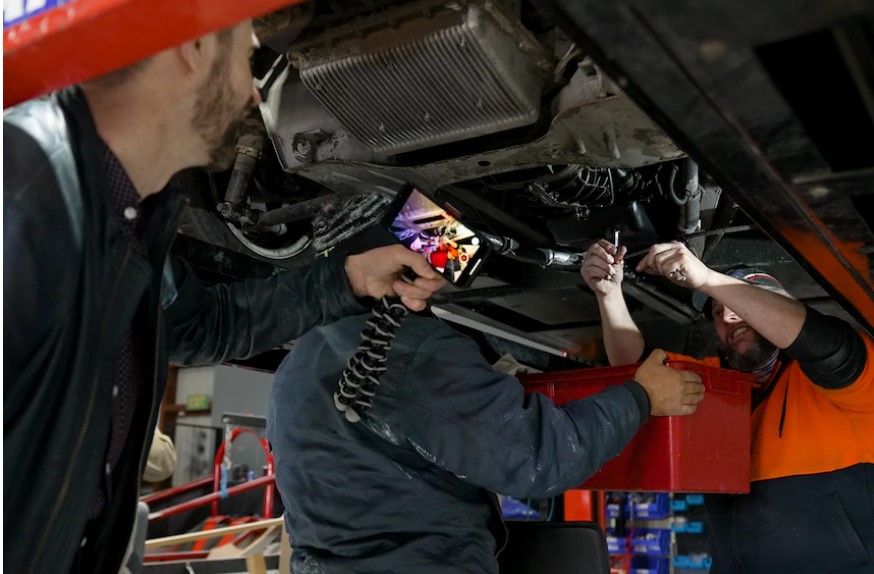 Ché Baker is using his DeLorean as a head-turning hook for his EV documentary.(ABC Canberra: Donal Sheil)

“They’d rather you went and bought a new car again, they’ve got all sorts of reasons for that, but mostly they’ll just make more money selling you a new car than they would by doing upgrade parts,” he said.

“In my experience, these old electric vehicles have nobody that’s interested in doing the work on them.

“We feel very confident in doing the work, and we can pick up these old vehicles that the current industry is not really interested in keeping going.”

Extracted in full from: Back to the Future: Canberra filmmaker converting beloved DeLorean to EV to showcase growth of electric car industry – ABC News