NZ: How are supermarket petrol stations selling some of the cheapest fuel in the country?

Motorists who pick up petrol with their groceries may have been getting some of the cheapest prices for their fuel, new data shows.

The two supermarket chains both tempt shoppers with petrol deals.

Foodstuffs, the owner of New World and Pak ‘n Save, has 52 fuel sites located at some of its supermarkets nationwide, and offers discounts for them at the checkout.

American wholesaler Costco has also entered the petrol game in this country, opening its petrol station at the site of its new store in Westgate, Auckland.

Gaspy managing director Mike Newton looked at the prices at petrol stations within a 5-kilometre radius of a supermarket fuel station in four regions over the past six months.

The data showed in the first week of the month from February until June, the average price of petrol at New World fuel in Miramar, Wellington was often 10 cents cheaper than the nearby Z, Mobil and BP.

This was the same at Pak ‘n Save Fuel in Mt Albert, Auckland and New World Fuel, New Plymouth (against Z, BP and Mobil).

But in Christchurch’s Pak ‘n Save Fuel Moorhouse Ave, the average price of petrol had been on par with Z, BP, and NPD for the past six months.

Newton sampled the prices at midnight on a Monday night to try to be outside the times when the stations might be changing their prices.

“However, it is possible that a station might change their price just prior to closing for the night and a Gas Spy happens to observe this change and update the app,” he said. 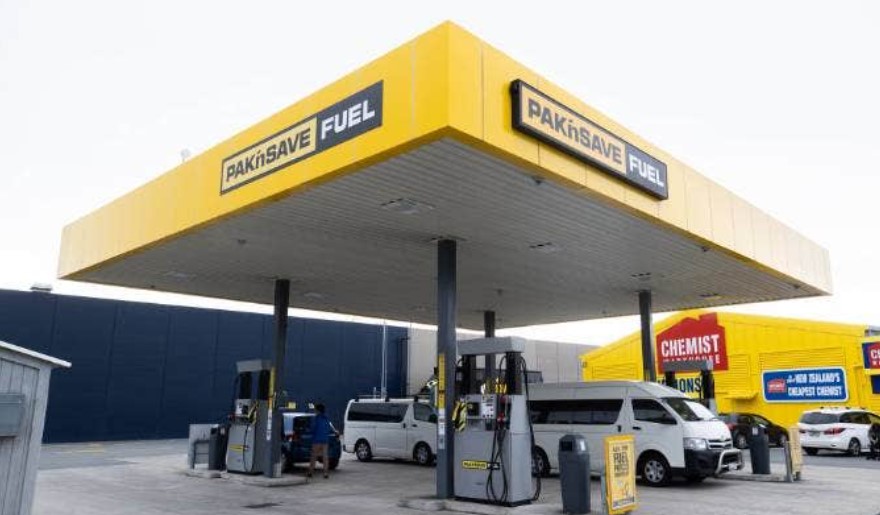 Foodstuffs, the owner of New World and Pak ‘n Save, has 52 fuel sites located at some of its supermarkets nationwide.

Emma Wooster, head of public relations at Foodstuffs New Zealand, said the way the business operated meant it could offer cheaper fuel. It had started selling fuel almost 20 years ago.

Its “pay at pump” self-service model meant it was able to keep its overheads low and fuel prices competitive, she said.

Wooster said the price of fuel did not affect the price of groceries, but shoppers received discounts on fuel by shopping in store.

“The discounts, whatever the size, are solely funded by the co-operative.”

She was unable to disclose some information, such as how much profit the company made from fuel, citing commercial sensitivity.

He said it was a “strategic move” for the supermarkets. They gave up some margin but could “capture spend and goodwill over competitors”.

Typically, discounts had needed to be sizeable, before they were a real “call to action” for consumers.

But in the current climate, and with staples – such as petrol and groceries, it did not take much to capture attention, spend and goodwill, Wilkinson said. 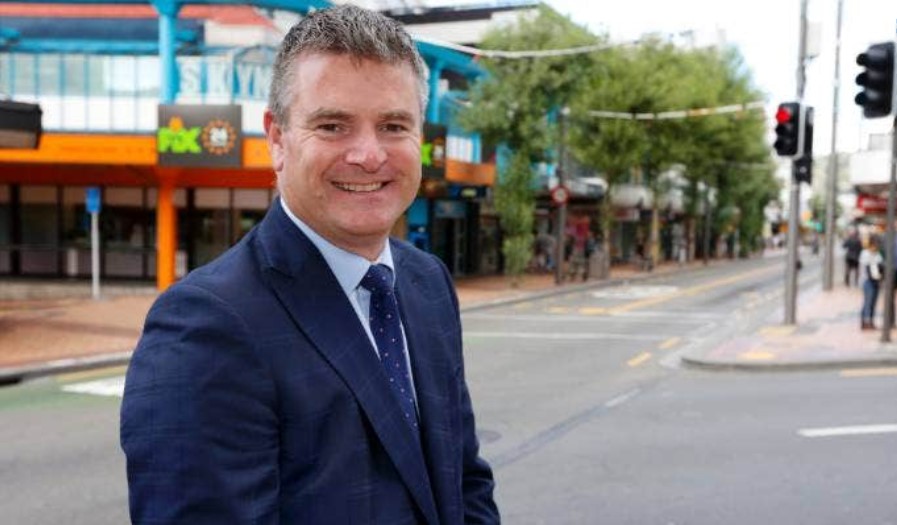 Consumers were especially savvy with petrol pricing, which was evidenced by regular chatter and commentary on social media platforms, he said.

“They are leveraging plans such as SuperGold discounts and orientating petrol purchases around the frequent ‘discount days’ in order to save money.”

New World and Pak ‘n Save shoppers could get up to 40 cents off at its fuel sites, and Z Energy, by spending up to $200. If they spent $1, they would receive 6 cents off.

Countdown Onecard users could link their card to AA Smartfuel and get 3 cents per litre off with a weekly $100 supermarket shop, or 6 cents off with every $200 spent.

A Countdown spokesperson said its Onecard programme had more than 1.6 million members, and it began its partnership with AA Smartfuel in 2016 as another way of rewarding Onecard customers.

Costco opened its first New Zealand 27-pump fuel station in Westgate in April. It is expected to keep pressure on competitors. 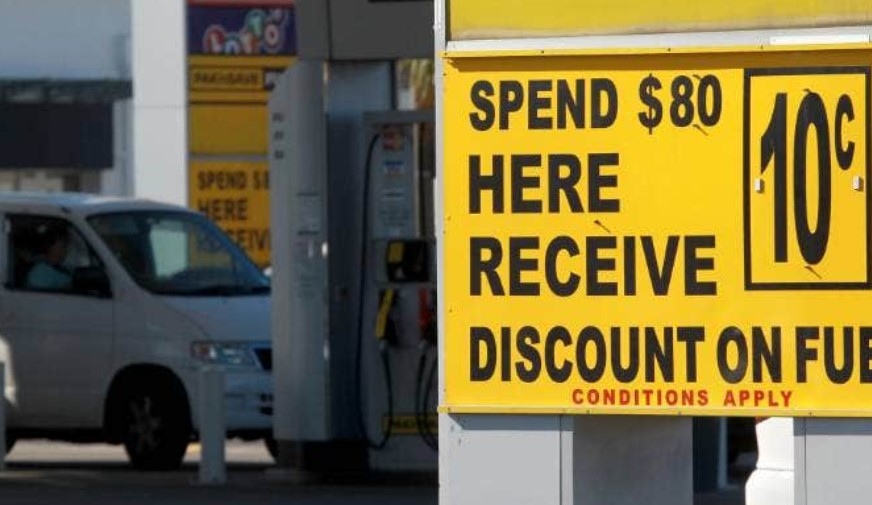 New World and Pak ‘n Save shoppers are treated to fuel discounts when they buy groceries.

The big box retailer could keep prices lower because people had to be members to purchase fuel. In America, membership sales make up about 75% of the chain’s profit.

And although it might be far from many shoppers, Wilkinson said consumers would still travel within a reasonable radius of their traditional fuel destination if there were more advantageous offers.

“We are seeing this with the growth of NPD, Waitomo and Gull stations that are more focused on low everyday pricing which is consistent and clearly understood, as opposed to the Wednesday discounts BP offer, or other standard deals tied to supermarket spend,” he said.

“Supermarket deals are also usually orientated around anticipated quieter periods – such as midweek, and these tend to drive existing customers of the brands to purchase – rather than attract customers from competing brands.”

Wooster said the quality of the fuel at Foodstuffs’ outlets was exactly the same as any other petrol station.

A Z Energy spokesperson said the company had a supply contract to provide fuel to Foodstuffs fuel sites across New Zealand, but the terms of that agreement were commercially sensitive.

Extracted in full from: How are supermarket petrol stations selling some of the cheapest fuel in the country? | Stuff.co.nz