The eagle eye of a service station attendant who had just been held up at knifepoint has helped police track down his alleged attacker.

Riverina Police District’s Inspector Winston Woodward said the balaclava-clad man allegedly brandished a knife and threatened a man working at the Metro service station in Cootamundra before taking off with cash and stolen goods.

Officers were called to the business at the corner of the Olympic Highway and Hurley Street around 7.40am.

The service station attendant was not physically injured in the ordeal, and the alleged bandit made off from the scene with money from the till and cigarettes.

Undeterred from the ordeal, the service station employee then followed the man out of the shop and spied the apparent getaway car, police said.

“The console operator, he actually came outside and saw the male go around the corner … saw him walk in that direction and then saw a white utility drive off,” Inspector Woodward said.

“Cootamundra general duties and highway patrol have recognised the vehicle – they’ve known it from around town – knew it would be parked at an address where they attended.

“As a result of their inquiries at the residence, a 26-year-old male was arrested and brought back to Cootamundra police station.”

Inspector Woodward said the man was not known to police, but small-town policing and the ute’s “distinguishing features” helped officers track the vehicle down.

“Cootamundra is a small town, police get to know nearly every vehicle that drives around that town,” he said.

“Police have seen the vehicle around town before and as a result of that they knew whereabouts the vehicle resides in the town.”

A 26-year-old man was charged with armed robbery, being armed with intent, vehicle theft, intimidation and driving with an expired licence.

He is due to face Wagga Local Court on Wednesday after being initially refused bail by police. 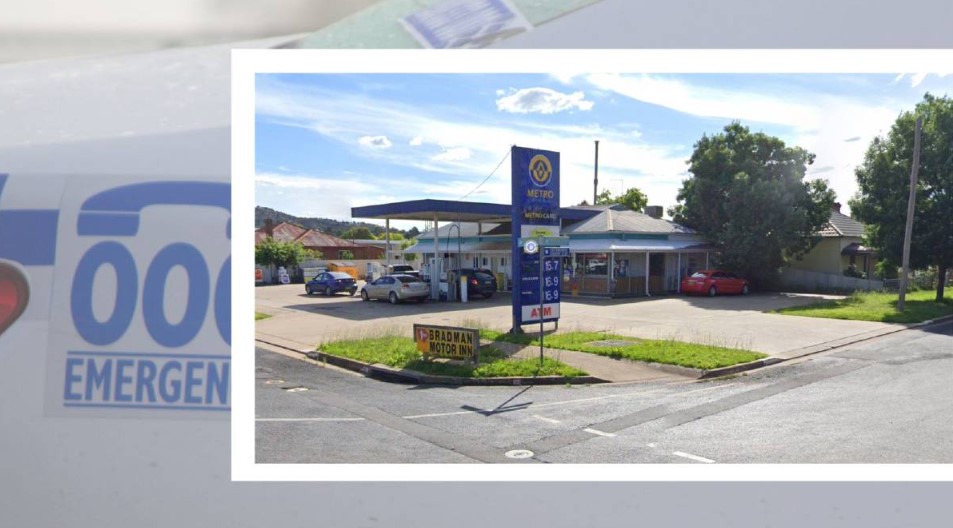