Dramatic footage helped police identify the “distinctive voice” of a robber who held up a Warrnambool service station in a zombie mask, while brandishing a knife.

Dramatic footage has emerged of a knife-wielding bandit who wore a zombie mask in a terrifying armed hold-up at a Victorian service station — all for just $190.

Sam Keegan, 29, tried to hide his identity by wearing the costume mask when he stormed the BP on Raglan Parade in Warrnambool just after midnight on December 9.

“Just give me the cash and nothing will happen,” Keegan threatened the woman while brandishing the 20cm blade.

The woman, who was working alone, opened the till and placed $190 on the counter.

Keegan snatched the cash and said “don’t call the police” before he fled the store.

The employee activated the security alarm, with police arriving minutes later to find her shaken and frantic. 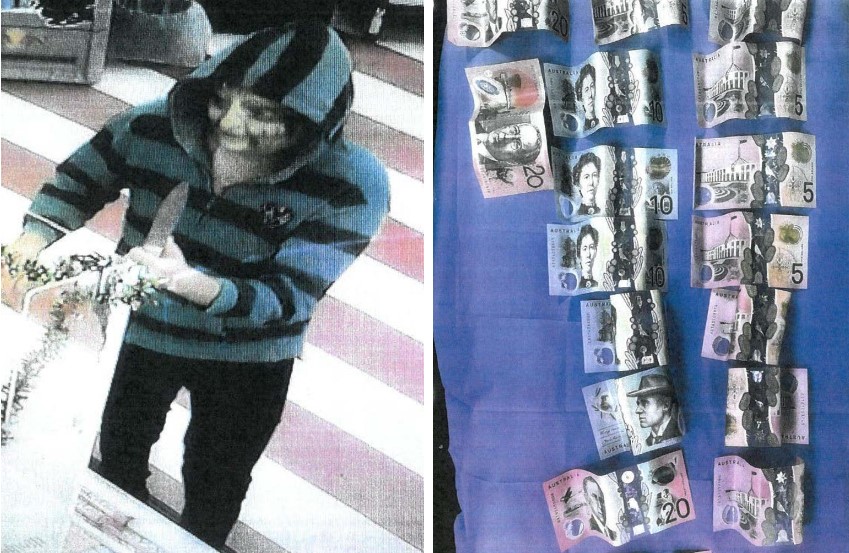 While his face was obscured by the mask, detectives were able to identify the local thug as the offender from CCTV footage due to his “distinctive voice” and “walking gait”.

A search of his home — 500m from the crime scene — uncovered the stolen money, zombie mask and knife.

Keegan initially told police he did not remember attending the service station and the items found at his house were just a “coincidence”.

He said he had drunk a bottle of whiskey the previous day and was sound asleep at the time of the robbery.

But he later pleaded guilty to one count of armed robbery in the County Court and was on Tuesday ordered to spend at least 12 months behind bars.

Judge Anne Hassan slammed Keegan’s offending, particularly given he was on two community corrections orders at the time over an aggravated burglary, theft and assault.

“Your offending was against a soft target, a woman working alone at night in a service station,” Judge Hassan told Keegan when sentencing him to a maximum two-year jail term.

She said she was “guarded” about his prospects of rehabilitation with his criminal history an “aggravating feature”.

But Judge Hassan accepted Keegan showed remorse and took into account no injuries were caused by his offending.

The court heard Keegan was diagnosed with autism from a young age and also suffered from an attention-deficit and hyperactivity disorder.