Toyota claims to have “demonstrated the potential application of hydrogen technology” by using a stationary fuel-cell power generation unit at an AFL game.

Toyota says the EODev is capable of producing approximately 80kW of power, but only 10 to 15 per cent of this capacity was required this time.

Running in the lead-up and during the game, the EODev provided 105kWh of electricity over seven hours and used a total of 6kg of hydrogen.

Toyota claims by using the EODev unit instead of power off the grid, it saved roughly 100kg of CO2 emissions.

Toyota Australia manager of energy solutions Matt Macleod said this demonstration of the EODev unit was supposed to showcase the broader applications of hydrogen fuel-cell technology beyond the transport sector.

“Partnering with the AFL to help power the Round 19 games at Marvel Stadium shows the incredible scope this technology has, all while producing no CO2 emissions.”

In addition to having the EODev unit powering the Marvel Stadium sign and Western Bulldogs coaches’ box, Toyota had an activation display that had a cross-section of a previous-generation Mirai and its FCEV powertrain on show.

The Mirai can hold up to 5.6kg of pressurised hydrogen in its three tanks and be filled up in five minutes, according to Toyota. When oxygen meets stored hydrogen, the chemical reaction creates electricity to (in this case) drive the wheels, with water the main tailpipe emission.

It can cover a claimed 650km per fill, but a team in the US ‘hypermiling’ recently set a new world record distance of 1360km on a single tank of hydrogen. 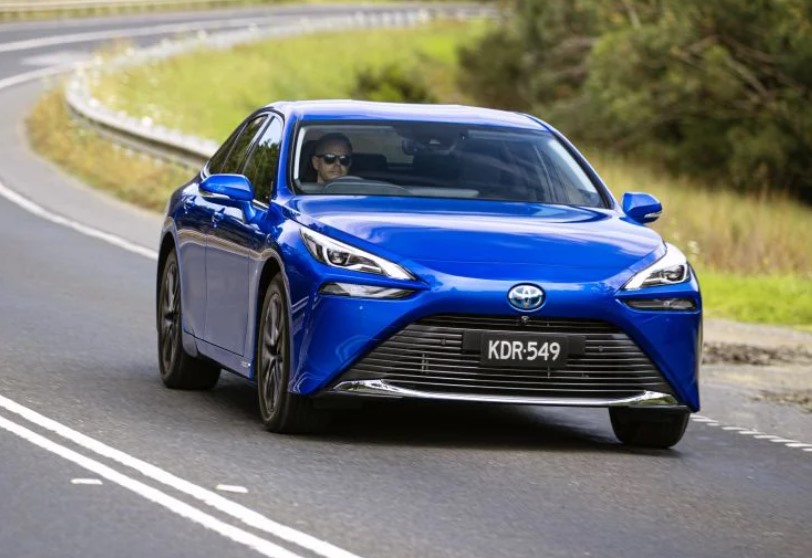 Power is handled by a single rear-mounted electric motor producing approximately 134kW of power and 300Nm of torque. The claimed 0-100km/h sprint time is 9.2 seconds and the top speed is 175km/h.

The Mirai also has a 1.2kWh lithium-ion battery for storing energy produced by the fuel cell and regenerative braking.

It’s worth noting the Toyota Mirai is only available for fleets and not for consumer purchasing at all.

Besides Toyota, other manufacturers such as BMW, Hyundai and Land Rover are seen as backers of hydrogen fuel-cell technology.

In contrast, Mercedes-Benz has moved away from hydrogen in all but its heavy commercial vehicles, and the respective heads of Volkswagen and Tesla, have previously labelled FCEVs a distraction. 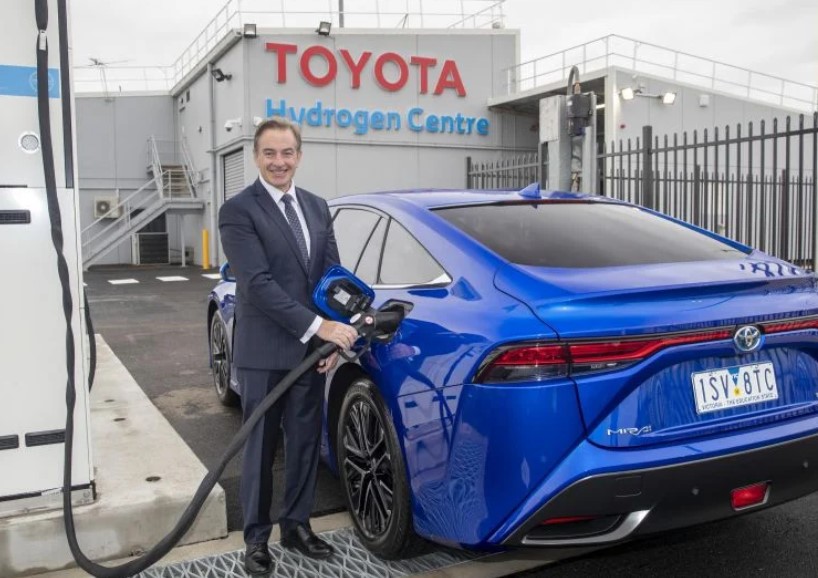 Hydrogen is still a burgeoning fuel source in Australia, and at this stage is understood to be most viable in large-scale, commercial uses.

There are currently two publicly-available hydrogen refuelling stations in Australia. One is operated by Toyota in Altona, Victoria, and the other is operated by ActewAGL in Canberra. Both serve government or council fleets of passenger cars.

Victoria, New South Wales and Queensland recently announced they are collaborating on a renewable hydrogen refuelling superhighway to connect the country’s eastern seaboard.

Up to six stations are being developed in Queensland, each of which is led by a different company. One of these stations is going to be at a BP truck stop at the Port of Brisbane.