They are a mature business, a large multi-site operator that crosses State borders and has developed and rolled out some truly stunning sites and commercial partnerships over the years.  They are also active members of their communities, dedicated philanthropists and retail innovators.  Jasbe Petroleum is also the focus of this weeks ACAPMA Member Highlight.

ACAPMA Members are a diverse group.  From single site operators, to lone tanker distributors, right through to large multi-site-operators and extensive distributor businesses, all the way up to major national chains.  As a small industry there is a community of operators and owners, that have genuinely leant on each other over the last trying two years.  This year ACAPMA will be highlighting more than the compliance, information, strategy and advocacy that concerns members.

“In addition to our usual news this year we will also be highlighting the members themselves.  From the supplier Partners, to the retail and distribution Members.  Our members have stories to tell, but are a humble bunch.  Honestly the level of community support, retail innovation, charitable activity, service and hard, hard work that the humans and businesses in this industry demonstrate never ceases to make me proud to know them.  But I remain convinced that they could all do a better job of stepping into the limelight and taking a bow once in a while” says ACAPMAs Elisha Radwanowski.

Long time member Jasbe Petroleum recently sat down with Convenience World to talk about their experience with growth of offer, network and approach during a period of uncertainty and pressure.

Quietly growing its presence and offer in the market despite tough times, Jasbe now has 52 operational sites after adding six new outlets in Victoria and NSW. The chain’s Managing Director spoke to Convenience World in an exclusive interview about refining its food offer and changing consumer perceptions of convenience retail. 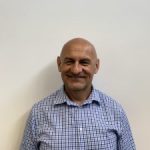 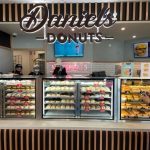 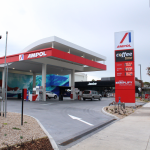 Changing rules and compliance with health orders have been the resounding challenges for businesses through the Covid pandemic, and according to Jasbe Managing Director Miro Sloup, lack of notification in terms of some of those orders has been especially challenging to deal with.

“If it wasn’t for ACAPMA, I don’t know what we’d have done, because they sent out daily emails with updates about what’s happening in the various jurisdictions,” he says. “That was really helpful.

“We’re not a small organisation, but I’d hate to think of what some of the other organisations that aren’t as big as us and don’t have the resources would have done without that kind of guidance.”

As with many businesses, Jasbe has been impacted by staffing issues due to Covid cases, forced to close sites over a number of days and dealing with supply issues and the shutdown of construction sites in Victoria, along with changing timelines.

“We opened five sites in the second half of 2021 in Victoria and one in NSW,” says Mr Sloup. “Thankfully, NSW didn’t have a massive construction shutdown, but we changed opening dates four times because of all those constant changes.”

Despite the challenges, Jasbe has experienced a lift in retail sales throughout the pandemic, Mr Sloup says, attributing this to consumers, particularly in Victoria, not wanting to visit larger sites.

“We had a spike in coffee sales and general convenience store sales,” he says. “It’s very unusual in our industry because, for a long time, there’s been a big correlation between fuel volumes and shop sales.

“There are formulas that have existed for 20 years … that are now being thrown out the window really quickly because we’ve had fuel volumes go down by 40 or 50 per cent. But our shop sales have gone up. Now, that’s unheard of.”

Making sure the offer is right and providing a safe and clean environment for the customer have been critical over the past two years.

“Along with that, you’ve got to have the products, the service, and provide an environment [for customers where] the service station and toilet facilities are clean, the staff are presentable, [with] products to match,” says Mr Sloup. “We can go a long way to holding a lot of those sales and then, when volumes come back, we’ll be in a good position.”

He says staffing shortages, which have affected all industries and are expected to continue for the next 12 months, have been the biggest issue when opening a new site. With the difficulties in finding employees, the business has had to consider reduced operating hours in some of its 24-hour stores.

“We have a lot of students that are workers and a lot of travellers and transient workers, which hospitality has lost as well,” says Mr Sloup. “That’s just a snowball effect.”

He adds that Jasbe managers and head office employees have even been approached by other companies.

“Staffing shortage is a big challenge right now and … it’s not going to be a quick fix,” he says. “Recovery is going to take time as restrictions ease and borders reopen.”

Read the interview in full in the January-February issue of Convenience World.