ACAPMA remembers Ivan Hollows, a titan in the industry and a behemoth of a man, who passed away earlier this week.

Ivan commenced as an Esso fuel distributor in 1969 servicing the Wandoan region of Queensland.  After five years in operation a take over of a retail outlet in Ashgrove marked the first of many expansions over the years that saw the business expand into New South Wales with distributorships in Lismore, Coffs Harbour and Grafton.

In 1990 when the Esso retail network was purchased by Mobil a 50/50 partnership with Mobil saw the creation of a new company that is today known as Pacific Petroleum and that became 100% family owned in 2005 when the 50% Mobil stake was purchased back.

“Ivan was indeed a titan.  Grumpy in a way that seems characteristic of the old olies, he also had a laugh that you could feel at the back of your chest and a smile that would genuinely light up a room, and a slap on the back that could knock you flying” notes ACAPMAs Elisha Radwanowski.

As Ivan took a back seat and then retired the family business was ably headed by son Michael Hollows with daughters Kristy and Kerry also in active management roles.

“Like most patriarchs Ivan retired, but was never far from the business, and was giving Michael, Kristy and Kerry ‘feedback’ and support until his passing” added Elisha.

Ivan passed away in his sleep late on Friday 1 April 2022 and is survived by his wife, children and grandchildren.

A memorial service for Ivan will be held at the Grand View Hotel in Cleveland (Brisbane) QLD at 14:00 on Wednesday 13 April 2022.

For those whishing to show their support and love, and to remember the big man, the family note that donations to the Cancer Council or the Fred Hollows Foundation in Ivan’s name would leave a more lasting legacy than flowers. 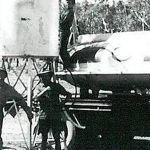 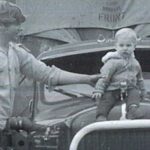 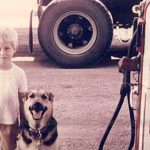