In October 2016, the Australian Government established the Migrant Workers Task Force and protected Professor Allan Fels AO, a former Commissioner of the ACCC, as the Chair of the Task Force.

Since that time, this high-powered and multi-agency task force has been examining issues associated with the employment of more than 870,000 migrant workers in the Australian workplace – more than half of whom are international students.

The final report of the Task Force was delivered to the Federal Minister for Jobs, Industrial Relations and Women – the Hon. Kelly O’Dwyer – in February 2019 and was subsequently released by the Government into the wider community this week (See HERE.)

The 141-page report is scathing of current business practices, with Professor Fels stating that “The problem of wage underpayment is widespread and has become more entrenched over time”

In releasing the report, Minister O’Dwyer stated that “The exploitation of workers in Australian workplaces is not only illegal, it harms individuals, undercuts law-abiding employers and reflects poorly on Australia’s international reputation,”

“The Coalition Government has no tolerance for those who repeatedly and deliberately underpay workers, whether they are an Australian or a worker on a visa” the Minister said.

The Minister went on to state that the Federal Government has accepted the 22 recommendations of the Task Force in principle, noting that one of them refers to the introduction of criminal sanctions for deliberate exploitation of migrant workers.

“Only the most serious and egregious cases would be subject to criminal penalties, not employers that accidently or inadvertently do the wrong thing”, Minister O’Dwyer said.

The report comes on top of a raft of policy and legislative measures being introduced by the Australian Government to counter practices involving the deliberate exploitation of all workers.

These measures include the provision of a further $14.4M to the Fair Work Ombudsman to focus on enforcement actions targeting the protection of migrant workers and work on a model for a new Labour Hire Registration Scheme which will “reduce worker exploitation and drive behavioural change among labour hire operators in high risk sectors”, likely including the fuel retail sector.

“It is unfortunate that these new laws have been deemed necessary, but no fair minded Australian can reasonably oppose the recommendations identified in this latest report, albeit that a number are likely to be quite challenging to implement”, said ACAPMA CEO Mark McKenzie

“Not only does wage exploitation represent a gross breach of fairness from the perspective of the worker, it also provides businesses engaging in such action with an unfair and illegal competitive advantage – one that cannot be tolerated in our highly competitive market”, Mark added.

ACAPMA understands that the Australian Government will now consult closely with stakeholders as it considers how best to action the 22 recommendations contained in the report – including consideration of the most appropriate legislative mechanism to give effect to criminal sanctions for those engaging in deliberate exploitation of migrant workers.

“We will participate in this process and provide further information to ACAPMA members as it comes to hand”, said Mark

In the meantime, any member unsure about the legal requirements for employing migrant workers in their business should contact the ACAPMA Employment Services team on 1300 160 270 or send an email to employment@acapma.com.au to clarify the requirements of current law. 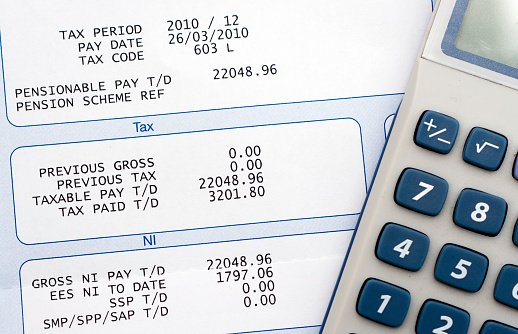 Read More
Failure to correct $21,748 worth of underpayments results in more than $3 million fines